When the "Ugly American" abroad takes on a more literal meaning. 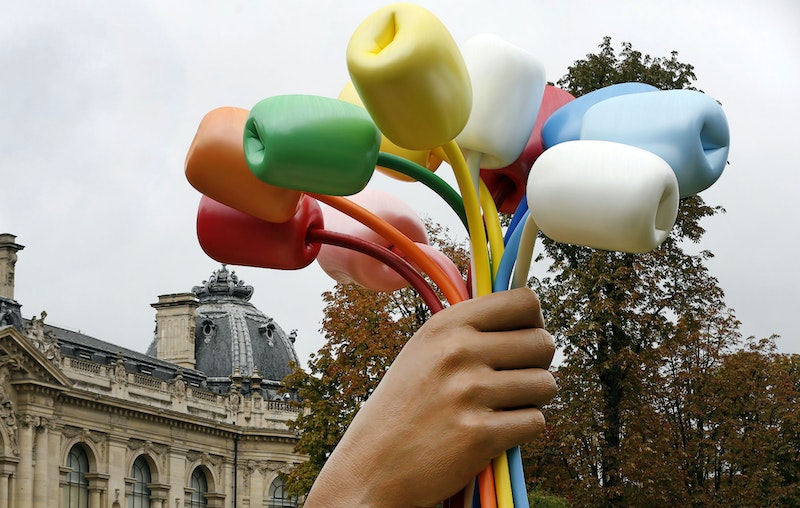 “American in Paris” began with James Madison signing treaties and ended with Jim Morrison dying in a bathtub. Since then the identity has become more democratically available thanks to cheap flights, packaged vacations, semesters abroad, corporate job assignments and, more recently, Air BnB.

It’s never been my desire to think of myself as an “American in Paris” or call myself an “ex-pat.” Perhaps it’s a question of honesty. I wasn’t a doughboy or a G.I. and it was never my goal to be Gene Kelly, Ernest Hemingway or Henry Miller. There are people who’ve been here 40 years and don’t speak any French. Why? Maybe it’s a point of pride; maybe it’s a desire to remain a tourist forever. I guess I could understand both these positions. I haven’t sought out or purposely avoided the ex-pat community.

I don’t think it would be honest for me to speak of  subjects like trips to vineyards, fine dining experiences, late nights of love and laughter in Montmartre, visits to prostitutes or ménage à trois, hunting trips to Africa, running with bulls in Pamplona or hanging out with destitute nobility. Here’s a recent and very memorable experience.

I enjoy taking walks through Paris. I often opt for streets or neighborhoods I’ve never visited before. But I also have certain places that I like to return to; Place Concorde is one. I get to it by crossing the Tuileries garden. It’s large, open to the sky; an Egyptian Obelisk is there, the Hotel de Crillon, the National Assembly (the French House of Representatives), a fountain. It’s especially beautiful at twilight. Recently Jeff Koons had a statue placed not far from the Place in honor of the victims of the Bataclan terrorist attack; I walked over, checked it out and took a photo for a friend.

I’d been walking for about 90 minutes and had almost arrived when I had a pressing need to use a restroom. Since I’ve been to Place de la Concorde many times I knew there were no cafés but that there was a public toilet not far from where the statue should be. These public toilets are very particular. They are gray oval structures about six feet deep, four feet wide and nine feet high with an automatic door. They have an irrigation system by which, after each use, they’re thoroughly cleaned. You can enter if the outside light is green. If the light’s yellow or blue, you must wait for it’s either occupied or being cleaned; finally, if it’s red, it means it is out of service. These structures are found all over the city. Usually they’re relatively clean.

I got to the toilet and the light was green, so I pushed the external open button, the door slid open, it looked clean so I walked in. I turned to press the “close the door” button and saw that someone had spread excrement all over the control panel as well as the emergency exit on the back of the door. I froze in place, disgusted. I was torn between my immediate biological urgency and the desire to leave.  Suddenly, the door closed automatically. The decision was made. Trying to breathe as little as possible and with an extreme caution not to touch anything “I made water” as the expression goes. Fortunately I had some Kleenex in my pocket so I pressed the exit button and the door opened. I dropped the Kleenex on the floor and I left, feeling as unclean as a leper.

As I walked, I looked out before me at the world now gone suddenly insane as I tried to think who could’ve had such an idea? What hatred they must feel towards other people. Isn’t the world bad enough already? I walked, revolted, feeling like I was going to vomit at any second. I came to the end of the path; I looked up. There it was, Jeff Koons’ statue. I stood there and gazed upon it. And all the time I just kept asking myself: why?