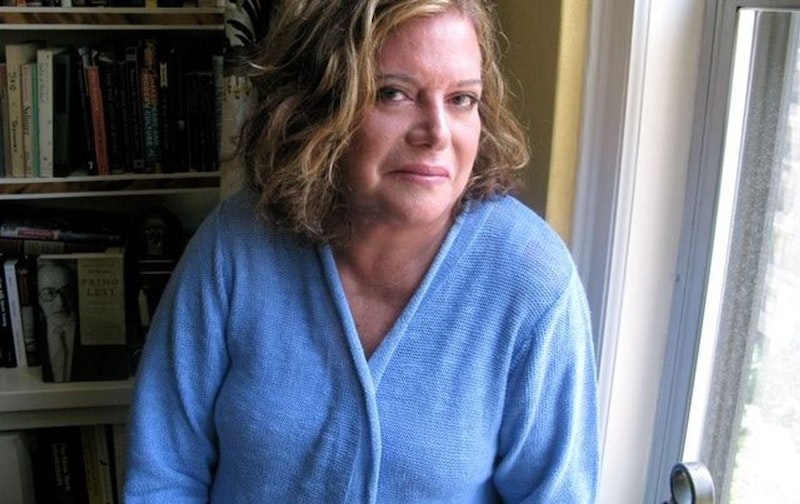 Daphne Merkin’s novel 22 Minutes of Unconditional Love has a twilight-zone quality; one braces for some strange turn: that the callous lover over whom the narrator obsesses is actually a department-store mannequin, perhaps. But no. He’s a man. She’s a woman. He’s dominant; she’s submissive. He’s cold and rude, and it turns her on. She can’t get enough of him, even though she knows he’s bad for her. But he’s also bad for us, the readers, because he’s a bore.

I didn’t like Howard Rose, and I didn’t want the narrator, Judith Stone, to like him, let alone love him. Perhaps that’s the key to his appeal: that he has no appeal; that he’s a jerk, that his obnoxious behavior is repetitive and unimaginative, that the relationship largely consists of him insulting her over the phone; and therefore the reader is drawn in, wanting Judith to be freed from Howard Rose (in the narrative he’s always known by both names), wanting her to move on, but that’s something she can’t entirely do, even when she does.

Domination and submission are fascinating, taking a hold on the imagination that’s not limited to a subculture of fetishists. They’re themes that wind through the arts over the centuries; in the Met Museum hangs a copper plate, circa 1480, depicting a wife going medieval on her husband’s butt. They lace through the Marquis de Sade and The Story of O, reaching a broader familiarity in more recent decades with 9½ Weeks, Secretary, Fifty Shades of Grey and more.

22 Minutes of Unconditional Love carries a strong suggestion of being based on real-life events. Judith works, as Merkin has, in publishing. (Howard Rose is a lawyer.) In chapters labeled as “digressions,” Merkin steps back from the story and addresses the reader directly. “How much do I reveal without revealing more than you want to know?” she asks in one such chapter. This leads to a curious admonition: “Bored or distracted or busy, you will inevitably set this book down and go off to other claims: the phone ringing, a child crying, dinner to be cooked. Perhaps you are not the reader I want after all.”

She may have a point, in my case. One problem may be that I’m a man reading a book written primarily for women. The back cover contains blurbs from five people, all of them women (one is Carly Simon). Toward the end, she writes (and it’s not really clear if it’s Merkin or Judith speaking): “I know what you’re thinking, such a female preoccupation, this matter of feelings. No wonder men—the proper globe-striding men who write for The New York Times, the men who run the governments that never quite work—don’t read novels.”

Is it because men don’t care about feelings that Howard Rose is such a creep, such a dullard? His sexual techniques are rather conventional—one might even say “vanilla”—except they’re punctuated by him calling Judith a “bitch” or a “cunt,” demanding to know, “Do I own you now?” and saying he no longer loves her. There’s no over-the-knee spanking, no bondage, no wrestling, tickling or lift-and-carry. At one point, Howard Rose tells Judith to crawl across the floor, but doesn’t make her hold a legal file in her mouth like Maggie Gyllenhaal in Secretary.

The problem may be I was hoping for something like a collection of “Letters to Penthouse,” and instead got a novel with literary ambitions and philosophical overtones. But given the sketchy (in every sense) nature of Howard Rose, I wonder if someone might write a book retelling the story from his perspective, like the novel Wicked recast the Witch, or Wide Sargasso Sea put an entirely new perspective on Jane Eyre.

Near the end, Merkin/Judith recalls a man telling her that Howard Rose or whoever he was based on was unworthy of her. But that spurs this: “How little you know him, I thought: I must rescue him from your misunderstanding, feature him in all his complexity until you see him as I do.” Merkin is a talented wordsmith, but that complexity eludes me.

Rather late in the narrative, I realized it takes place sometime in the late-20th century. It occurred to me that relationships involving domination and submission are fraught with challenges at any time, and maybe more so in the era of Me-Too and “grab them by the pussy.” But the bleak nexus of Judith Stone and Howard Rose seems disconnected from the wider world; more like a stage play with the spotlight on them.