10 Things I Hate About EU 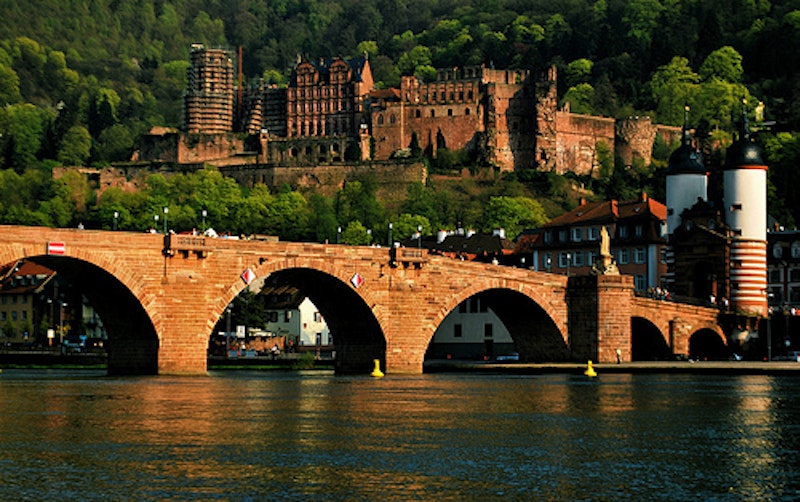 Sometimes a fellow gets tired of Eastern European capitals, baroque metropoli and language barriers, and yearns for the familiar flavors of home or grows bitter at the absurdities of whatever country he is currently resting his head. But perhaps my general disgruntlement can serve a useful purpose, magically transformed into a few kopeks for a bottle of vodka to warm myself on a chilly eve. What follows are 10 reasons why you ought to love the United States, and never leave its cozy environs.

For a nation famed for our difficulty in crafting and following communal guidelines, we at least understand what do with a pile of dog shit—scoop it into a bag and throw it in the trash. Sadly, this is a concept our European brothers and sisters seem to have difficulty with, as there ain't a city I've been to where your galoshes aren't in danger of soiling themselves with a misplaced step. And I'm not just talking about the ex-Soviets either—If you walk down the streets of the Gamla Stan in Stockholm, take the occasional break from staring in awe at the medieval architecture to make sure you aren't about to put a foot in the waste of a Newfoundland.

In the U.S., this activity has been more or less exclusively consigned to that unfortunate class of homosexuals not blessed with their subculture's customarily keen aesthetic sense. Not so Europe—far from being seen as a rather humiliating means of recreation, there are Schengen agreement-abiding folk who go so far as to rollerblade as a means of transport—twentysomethings cruising through packed streets in the Rynek Glowny, their hard-rubber wheels passing over cobblestones, shaming the centuries of ancestors who managed to navigate Krakow with feet.

Among respectable Americans, there is general agreement that the debatable merits of Joshua Tree cannot justify 22 years of execrable follow-ups, iPod commercials or the sort of theological megalomania which makes Benny Hinn seem like Richard Dawkins. Again, it seems Europe has not gotten the memo. U2 is absolutely huge over here and, moreover, there is a rather absurd multitude of bands sounding so similar to U2 as to make differentiation difficult. I have long realized the futility of filling in this blind spot, and bite my tongue when my otherwise sane hosts speak of How to Dismantle an Atomic Bomb with the same sort of reverential tones normally reserved for anticipating the resurrection of Christ.

I'm no socialist, but I think, whatever one's opinion on ObamaCare, we can all agree a man ought to have the right to worship the porcelain god without breaking out a credit card. You would think society as well as the individual would have a compelling interest in ensuring feces goes into a particular area, what with cholera continuing to be a scourge to a large percentage of humanity, but apparently over here they think no more of human shit than dog shit, because public waste disposal is a privilege, and one which is overseen by snarling old women who, true to form, show all signs of hating you for the temerity of wanting to take them up on their services.

While we're on the subject, I'm not crazy about the old women here in general. Look, I can well appreciate that the last 70 years have not been spectacular ones to be living in Eastern Europe, and that WWI, WWII, Communism and post-Communism haven't left you in the best mood—I'm not expected a hug. But one does wonder, seeing as how you're giving me such an intense look of hatred and disgust, what you are saving for someone who say, rapes and murders your grandchildren?

I'm no foodie, but the Roman in me repels at the things they do to the cuisine of my motherland. A quick note to the people of Eastern Europe: Under no circumstances is it acceptable to put sour cream on pasta. And while we're on the subject, ketchup is not marinara sauce. I guess this is the way Chinese people feel when they go anywhere else on the planet.

Coming from a major American city, living in a locale filled with the aforementioned, its easy to overlook the extent to which the holy trinity of Jews, blacks and homosexuals is responsible for what's interesting in a town, like exotic flora producing oxygen for the surrounding culture to thrive. But man, do you notice it here. Without minority input, even the best cities seem a bit cold and lifeless. You don't realize how much you miss them till you've embraced the dual-earringed man working at the linen shop you're in, with awkward results. Speaking of which...

I don't have any issue with white people per se. At least in America they are generally diluted into one pinkish mass, consisting of an amalgamation of about 30 European nationalities that are, for some reason I am not quite clear on, described as Caucasian. Here, every country you go to you find yourself awash in quasi-identical faces. For instance, half the male population of Lithuania are dead ringers for my friend Sam—now I got no problem with Sam, but neither have I ever had the desire to clone him 100,000 times and stuff him in Vilnius' Old Town. I've started to develop a hatred of my old high-school chum, dredging up old grudges and debts long ago expired. Sam, if you're reading this, you owe me five bucks from poker, summer of 2003.

I don't mean to sound like Christopher Hitchens here, but sparkling water is the same thing as tonic water, and that's only acceptable liberally mixed with gin (or vodka).

10. The General Tendency of The Rest of the World to Assimilate the Worst Aspect of American Culture

America's a big country, and we produce all kinds of stuff. Most of it's shit, I'll admit, but not all of it is, and just because you're too lazy to look for the good stuff isn't my problem—believe me, I've gotta sift through a lot more dross to find something decent than you do. I didn't force you at gunpoint to adopt our banking model, nor spoon-feed you Britney Spears and CSI. You want to spend your time lapping up shit that's your business, but it doesn't mean that's all we produce, and it doesn't give you the right to bitch to me about your dysentery.

I could go on—being charged for tap water, the jibber-jabber languages people yell at me when I stand in the street blocking traffic—but won't. Enjoy the warm bosom of what is, without a doubt, the best country on earth, so long as you don't count the crime, infant mortality rates, pollution, lack of healthcare and generalized post-modern despair.