Wait... Does This Mean No More Rocky Sequels?

The rise of UFC and MMA fighting combined with Floyd Mayweather throwing in the towel for his career could spell the end for the sport of boxing. Mayweather danced with the stars and stepped into the WWE ring to keep boxing popular, but it seems he couldn't keep the sinking sport afloat. 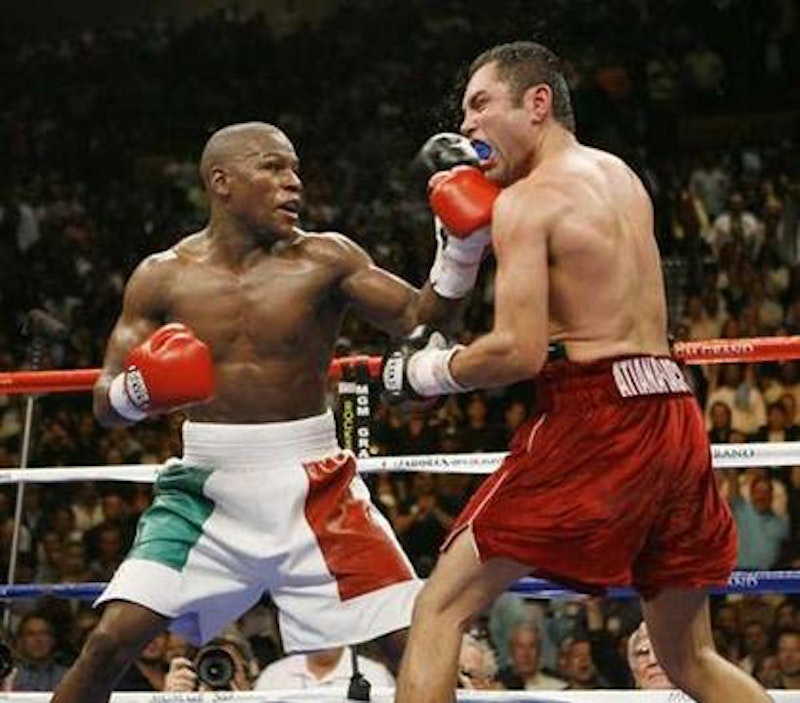 Photo by The Brisbane Times

There is a very good chance you missed it, but Friday may have been the beginning of the end for boxing as a relevant sport in America. Boxing, which once stood as symbol of America's strength and nationalism, has been pushed to the back of the sports stage over the past decade despite the efforts of one the sport's greatest competitors.

Floyd "Money" Mayweather decided to hang up the gloves after having one the most dominant careers the sport of boxing has ever seen. Mayweather retires after only 39 professional bouts. However, like other sports legends of our time, he will be leaving on top and on his own time. Floyd was masterful in the ring, winning every one of those 39 bouts, 25 of them by knockout. In fact, of his 14 fights that went the distance, only the controversial De la Hoya fight ended in split decision.

The tremendous rise of MMA and UFC has pushed boxing from the forefront of American sports over the past five years. While boxing may not have always been a big draw, Mayweather and his smooth arrogance in the ring always was.