Major League Baseball has effectively blacklisted the sexually promiscuous pitcher, but until it’s proven he acted criminally, he’s a cheap pick-up for any team, including the Boston Red Sox, that looks past his character. 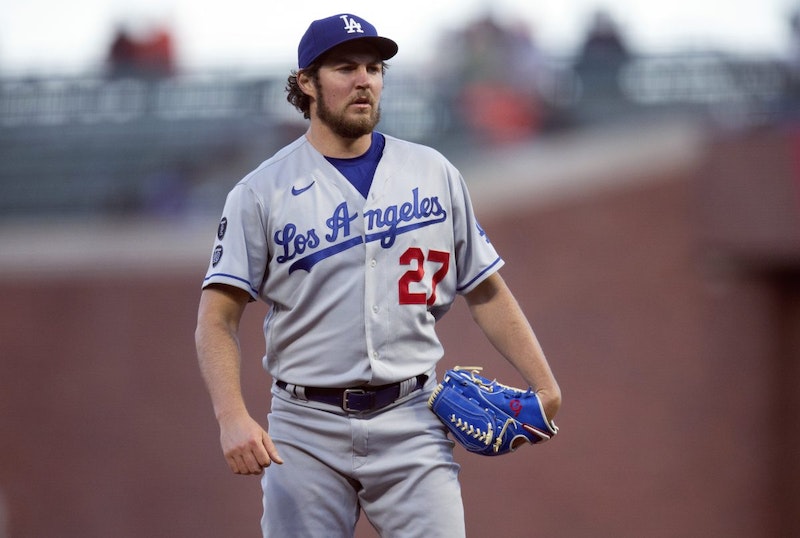 Will an MLB team sign Trevor Bauer? The Los Angeles Dodgers released the controversial 31-year-old pitcher last week, and reports have come out saying that some teams have no interest in him, including the New York Yankees, New York Mets, and Chicago Cubs. Signing Bauer could give a team a great pitcher for a low price, but it’s unclear if any team will want him. The other question is: should any team want him?

Bauer was great in the 2020 and 2021. He won the Cy Young Award in the 60-game 2020 Covid-season and was sharp again in 2021. Between 28 starts in those two seasons, he had a 2.24 ERA and struck out 237 batters in 180.2 innings. The upside, for pure talent, in signing Bauer is massive. A team could potentially acquire a Cy Young contender for relatively cheap if the controversy surrounding him scares other franchises away. After some time away from the game, however, he could revert to his old self. Bauer had a 4.04 ERA from 2012 to 2019—which would still make him a solid pitcher in today's hitter-dominated game.

The downside is that Bauer could be detrimental to the business side of any team that signs him. MLB placed Bauer on administrative leave on July 2, 2021, to investigate sexual assault allegations against him. In April 2022, the league announced that it would suspend Bauer for 324 games due to its findings. Bauer appealed the suspension, reducing it to 194 games. Therefore, Bauer can pitch in the big leagues this season.

Bauer’s problem is his sex life. Bauer maintains that he enjoys rough sex and that all his encounters were consensual. Additionally, no criminal charges have been filed against Bauer, not that this guarantees his innocence. However, women have accused Bauer of worse than rough sex. A woman received a temporary domestic violence restraining order against Bauer on June 28, 2021, after alleging that he physically and sexually assaulted her twice. She claimed that he sodomized her without consent, punched her in the face, and knocked her out. She went to the emergency room on May 16 due to injuries she says Bauer caused. Yet, Bauer claims the meetups were consensual and that she texted him asking him to inflict pain on her during their encounters and says that the story she told wasn’t wholly accurate. A judge ruled August 19, 2021, to eliminate the temporary restraining order and that Bauer posed no threat to this woman's safety.

The Washington Post also reported that a separate woman sought a temporary protection order in 2017 after accusing Bauer of physical assault; she claimed he sent her death threats. Bauer denied this and said the woman harassed and physically assaulted him. Meanwhile, when MLB investigated Bauer's case, a third woman came forward, alleging abuse from Bauer when he played for Cleveland.

I’ve no clue if Bauer is a rapist who beats women. If he is, no MLB team should sign him. The league should have a zero-tolerance policy for domestic violence. If a player goes home and regularly beats his wife or girlfriend, he belongs behind bars, not in a baseball uniform, making millions of dollars. I’m not including self-defense here because women also start violence with men.

Meanwhile, if a team can determine that Bauer’s biggest crime is being a socially liberal fuckboy, they should consider signing him. I find the hookup culture he engaged in repulsive because it’s a part of the culture of death in this country. However, signing promiscuous men has never been an issue for professional sports teams.

If that’s Bauer’s biggest problem, then the Boston Red Sox should sign him. Red Sox owner John Henry is a liberal billionaire, so he should love a socially liberal capitalist like Bauer. Boston came in last place in the A.L. East in 2022. Adding Bauer could bolster the team, as long as he’s not a woman-beating rapist.