In a perfect baseball world the Bronx Bombers would turn into the Pittsburgh Pirates for the next decade. But it’s still too early to bury their 2008 team. 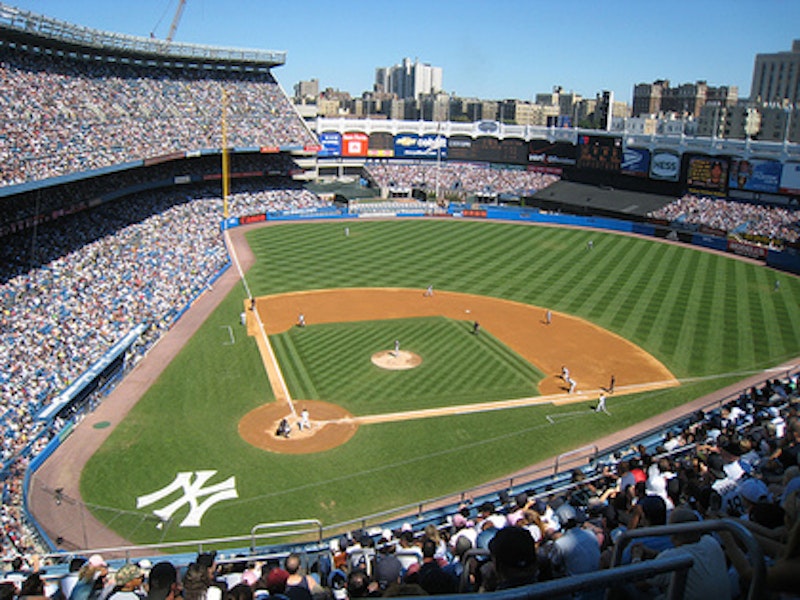 One of the great pleasures of living in Manhattan is waking up at dawn and walking around the corner to get a cup of coffee and the newspapers while most of the city’s residents are either still asleep or groggily preparing for a day at the office. Except for trucks and vans delivering bread, milk, flowers and vegetables to bodegas and restaurants, the streets are mostly still, and you’re able to walk at leisurely clip, unlike later in the day when it’s more like a fullback trying to find the hole amidst a brutal defense. The family and I moved from our Tribeca apartment to Baltimore five years ago, but make frequent visits to see relatives and friends, and last Thursday, lodged in a midtown hotel, it was invigorating to say good morning to the concierge and doorman and then head down 56th St. and pick up The Post, Daily News and Times for their respective reactions to a crushing loss the Yankees had suffered the night before to the rival Red Sox.

As a typically superstitious Bosox fan, I’m not counting the Yanks out yet, even if the schoolmarm beat writers covering the team for New York’s papers deliver blow after blow to Joe Girardi’s demoralized squad. When speculating on the Yanks’ chances for the postseason—and they’ve been left for roadkill the past two seasons and then wound up in the playoffs—the prudent maxim is that you don’t celebrate until the Yanks are four games out with just three left to play. Not that the Bosox have a lot to cheer about: it’s clearly the Year of the Rays, the pitching-rich youngsters who are more than likely to replicate the Amazin’ Mets of ’69, who went from a laughingstock in the National League to shock the baseball world by winning the World Series against a far superior Baltimore Orioles team. The Sox, as of today, are ahead in the wild card chase, and may prevail against the Twins and Yanks for that modern-day backdoor into the postseason, but they don’t figure to last past the first round. And if that happens, I’m rooting for a Rays-Cubs finale, with Tampa Bay sweeping Chicago.

Anyway, for Sox fans (and probably partisans of every other American League club), it’s always uplifting to see a Yankees franchise in turmoil—and missing the playoffs for the first time since ’93 and the havoc that would cause in New York is something to look forward to. And on the morning of Aug. 28, after reveling in the obnoxious YES channel’s postgame show the night before in which the channel’s Michael Kay was downright funereal after the Sox pasted the Yanks 11-3, I sat down on a curb with my coffee and read the papers. I don’t like the political views and noblesse oblige editorials of the Times at all, but the paper’s sportswriters just cream their counterparts at the tabloids. Tyler Kepner, one of the broadsheet’s smarter journalists, started his story with these two paragraphs: “The grand slam exploded like a gunshot Wednesday night, tearing out the guts of even the most naïve believers in the 2008 Yankees. The eighth-inning bullet by Dustin Pedroia was like the opening scene of a documentary, many years from now, capturing the thud of finality to something once so special. The question for the Yankees is what starts next: a glorious renaissance or a painful fall from grace?”

In comparison, the Post’s George A. King III wrote: “The Steinbrenner family and Jack Nicholson saw last night what a lot of other people have been looking at for a while: The end of the baseball world as a generation of Yankees know it.” Jack Nicholson? What does the over-the-hill actor and honorary Los Angeles Laker have to do with Alex Rodriguez hitting into double play after double play, Robinson Cano playing second base at a little league-level and Bobby Abreu’s fear of playing right field, especially when he gets near a fence? I did relish, however, the back page of the News, with a huge headline, “Stink Bombers” below a picture of a disconsolate A-Rod and the revered (but aging) Derek Jeter. Nearly fit for framing.

My brother, two sons and I went to the afternoon game at Yankee Stadium last Thursday—when Jason Giambi salvaged some pride for his teammates by hitting a two-run homer off Sox reliever Hideki Okajima and then rifling a single with the bases loaded off Jonathan Papelbon for a 3-2 walkoff win—and despite the result, there was an odd feeling at the Stadium. I’ve been to innumerable Yanks-Sox games in the Bronx over several decades, and usually have to put up with both nasty and good-natured abuse from the home crowd—in ’88, before security was beefed up at the park, I was chased down the ramp from the upper deck by a bunch of drunk creeps—but on this sunny afternoon there was a relative calm in the stands, as if most simply expected the worst.

In fact, from our seats by the foul pole in left field—I’m embarrassed to admit how much we forked over to StubHub for the tickets to the sold-out contest—there were a lot of Sox fans, most down from Boston, which made for delightful conversation for me, but it was still very weird. Even my brother, a Yanks fan since the late 1940s who dazzled my younger son by ticking off the Hall of Famers he’s seen in the past—Joe DiMaggio, a young and healthy Mickey Mantle, Whitey Ford, Stan Musial, Willie Mays, Jackie Robinson, Duke Snider and Ted Williams, just to name a few—was subdued, which was decidedly out of character. He managed a few jabs about Sox second baseman Pedroia, which rankles my 14-year-old no end, calling him Boston’s Tiny Tim and the smallest guy to ever put on a baseball uniform, but even those insults—in stark contrast to the beginning of the season—were half-hearted.

One can only hope that the Yanks are in a prolonged period of decline, which would be especially gratifying as they prepared to move across the street next year to their new stadium with its outrageous ticket prices and ring of luxury suites. Back in July, the Times’ Harvey Araton—another of that paper’s excellent sportswriters—while conceding the Yanks might indeed pull off another comeback, seemed more convinced that the current team was analogous to the ’65 Yanks, who, after years of dominance, sputtered to a sixth-place finish. They didn’t reach the postseason again until 1976, a wonderful respite that, in the sport’s modern era of free agency and gobs of cash traded around, isn’t bound to happen again.

In the meantime, although my fingers and toes are crossed, I refuse to believe the bedraggled Yanks, even with no-names turning up in the pitching rotation and future Hall-of-Famers mailing it in, don’t have another 10-game winning streak coming up. It might not be enough, given they’d have to jump the Sox and Twins for that wild-card berth, but I’m still nervous. It’d free up a lot of my worrywart time if the Yankees would simply turn into the Pittsburgh Pirates for the next decade.