We knew he was a phony!

You've heard of Michael Phelps' "miracle" finish in the 100-meter butterfly—the one where his itty-bitty finger snagged victory from the jaws of certain only-seven-gold-medals defeat. Here, William Saletan of Slate offers some rather sobering arguments as to why Phelps legitimately lost that race. And if you buy his argument, well then you were right all along thinking Phelps is bush league. 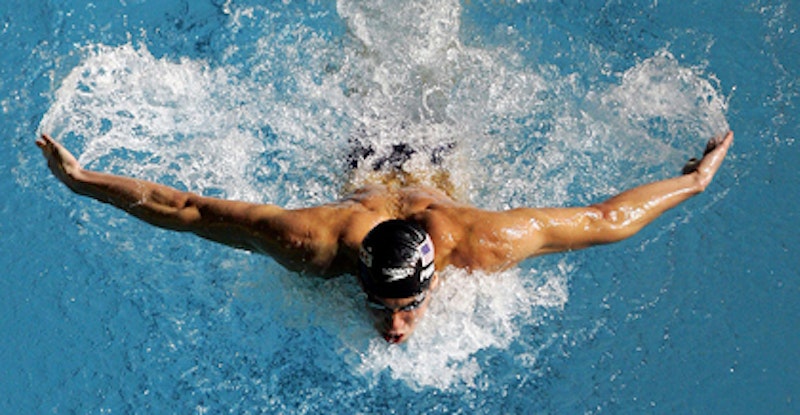 "The scoreboard said I got my hand on the wall first," Phelps declared afterward. The Boston Globe, like other American newspapers, agreed: "Phelps got his hand on the wall first." Cornel Marculescu, head of the world swimming federation, FINA, confirmed the verdict: "There is no doubt the first arrival was Michael Phelps." The race referee added: "There are no doubts. It was very clear that [Cavic] touched second."

Sorry, but none of these assurances holds water.

Technically, the question of who touched first doesn't matter. FINA and the Olympics honchos agreed beforehand to use the touch pads; the touch pads require pressure; all swimmers and their coaches should know this. But that technical argument leaves two ugly, unresolved problems. One is that FINA, the timekeeper, the referee, and the media keep telling us, falsely, that Phelps "touched," "arrived," and "got his hand on the wall" first. "In our sport, it's who touches first," Marculescu told the AP on Saturday. Bull. It's not who touches first. It's who triggers the sensor first.