The NL Central Heats Up

Brewers, Reds and Cardinals, in review. 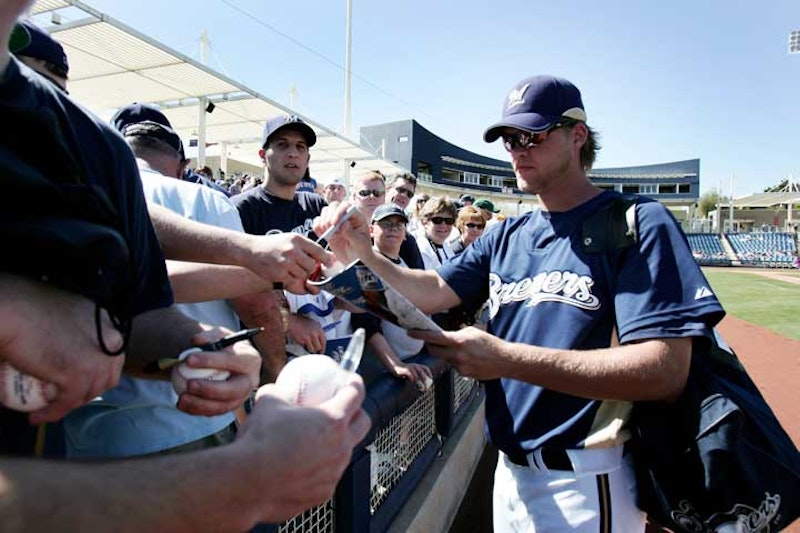 The National League Central Division features a number of evenly matched teams jockeying for position. Only the woeful Cubs and Astros are out of contention. Milwaukee currently sits atop the standings, tied with St. Louis at 49-33. The Brewers made some bold moves in the offseason when they unloaded top prospects in deals for pitchers Zack Greinke and Shaun Marcum; so far, those moves have paid off for GM Doug Melvin. Just hours after Prince Fielder's home run propelled the NL All- Stars to victory on July 12, Melvin hit one of his own by acquiring Mets closer Francisco Rodriguez. Melvin and the Brewers are clearly all in. Just as he did in 2008 with the C.C. Sabathia deal, Melvin is putting an emphasis the present as he tries to deliver the franchise's first championship.

The Cardinals have taken a different path to the top. Tony LaRussa has pulled another rabbit from his hat after losing Adam Wainwright for the season, as well as Albert Pujols for a few weeks. The Pittsburgh Pirates are just one game back and are looking to finish the season above .500 for the first time since the days of Barry Bonds and Bobby Bonilla. I see a lot of Pirates games on cable: Andrew McCutchen is an obvious star, but second basemen Neil Walker is another solid player who has emerged as a valuable RBI man for the Bucs. The Pirates have been buoyed by the progress of young pitchers Charlie Morton and James McDonald. Paul Maholm, a former top pick, has finally emerged in his sixth big league season pitching to career lows in ERA and WHIP (2.96 and 1.17 respectively).

The Cincinnati Reds are lying in the weeds. Currently in third place at four games back, the Reds are arguably the division's most talented bunch. Powered by young stars Joey Votto, Jay Bruce and the unheralded Drew Stubbs, the Reds lead the division in runs scored. Cincinnati won the division title last year by five games with a record of 91-71. The Reds are currently just a game over .500 but they are third in the NL in run differential at +29.

Cincinnati needs some rotation help and an upgrade at shortstop. The Baltimore Orioles could offer solutions on both fronts in JJ Hardy and Jeremy Guthrie. Hardy has returned from a groin injury to become the O's most reliable hitter over the past six weeks. He's a free agent after the season and if Baltimore can't work out an extension in the next two weeks they should look to trade him. The Reds recently promoted shortstop Zack Cozart from AAA to play shortstop, but they could be showcasing him as the deadline approaches. Milwaukee also could be interested in bringing Hardy back into the fold. They are currently starting Yuniesky Betancourt at short. Hardy would be a massive improvement for the Brew Crew but they may not have much left to deal after the K-Rod trade.

Guthrie is just 3-12 for the Birds but, as usual, he's pitched better than his record indicates. Guthrie also has another year under team control before he's eligible for free agency. He's paid his dues in the AL East and would welcome a way out of the division. Guthrie is no ace but he’d help stabilize the young Cincinnati rotation and could flourish pitching against NL lineups.