Brain injuries will dry up its talent pool. 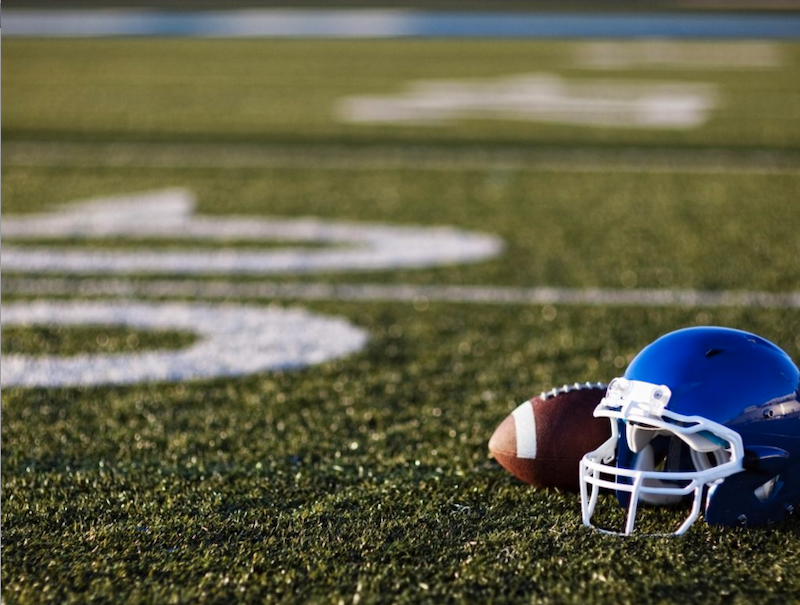 Baltimore Ravens offensive lineman John Urschel is retiring from football at the age of 26. While it's just one young player, there's a major story behind it. Urschel, who's also a PhD student in applied mathematics at MIT, decided to quit the sport he loves after the Journal of the American Medical Association published a case study showing that a degenerative brain disease known as chronic traumatic encephalopathy (CTE) was prevalent in a sample of brains that former football players had donated for research purposes. Urschel said that a concussion he sustained in 2015 hurt his “ability to think well mathematically."

In response, former NFL player Matt Birk tweeted, “What about the 15,000 or so deceased former NFL players who lived full lives and didn’t have CTE?” Birk has a degree from Harvard, but has no evidence that there were no signs of CTE in any of those 15,000 brains. His current role as an advisor to the NFL perhaps induced some motivated reasoning, and it's just one more sign that the NFL knows this is the single issue that could bring on its demise. One hard fact the league will never be able to escape is that the brain, which gets regularly pounded in its games and practices, doesn't heal like a knee or a collarbone does.

The NFL's anxiety is rational, as the CTE study was just the latest piece of bad news connecting football head injuries with serious health consequences. In 2016, the journal Radiology published a study by a professor at Wake Forest School of Medicine that found that a single season of youth football can alter the brains of boys between the ages of 8-13 even if they haven't had a concussion diagnosis. Studies done at the University of North Carolina and University of Michigan have found links between football and dementia and other symptoms of brain injury. The medical field is in the process of confirming beyond a reasonable doubt what seems obvious—getting banged on the head repeatedly damages your brain.

The NFL, like the tobacco industry, has long denied the connection between football and long-term neurocognitive conditions. The reality, however, is that the league has stated in court documents that it expects almost a third of its players to eventually show signs of brain trauma, and at a younger age than among non-football players. Per the 2016 ruling of the U.S. Court of Appeals for the Third Circuit, the NFL will be compensating retired players with brain injuries an average of $190,000, but in severe cases it could be up to $5 million.

The NFL may end up paying around $1 billion to injured former players, but it can handle that sum. According to Forbes, the average valuation for a single franchise is $2.3 billion. Due to the religious fervor attached to football in the U.S. and team owners’ ability to manipulate local municipalities to subsidize them by financing stadiums, owning an NFL franchise is a solid investment, if you're a billionaire. The real problem the league faces isn't paying the injured retirees—it’s with the future supply of players it needs to fill its team’s 53-man rosters.

The NFL's talent pool is the approximately three million young players participating in organized tackle football in the nation. Each new football-related brain study depletes this group a little more as the trend of parents keeping their kids away from football continues to accelerate. San Francisco's Patrick Willis retired at 30, and the Niners also lost budding defensive star Chris Borland at 24 due to his fear of head injuries. Pittsburgh linebacker Jason Worilds walked away from football at 27, right at the time he was eligible for a free agent contract that would’ve offered him transformative wealth. Tennessee quarterback Jake Locker quit the game at 26, and Oakland's Maurice Jones-Drew ended his career at 29.

When you have elite athletes quitting the game they love, along with wealth and fame, trouble’s on the way. Try to think of any other line of work where that happens. The NFL will continue to do everything it can to downplay the health issue, but it’ll find it increasingly harder to stay ahead of all the scientists who are working now to discover exactly what cumulative hits to the head do to the brain. Arizona Cardinals head coach Bruce Arians said that parents who don't let their children play football are fools, which makes him a fool himself. Even Iron Mike Ditka, the embodiment of football working class machismo, said that if he had an eight-year-old son today he wouldn't let him play the game. “The risk isn't worth the reward,” he said.