Rangers v. Rays and Cliff Lee's Right in the Middle of It

Tonight: Game 5 of the ALDS. 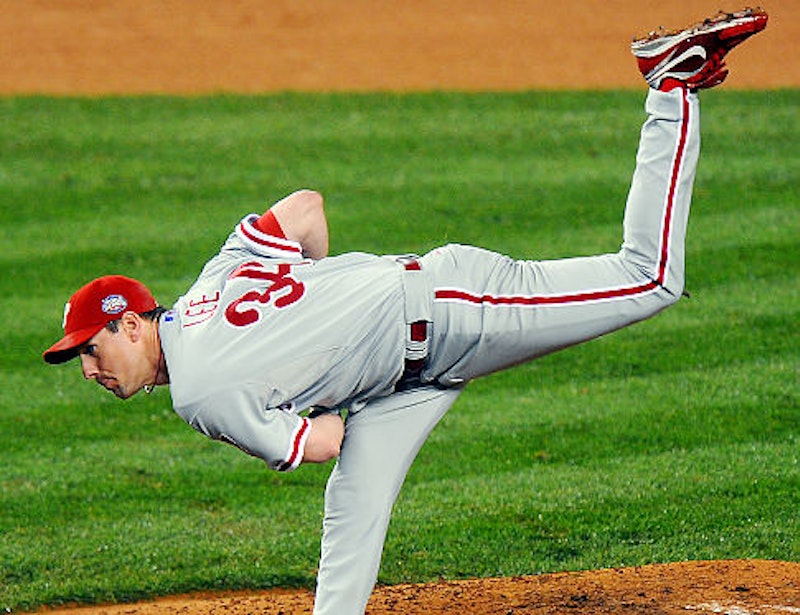 It's been a whirlwind 15 months for Rangers’ ace Cliff Lee. In that time Lee has also held the unofficial titles of the ace of the Phillies, Mariners and Indians. He'll take the mound for the Rangers tonight in the most important game of the franchise's history. The Texas Rangers, who have never won a playoff series, will battle the Tampa Rays in Game 5 of the ALDS. It should be a classic matchup featuring a rerun of Game 1 with Lee opposing David Price.

The Rangers acquired Lee from the Mariners before the July 31 trade deadline for this exact situation. He earned his stripes as big game pitcher during the 2009 playoffs for the Phillies, compiling a 4-0 record in five starts to go along with a microscopic ERA. Some pundits bashed the Rangers for including promising first baseman Justin Smoak in the Lee deal. Prior to the season, Smoak was one of the game's top hitting prospects and looked to be the Rangers long-term solution at the position. Smoak was struggling at the time of the deal. The Rangers correctly made the decision to go for broke and acquire Lee. He can go out and justify the move with another dominating performance in Game 5.

My opinion on these types of trades has changed dramatically over the years. As a youth, I thought that teams should hold onto their top prospects, never dealing multiple youngsters for an aging veteran. The deal that changed it all for me was the Orioles’ acquisition of Bobby Bonilla during the 1995 season. Bonilla had been labeled a bust with the Mets. The O's were battling for the Wild Card and desperately needed a big bat. When the rumors swirled that the Orioles could send top prospect Alex Ochoa to the Mets for Bobby Bo I cringed. My thought was, why not just promote Ochoa to play right field? The Orioles made the deal, finished third, and then went on to win the Wild Card in 1996, losing to the Yankees in the ALCS. Ochoa had a long, middling career as a fourth outfielder/platoon player. The way I see it now is if you have a legit opportunity to win then you have to take the leap and go out and get the player that you think will put you over the top. Yeah, Bobby Bo didn't lead the O's to a championship, but he sure as hell provided for some memorable moments and played a major role in the 1996 playoff run. I'll always remember going to Game 3 of the ALCS with my Dad. I can't recall one memorable Alex Ochoa moment.

I'm sticking with the Rangers tonight. I picked them to win in five and I'm staying with it, although strange things happen at Tropicana Field and on turf. Let's hope that atrocity they call a ballpark in Tampa doesn't play a role in determining tonight's winner.