My Kid’s Driving Me Nuts!

There’s a rabid teenager in our house who’s riding the baseball sabermetrics wave. Win shares, anyone? 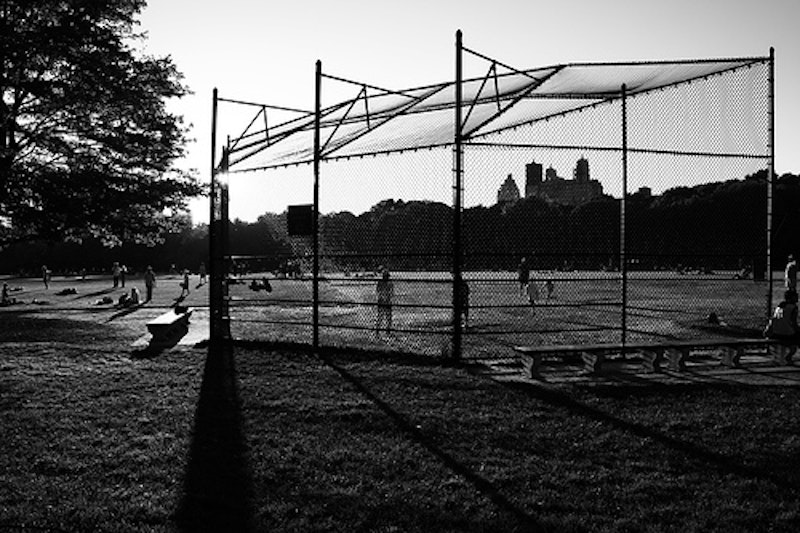 One morning last week, minutes after arising at 6:15 to catch his school bus 45 minutes later, my 15-year-old son Booker, a bit groggy, fumbling for a clean shirt and tie, still had the presence of mind to pepper me with questions about the upcoming baseball season. “Has Johnny Damon been signed yet, Dad?” he asked with anticipation, and after I batted away this query—as if I’d combed his favorite website, MLBTradeRumors.com before brewing a pot of coffee, let alone reading The Wall Street Journal and Washington Post—he continued with a non-stop patter concerning the utter ephemera of the baseball world, spewing out stats of minor league prospects, the huge year expected from the Tampa Bay Rays’ Wade Davis and his intention to draft the Diamondbacks’ Justin Upton in his fantasy league.

This teenager has nearly achieved the impossible: making his old man exhausted on the subject of baseball.

Mind you, this obsession of his—the less charitable, or those who are clueless about sports, might diagnosis it as a form of OCD—is less than a year old. Until last summer, our father/son baseball dynamic was one of the great pleasures of my day-to-day life. (And in truth, it still is: my wife and I are fortunate to have two outstanding young men in our household, pardon the immodesty.) We’re both Red Sox fans and follow the team very closely: tacked on the wall at my home office is the Oct. 28, 2004 front page of The Boston Globe, with the banner headline “YES!!!” celebrating the team’s first World Series championship in 86 years. Booker has a Sports Illustrated cover with Sox closer Jonathan Papelbon featured, an issue released just before they won it all in ’07, arising from a three games to one deficit against the Cleveland Indians (remember them?) to win the American League pennant and then sweep the Colorado Rockies in the Series.

On weekends and in the summer Booker dons a Sox t-shirt every day, whether it’s Josh Beckett, Jacoby Ellsbury, Dustin Pedroia, Jon Lester or David Ortiz, often depending upon which player’s in a slump and needs his support, or, conversely, a slugger who’s on a tear and needs an extra boost to keep it alive. The shirts, which I buy online from the Yawkey Way Store, aren’t all that expensive—even considering growth spurts that require new sizes—and he wears one every time we go to the Orioles’ Camden Yards, Yankee Stadium or the Phillies’ Citizens Bank Park, oblivious to the occasional catcalls from fans who consider the Sox just a rung below the Yanks in the Evil Empire department. As if there could ever be any competition for that sublimely accurate slur.

But last year, when Booker was in eighth grade and competed in a fantasy baseball league with a bunch of his friends and just creamed the lot, racking up a 22-2 record by spending hours making shrewd trades and substituting players who were in a rut, his hat size became larger than Gulliver’s and suddenly all MLB owners, managers, coaches and general managers were in his crosshairs. And it led to some grumbling on my part: one of his big boppers, points-wise, was the Yanks’ Mark Teixeira and Booker couldn’t resist rooting for the excellent first baseman, although with the half-hearted caveat, “I only want Tex to hit homers if the Yanks lose.” Me? The guy’s a Yankee: I wish he’d strike out 600 straight times in a season.

When I asked what the squirt might want for Christmas a few months ago, his answer was simple: “[Boston GM] Theo Epstein’s cell phone number. I think he’s spending too much time with his little boy and not paying attention to the bullpen’s holes.” Not able to achieve the impossible, my wife and I placed different items under the tree, some practical (clothes, which were quickly piled in a heap), some fun (a few Blu-Ray discs), but the one gift he carried around for the duration of the holiday school break was the most recent Bill James book. James, who’s on the Sox payroll, is, of course, the guru of baseball sabermetrics and to fanatics whose vocabulary is dominated by acronyms like VORP, PECOTA, WHIP, PERA, UZR, DIPS and BABIP. The soft-spoken man is on a pedestal usually reserved, by normal people, for the likes of Gandhi, Schweitzer, Thatcher, Churchill, FDR, Reagan, Rimbaud, Twain, Dylan or Obama.

I knew the off-season was going to be a long, long slog when Booker ranted about ESPN blogger Keith Law’s vote for the National League Cy Young award. Law, an entertaining, knowledgeable and really sarcastic writer, had committed the sin, at least by Booker’s (and an untold number of traditionalists) reckoning, by snubbing the Cards’ Chris Carpenter on his ballot, which helped assure that the Giants’ Tim Lincecum would win the trophy for the second consecutive year. Okay, that’s a valid complaint if you take these post-World Series contests seriously, but the weird thing is that Lincecum (aside from the Marlins’ Hanley Ramirez) is Booker’s favorite non-Sox baseball player.

When I first engaged him about this ostensible paradox—he still complains about the selection, but I’ve long since put my Booker filter on—he replied that Lincecum didn’t deserve to win, because his stats were inferior to those of Carpenter and Adam Wainwright. It was a matter of integrity, he explained, which any dolt ought to understand. Me, I like Lincecum too, not only because he’s fun to watch pitch, but also for his unorthodox (for baseball players) style, wearing wool caps in the summer, getting busted for pot possession—dumb, obviously, but not nearly in the same league as beating up women—and not coming off like a pre-programmed robot in post-game interviews (either thanking the Lord or, more commonly, speaking in meaningless clichés. Boston’s J.D. Drew comes to mind.).

Lincecum reminds me of the hilarious Bill Lee, dubbed “Spaceman” by some idiot sportswriter because he actually spoke in complete sentences and was conversant about current events. In 1978, as a young reporter I interviewed Lee in the Red Sox clubhouse (they were in town to play the then-competitive Orioles), and unlike stiffs like Carlton Fisk, he was generous with his time, gabbing with me about reggae (he had Bob Marley blasting on his boombox, much to Carl Yastrzemski’s chagrin), politics and, off the record, how many assholes he had to play with. The only other character in that clubhouse was Looie Tiant, a splendid fellow who was smoking a fat stogie and chugging down a full 24 oz. bottle of Pepto Bismol.

All of this, I suppose, puts this middle-aged guy in the semi-prehistoric camp of baseball fans, which is okay. My father-in-law, who saw Ted Williams play at Fenway Park while a student at M.I.T, is even more old-school: he still buys, and uses, a scorecard when attending games. Pete Schiller, a baseball writer whose website [http://baseballreflections.com/] I like a lot, has six kids, so he was a natural to ask about sabermetrics infecting today’s youth. No help: an adherent himself, Pete told me his two sons are just four and eight, and the ladies at his home don’t bother checking out CHONE’s forecast for the upcoming season.

I was also curious about how my friend Craig Calcaterra, a guy who makes his living blogging [http://bases.nbcsports.com/2010/01/source-the-phillies-sign-shane-victorino-for-3-years-22-million.html.php] about baseball felt about the subject. He emailed this response last weekend:

I'm not really a stats guy. More of a fellow traveler. My thing is that I'm very much a fan of the analytical impulse that gave birth to all of the modern stats, but a good number of the advanced metrics don't hold my interest in and of themselves. I'm interested in knowing who the better defender is, but not interested in reading an analysis of UZR. I'm curious about which pitchers have bad luck and which have good luck, but a discussion of BABIP doesn't hold my interest. I don't reject the information—I've been able to intuit what almost any stat is trying to explain and describe—but I don't really engage with them on a personal level.

Maybe the best analogy for it is science and technology. I enjoy reading popular science articles, appreciate the latest advances, remain curious about our world, and fiercely defend the scientific method against Luddites, religious wackos and morons, but really, I'm just not going to be able to keep up (or care to keep up) in a conversation dealing with very granular scientific subjects.

The bleeding edge of statistical analysis, however, is really in a mode of either refining the big things in very small ways or discovering things that constitute only the smallest part of a baseball game. And it doesn't help that, unlike Bill James and [ESPN’s] Rob Neyer, many of the people doing the good work now aren't necessarily the most gifted of writers. Indeed, I highly doubt James' work would have spread like it did if he merely spouted statistics. So there's that too.

Ultimately, I am a much happier baseball fan for knowing that OBP is more important than batting average and understanding that a pitcher's win total doesn't really matter. But that's back-pocket information for me. I really want a beer and a ballgame. Thankfully, those two things aren't mutually exclusive.

Now that’s a reasonable compromise. But I’m an amateur: I simply want the Red Sox to win every single season. Same goes for my son Booker, but he’s taken baseball to an entirely different level, cautioning me, for example, that I need to look at the big picture, meaning the 18-year-old Boston prospects that may, or may not, help the team win in 2014. In truth, I admire his tenacity and developing analytic skills, and obviously hope he’s just as successful in his fantasy league this season. Just one request, whippersnapper: no Yankees this year.