The big money Dodgers aren’t as solid as some think. 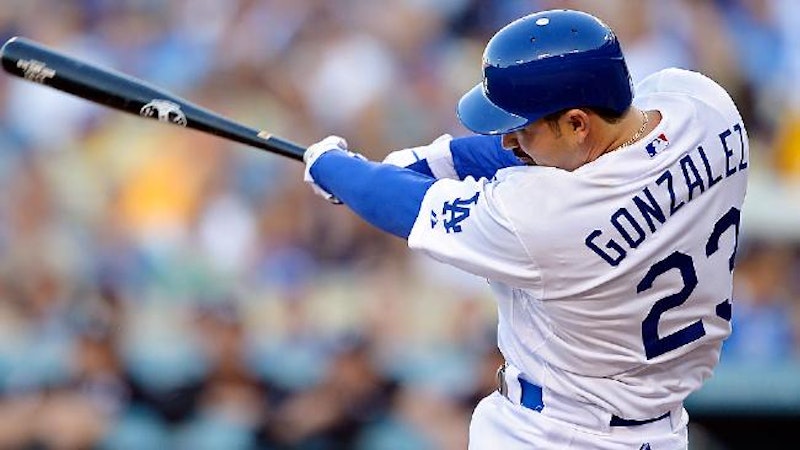 The Los Angeles Dodgers will open the 2013 season with the highest payroll in baseball history and they really don’t have much to show for it. With a monetary investment that immense, you’d expect a larger degree of certainty. Los Angeles’ core offense, the most expensive offense in baseball, is riddled with question marks—the players with the most upside also carry the most risk. Their pitching staff isn’t as spectacular as some think, either. GM Ned Colletti is going with the quantity over quality approach; Clayton Kershaw, Zack Greinke, Chad Billingsley, Josh Beckett, Chris Capuano, Aaron Harang, Ted Lilly, and Ryu Hyun-Jin round the starting rotation. Oh yeah, and they’re still checking in on Kyle Lohse.

A lot of things need to break right for the Dodgers to capitalize on their potential. Matt Kemp will need to stay healthy and put up 2011-esque numbers; if he’s a version of his 2010 self the Dodgers will be scrambling for a middle of the order bat by July 31st. Andre Ethier is a waste of time. I don’t know why the Dodgers felt the need to extend him—he’s a righty masher whose dubious platoon split (.222 AVG against lefties in 2012) will only grow more pronounced with age. Here’s a secret: Colletti isn’t reluctant to trade the outfielder, as hot stove reports would suggest, he’s dying to trade him. But nobody wants the guy. Carl Crawford rounds out Los Angeles’ shaky outfield. It’s still a toss up as to whether the oft-injured $142 million man will start the season on the disabled list. If he’s healthy by opening day, I’d be willing to adopt a “who knows?” mindset. Crawford could be the MVP candidate of his Tampa Bay years or the LVP candidate of his short Boston tenure.

Adrian Gonzalez, another Sox veteran, needs to regain his power stroke. His 27 home runs in 2011, a disappointing number at the time, were enough because he had a .336 average to compensate for the loss of power. What makes the home run dip even more disconcerting is his recent lack of plate discipline. In 2009, Gonzalez led MLB with a 17.5 BB%. That number fell to 10.1% in his first year with the Red Sox, 2011, and collapsed to 6.1% last season. In 2012, Gonzalez turned into an above-average middle infielder that just so happens to play first base. Hanley Ramirez is in a similar situation. The converted third-baseman has gone from being one of the most valuable players in baseball to a washed-up has-been in the matter of two years. 2013 is a make-or-break year for Ramirez.

These are the Dodgers’ biggest stars. Every single one of them carries a considerable amount of risk, enough to warrant skepticism. If the Dodgers win the NL West this year, great, they had the highest payroll, it was expected, they did their job. If they don’t win, however, the team will be criticized mercilessly and labeled as a colossal failure.