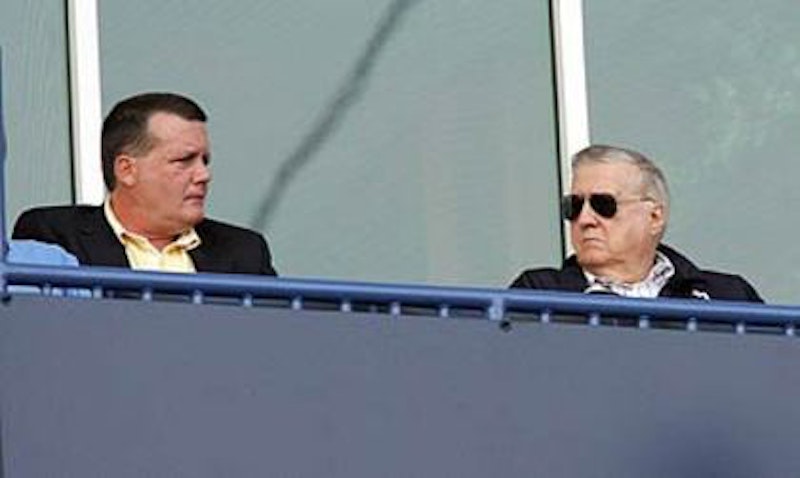 Last Friday, my buddy and neighbor stopped by the house to complete the details for our annual March ritual of splitting up a Baltimore Orioles’ season ticket package that we share with seven other friends. Next week we’ll all meet at a local tavern and divvy up the 81 home games, with my son Booker keeping tabs on the selections until the last date—usually a Tampa Bay Rays game, but I suspect that won’t be the case this year—has been checked off. The process doesn’t last longer than 90 minutes, but it’s a lot of fun, dominated by baseball banter about promising rookies, off-season trades and playoff predictions. Unlike the others, I’m not an O’s fan—the Bosox have claimed my rooting interests since 1963, long before the fairly obnoxious term “Red Sox Nation” was coined—but the field level quartet of seats just beyond first base are prime territory and Camden Yards remains a splendid venue to spend three or so hours on a summer evening or Sunday afternoon.

Despite my deviation from loyalty for the home team—and it’s a tough time for Orioles fans, especially those who remember the days before trial lawyer Peter Angelos bought the team and, year after year, seemingly tries to further sully a once-proud franchise—I’m generally given a grudging pass since as a college student in the 1970s I worked at the old Memorial Stadium as a vendor, selling bottles of National Bohemian beer for 60 cents a pop and, on a crowded night, emerged with maybe 150 under-the-table bucks in my pocket.

Usually, there’s a lot of competition for Opening Day, inter-league games and, of course, all Yankees and Sox contests. Sportswriters in Baltimore complain mightily each year about how Camden Yards morphs into “Fenway South” when Boston’s in town, but with Fenway Park sold out for every game it’s hard to blame New Englanders for making the less expensive trek down South instead of paying scalpers an exorbitant sum for lousy seats at home. As a baseball enthusiast, I’m looking forward to the season when the O’s once again field a competitive team and fight for the A.L. East division title: as it is, if you’re off at a concession stand when a game’s in progress and cheers erupt, it’s difficult to tell what exactly happened.

Over the weekend, I read a long and insufferably pedantic cover story in The New Republic—“Brave New Game: Roger Clemens, Biotechnology, And The Moral Crisis in American Sports”—which, recalling one of my late mother’s most memorable catchphrases, led to a call from the living room, “Get out the barf bucket, now!” A few weeks ago I wrote a Splice article advocating amnesty for all admitted and suspected steroid and HGH users, so there’s no need to dwell for long on the goody-two-shoes logic of authors Leon R. Kass and Eric Cohen.

As you can gather from the headline, Kass and Cohen are in a dither over the “steroid era,” and just a few excerpts from their impossibly grave thesis—it’s a game, guys—provides a glimpse of how America’s academic elite are soiling their drawers for the silliest of reasons. This one’s a beaut: “Medieval Europeans built cathedrals; our ancestors built civic monuments; we build sports palaces.” And: “Liberated from the cares of everyday life, spectators are given privileged access to some of life’s deepest truths. For three periods or four quarters or nine innings, we behold the human story without the pathos of our own lives bearing down upon us.”

Maybe I’m out of touch, but it’d doubtful even syndicated political (and on occasion, baseball) columnist George Will could summon forth such pretentious prose. When David Ortiz blasts a ball into the right field stands to win a game for the Sox, or Alex Rodriguez strikes out four times in a row with the bases loaded, I’m delighted, even giddy, but have no illusion that one of life’s “deepest truths” has been revealed.

This TNR sermon aside, I’m eagerly awaiting the start of the ’08 baseball season—perhaps more than in previous years—because the exhibition games in Florida and Arizona have promised some compelling plotlines for the coming months. Not surprisingly, the Yankees are front and center, particularly since the ailing New York owner George Steinbrenner has ceded control to his 50-year-old son Hank, a cartoonish figure whose numerous public pronouncements this winter recall his father’s from a generation ago. (In the late 70s I raced to the newsstand each morning to pick up the New York Post and Daily News to find out whether Yanks manager Billy Martin had been fired again or punched out Reggie Jackson.) Hank Steinbrenner, reacting to the recent nastiness on the field between his team and the Rays—which resulted in suspensions for New York’s Shelley Duncan and Melky Cabrera and Tampa Bay’s Jonny Gomes—said, “There are going to be problems, especially if they go after our stars. It’s not going to be tolerated. We never have done it to them. It’s just not going to happen anymore.”

I like it a lot when a pitcher plunks an opposing player after one of his teammates was intentionally violated in a previous inning—Hall of Famers like Bob Gibson, Jim Palmer and Whitey Ford must cringe at the lack of retaliation today, not to mention players going on the disabled list for a really, really bad hangnail—but who is Steinbrenner kidding when he claims the Yanks are choir boys when it comes to aggressive play? Just last season, phenom Joba Chamberlain, who has excellent control, chucked a 98 m.p.h. fastball over the head of Sox first baseman Kevin Youkilis. No skin off my nose; that’s just old-fashioned baseball.

Hank also poured some more gasoline on the Yanks-Sox rivalry, as if that was necessary, by calling Boston’s closer Jonathan Papelbon a “mouse.” Papelbon dinged New York’s new mouthpiece for insisting the Yankees are the most popular team in American sports. Papelbon, not a shy guy, said, “I don’t’ know if [Hank Steinbrenner’s] trying to stir things up or not. I sure as hell don’t care, because he sure as hell hasn’t stepped on a baseball field. He needs to just stick to pencil-pushing, I guess.” Hank continued, “[Sox owner] John Henry and I traded a couple of jabs good-naturedly. So now, all of a sudden, [Papelbon], this 20-something kid who really doesn’t know his way in the world, comes out with a personal insult. There’s no excuse for that.”

Papelbon might not be the most articulate critic of the Yanks, but I’m betting more fans take his side than Steinbrenner’s, if only for the patronizing remark that young adults in their 20s don’t know their “way in the world.” More significantly, this kind of verbal fisticuffs is a lot of fun, whether intended or not, and augurs well for the coming six-month season. Anything that keeps the pointless debate about steroids and moral failings and “cheaters” out of the sports pages (and earnest magazines like The New Republic) is a plus in my book.