Life is good in a collegiate sports ghetto. 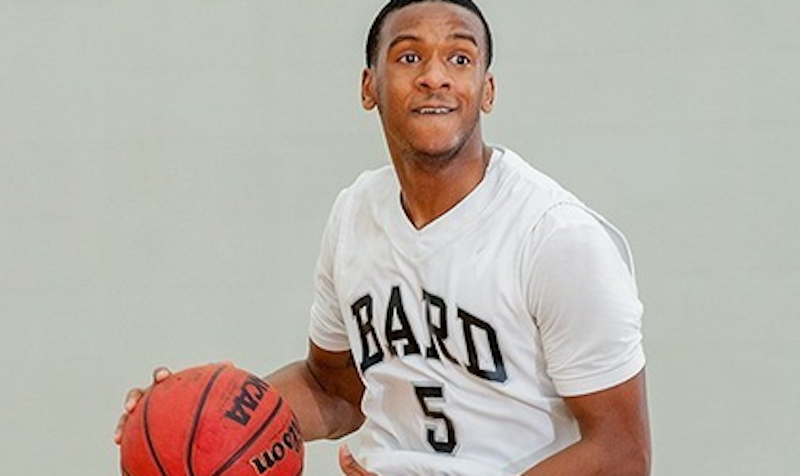 Part of the fun of attending NCAA Division III sporting events is discovering an alternate universe of higher educational facilities tucked away in distant grottos and hamlets. Who knew Hobart was paired with William Smith College and out there in the Finger Lakes they’re known as “the Colleges of the Seneca”? Or that Drew University was cozily ensconced in Madison, NJ? Look closely at the websites and find the NCAA D-III even has its own official motto: “Discover. Develop. Dedicate.”

Well, at Bard College in Annandale-on-Hudson, NY, two out of three ain’t bad. For athletics at this hotbed of liberal arts highbrows, the word “dedicate” rarely applies. Sports are an afterthought at Bard, to say the least. The school’s president—a bespectacled version of Gru from the Despicable Me films—has openly railed against college sports as we know them. He likes to conduct his own symphony orchestra and schedule erudite classical music performances inside a Frank Gehry-designed concert hall that looks like a UFO crash in the middle of nowhere. Someone should tell the Bard egghead poo-bahs that Gehry is a hockey nut.

Men’s sports at Bard are hamstrung by the fact that most of the Bard student body is female. And the guys who are attending Bard tend to be the types usually found as victims on hateful but spot-on accurate blogs such as diehipster.com.

I’ve seen my share of Bard baseball (8-18) and soccer (2-17) games and must say all of that losing will do one thing to these student-athletes: build character. Athletic endeavors add dimension to college life. Losing as a team carries lessons well beyond the reach of the library or lecture hall. Even Henry Ward Beecher seemed aware of this when the clergyman and Amherst College alum said: “Blessed are the happiness makers. Blessed are they who know how to shine on one’s gloom with their cheer.”

Without much to cheer about, Bard recently joined a healthy athletic conference (the Liberty League), renovated most of the gym, started work on a new baseball field and went so far as to hire an official Sports Information Director—these developments scared some Bard students into thinking sports might “take over” their learning environment, as some expressed in the school’s on-campus newspaper.

A few might remember when the Bard Raptors basketball team made it into another type of newspaper back in January of 2007. That’s when The New York Times ran an AP report of the astonishing result from Pasadena, Calif., where the Cal Tech Beavers broke an historic 207-game losing streak by beating Bard 81-52 on the hardwood. The Cal Tech streak got its own documentary film (Quantum Hoops) and both schools received a few hundred dollars worth of national publicity out of their epic and nerdy clash.

On a recent Saturday afternoon in Annandale, the Bard roundballers took on Maritime College, a SUNY school laid out in an old fort in the shadow of the Throggs Neck Bridge on the Throggs Neck Peninsula jutting into the East River from the Bronx. Almost 20 years living in New York City and I’d never heard of this facility with its great anchor logo representing the Privateers who toil in the Skyline Conference.

Maritime waltzed into Annandale (aboard two large Chevy vans) at 2-6, with wins over Sarah Lawrence College and NYU-Poly. The Bard College Raptors, who finished 4-21 last season, entered this game at 4-4 with a chance to go above .500 for the first time since January of 2004. Given the fact the 2200 Bard students who wander the 500-acre campus of dense forest and Hudson River wetlands were still away on winter break, there was a half-decent turnout for the Bard-Maritime tilt. It was part cabin fever relief for some local Red Hook families and part Bard employees acting faithfully on an email notification. It was a quiet crowd, but the Bard basketball team made up for that with their own noise. It starts with their pre-game warm-up, which has an EST-like motivational seminar feeling to it. Forced enthusiasm meant to scare their opponents before the game starts, perhaps? Many Bard players were sweating profusely a full eight minutes before the opening tip.

There’s a certain sameness to all low-level college basketball. It’s played in a high school gym with higher ceilings and better quality conference banners. The refs look like Italian waiters. There’s always trouble getting the game clock started or the wall-bound scoreboard properly operated. There’s the excellent abrasive claxon that is the substitution buzzer, a noise I personally find to be the definition of winter. It’s the same no matter where the game is played and is the one constant to be relied on. Every household should have one.

Most Bard athletic teams allow for team-building quirks such as zany socks or 1970s Napoleon Dynamite looks or in-joke bench rituals. For the basketball Raptors, the zany socks belong to senior guard Ben Kane of Rockville, Md. He wears Abbie Hoffman-styled American flag socks. Kane and his teammates seem to be on some hyper-communicative jag encouraged by energetic head coach Adam Turner. At the half it was 37-35 Maritime with the Privateers lead sealed at the buzzer by an impressive fade-away three-pointer from Brendon Halligan who hails from nearby Durham, NY.

For a D-III non-conference game during winter break, it was fairly fast-paced and the teams appeared evenly matched. It was fun to watch Maritime freshman Bobby Parlow of Bayhead, NY, engineer a three-point shot by using the square of the glass to bank it in from the top of the arc. It was impressive to see feisty Sean Corley—a Maritime player from Harlem—plummet into the wooden bleachers after a loose ball, keeping his balance as he staggered up the risers.

But the second half belonged to the home squad as Bard came out with a defense to stifle the Privateers. Bard junior Siondueh Burnette put on a shot-blocking (and stealing) clinic, senior Lamar Powell ran end-to-end grabbing rebounds and making lay-ups, and during a time-out with 13 minutes to play, Maritime head coach Jake Scott gave his players a loud dressing down that would have made Lord Admiral Nelson proud. But his speech failed to motivate, even as the waterfront lads from Throggs Neck labored dutifully, tying their sheepshank knots with a zesty full-court press. Bard worked hard to wriggle free with some gutsy passing and adequate clock management and in the end, the Raptors walked off with a well-deserved 75-66 win.

So they have surpassed their entire win total from last season and the Cal Tech ghosts are buried, for now. Bard has built a three-game winning streak (Sarah Lawrence and Albany College of Pharmacy were the previous victims) as they head into Liberty League action for the rest of the slate. Things could go horribly wrong, of course, by the time they face the Skidmore Thoroughbreds at home the day after St. Valentine’s Day. But for now, having reached the heights of 5-4, the Bard College Raptors might as well be the Duke Blue Devils.