At least if you’re a Red Sox fan. 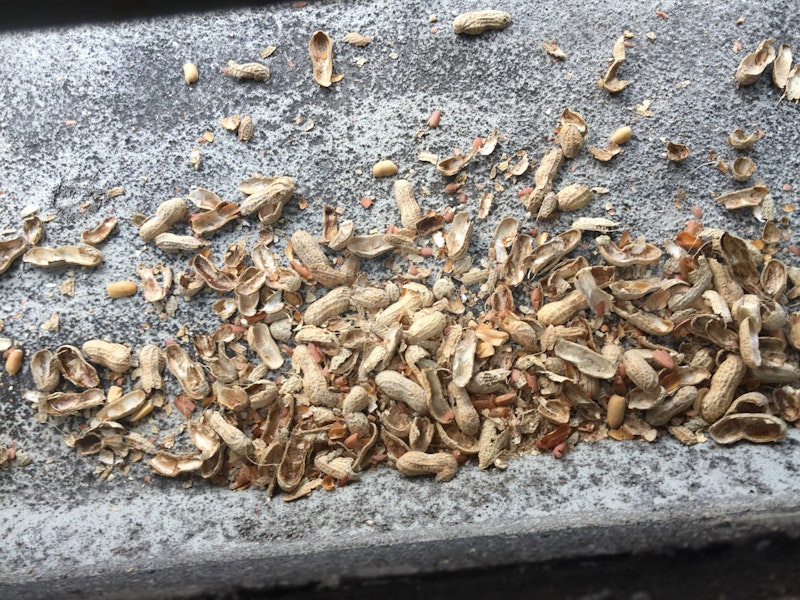 The Orioles are not my favorite team—far from it—but a Sunday afternoon at Camden Yards is rarely without pleasures. One such moment yesterday was when the kindly woman at top of the escalator leading to the club section recognized my family and gave each of us a hug, remarking on how much Nicky and Booker have grown. She says the same thing every year, and obviously has a squadron of regulars to dote over, but it was sweet nonetheless. I also smiled broadly when the lady behind us in Section 248 came back to her seat after traipsing all over the park to get her son/grandson some popcorn, and kept reminding him to keep his mitt at the ready, for on this day foul balls were hit in our direction every inning. The duo was from Salisbury, a long way to go for a ballgame, and they had a swell time, both of them following every pitch and grimacing each time an Oriole struck out.

Since the Red Sox have my allegiance, through thick and thin—and the team right now is anorectic—I almost never cheer for the Orioles, in contrast to my wife, who’s an O’s fan. But Sunday’s contest was far different: Baltimore was going for a sweep of the Yankees, an outcome I fervently (okay, maybe “fervent” is hyperbolic, but baseball gets you caught up in the moment) hoped for. I hooted my approval every time Adam Jones came to the plate—and the talented, really funny Jones actually is one of my favorite athletes—and even for the non-descript J.J. Hardy, if only because the PA announcer introduces the shortstop, “Now batting, JAY JAY Hardy!” Cracks me up every time. So does the walk-up song for home players: I might be stereotyping, but it’s a little weird that every white Oriole has a snippet of an atrocious country song when he emerges from the on-deck circle.

I know a lot of Orioles fans—big surprise, I live in Baltimore—and I’d wager that over 90 percent are huge Buck Showalter boosters. Not me. The manager does seem to get results—whether his hiring a few years back resulted in the end of the O’s long drought of meaningful baseball, or was coincidental, is up for debate—but man, this is one uptight fellow. He scrunches and growls and almost never smiles. So I was ticked off in the fifth when he allowed gassed rookie Mike Wright—who took forever to complete an inning before an alleged crowd of 36,000—to take the mound again when the Birds had a 3-2 lead. Fifty snapped fingers later, Wright loaded the bases, and Brian Matusz, just re-instated after a suspension for a “foreign substance” on his arm, walked the next batter to tie the score and then surrendered a two-run hit and that was the game. Yanks win 5-3, remain in first place, and I’m disgusted, at least for a few hours, until I got absorbed in the final season of Dalziel and Pascoe, the Brit detective show starring the late Warren Clarke (who also played “Dim” in A Clockwork Orange).

Meanwhile, out of habit, I checked the out-of-town scoreboard and groaned when it showed the Red Sox losing their sixth straight, and this time with star rookie Eduardo Rodriguez getting slaughtered by the Blue Jays (as I’d read later, shoddy defense contributed, as usual, to the 13-5 loss.) The Boston Herald’s Michael Silverman, one of the few Sox beat writers who’s bearable, summed it up on Monday: “When Dustin Pedroia, of all people, starts to hear sarcastic laughter from the Fenway faithful like the [gold-glover] second baseman did yesterday, you understand how bad it’s gotten… Imagine that: Bronx cheers in the Fens for the maximum-effort, hardest-working player on the team.”

Ten days ago, after a brutal Sox loss, also caused by errors, I pretty much wrote the team off, although there was still a glimmer of hope, since Boston’s AL East rivals hadn’t yet caught fire. That’s now moot, and like other Sox fans, it’s hard for me to reconcile that the team is kaput for 2015 and it’s not even officially summer yet. So, since I like baseball too much to count the days until NFL training camp or watch tennis or golf, my main concern now is what team can beat the Yankees for the AL East crown. Any will do, of course, but I’ll pull for the Blue Jays, since their lineup is relentless and the Canadian club hasn’t come close to the playoffs in years. Don’t like the Rays—too much bad blood between them and the Sox—and, as I said, I’ve got a Showalter/Dan Duquette problem. Overall? I’m pulling for the Astros to win the World Series, even if I can’t believe I’m saying that before the season’s half-over.