Why I'll Never Go on a "Find My Roots" Journey 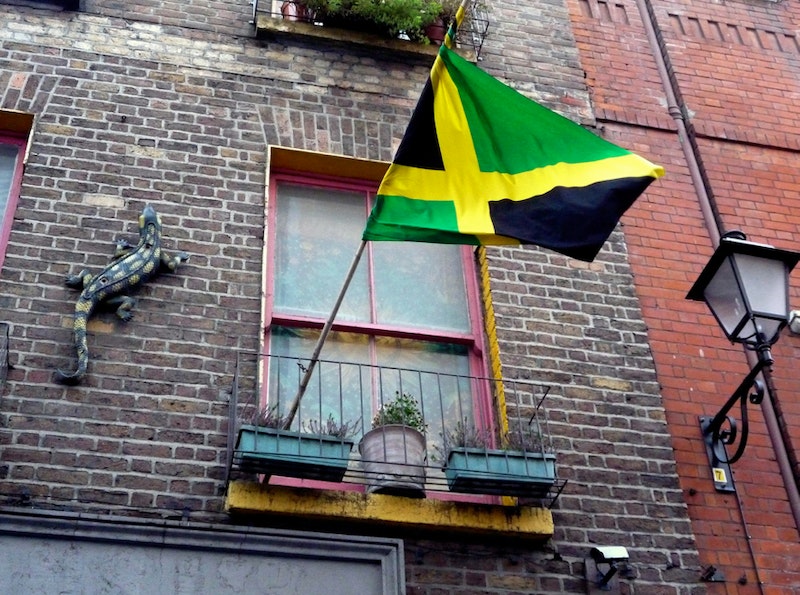 Whenever I meet other Jamaicans, they tend to give me some serious shade. Why? Because I tell them in my sophisticated New England dialect that my parents are Jamaican, my mom currently lives in Kingston, but I was born and raised in the States. However, don’t get it twisted; I can cook curry goat, eat real jerk chicken, and signal the plane just like you. I just embrace my USA heritage, maybe a little more than others. My mother is the same; her Jamaican ways eventually show, but aren’t there on the surface… tucked away and used when necessary. I’m one of those kids raised in American culture (white schools) but who learned early that this was a black social privilege and not a setback.

“It’s like they try to make feel bad for it, when I am around other Colombians who are ‘more Colombian than me.’ They often make me feel like I don’t act Colombian or embrace in my exterior traits. And I don’t. My parents were born there, but I was raised in Connecticut… that’s what I know," explained Stephanie, my childhood friend whose parents, although deeply adjusted to the US, still hold strong ties to their home country. Stephanie and I face the same struggle, except that she lives in Miami. It's basically an extension of South America, so I’m sure she gets much more shade for acting like the “white girl” from Connecticut that she is.

Like Stephanie, I’m from Connecticut. It’s so diverse that everyone is kind of the same, and international minorities tend to group together in certain neighborhoods (like Hartford) but often don't live there. The south end is Puerto Ricans, the north end (Albany Ave.) is Jamaican, and the Asians tend to be in the Farmington Ave. area. Living in the uppity suburbs means you just know this. The majority of minorities live in Bloomfield where it’s more civilized (safer and a bit more whites), and the Hartford minority districts are just where you go to get your cultural necessities; hair done right, family ingredients, or to socialize. On Sunday we Jamaicans go to the patty shop and see every Jamaican we know.

Patois was only spoken in my family when we were just around each other and close friends; I always thought you don't speak like that in public. It was kitchen table talk for us, but when around the white folk you had to speak “proper” because Jamaicans were not the majority where we lived. I now treat patois like a comical trick up my sleeve, something I can choose to reveal to others when I want.

And, to throw in a twist, I’m gay and Jamaica is extremely homophobic. Yes, I know America has its issues too, but remember that I grew up in Connecticut; I never heard too many people (besides Jamaicans) express hate for “batty-bwoys” and wishing them all dead. Jamaicans are passionate in their feelings, too stubborn for forward thinking. I’m ashamed at how homophobic and hateful the majority of the country still is, so no “big ups” for that. The USA has its homophobia too, but we’re steering away from it being violent. In America, if you’re brought up right, you learn to fake it; it’s impolite to express passionate judgment the way a typical Jamaican does. The other day a Jamaican I met at The Cook Out told me he thinks, “Gay people dem are mentally sick, but you’re different, you’re funny.” I just took my milkshake and walked to the car. Briskly.

It’s awkward being someone who can choose how much of their heritage to embrace. The American nightmare is criminalized just by skin color, so even though I get shade for “acting white” I realized early on that I’m one of the lucky ones. I appeal to both social circles, and this is an advantage for surviving in white America. I went to college with a lot of blacks (of various origins) who thought they were politically correct with their inabilities to socialize casually with whites, and I felt grateful I grew up in a place where you learn quickly that in order to succeed you have to get over that “them and you” complex. I also learned you have to mold yourself to both communities, because the Jamaicans won’t always be there on that job interview to throw you a bone of comfort. Whether the complexity exists or not, it’s only a perk if you’re able pull from different skill sets to identify with both the minority and the majority. I can drop it low and dirty whine with Raquel, but can also kayak and hike with Mary and Matt.

Since my kind (LGBTQ) is not welcome in Jamaica, there’s no encouragement for me to walk around parading my heritage like the bad accents in Cool Runnings. As a kid hearing my uncles and their friends diss the gays with such ignorance, I always wondered how it would play out if I actually wanted to spend some time in Jamaica and become more “Jamaican.” Then reality sinks in and I realize I’m one of those gays where it’s just obvious, and so therefore I don’t stand a chance of disguising myself for a "find my roots" type of journey. No thanks. I’ll just go to the same patty shop and enjoy the curry goat and carrot juice, because no one makes it better.