We all need to be loved

Gay sex in Chattanooga, not the easiest thing to come by... 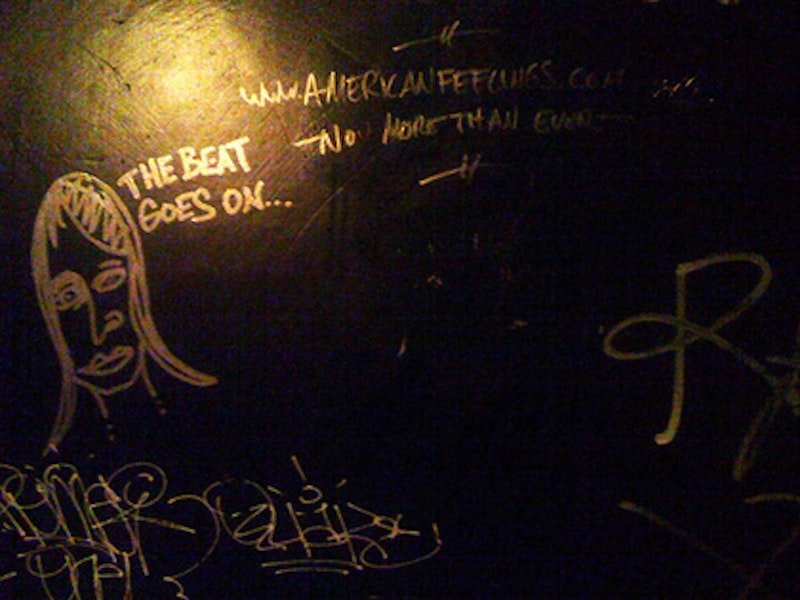 My friend Emily asked me to help her with a romantic dilemma recently. Emily is a librarian in Chattanooga, Tennessee, a city primarily known as the home of both Pat Robertson and the Moon Pie, a marshmallow, chocolate, and graham cracker delicacy consumed mostly by people who smoke Pall Malls, although this may change now that Moon Pie, Inc. has developed a green tea flavor. This isn't just disgusting, it's an affront to Pat Robertson, who thinks green tea is sweet tea gone bad. Emily didn't move to Chattanooga for the Moon Pie, but for her first grown-up job and also because she and her girlfriend split up and she needed a new landscape. It wasn't a terrible break up—they had no pets to divide and the car wasn't worth fighting over—leaving was an escape from the person who was no longer her person.

Besides practicing her librarian Shh!, Emily's favorite hobby is fishing for clit. Unfortunately, Chattanooga isn't exactly a hotbed of girl-on-girl tribbing, so she hasn't found her people since moving there six months ago. And because Emily looks straight until a penis comes near and her legs clamp together, people in her new town assume she wants to meet a man and get married so she can lose her virginity already. Emily is quiet about her sexual orientation in Chattanooga. Her colleagues talk abut how much they love Jesus and hate abortion. Emily wonders if it's too soon to quit her job and move to San Francisco, where people have abortions for brunch and think Jesus is an ancient David Blaine whose best trick was turning water into wine.

The dilemma Emily came to me with is a common one. After six months of no pussy besides a furry orange one who shits in a box and scratches her furniture, Emily finally met another women-loving woman. Desperate to spend time with another box-to-the-left, Emily hung out with her a few times. But it was clear from the beginning that this particular gay wanted to get familiar with Emily's internal organs, and now Emily is on the lesser side of a relationship equation. The girl has a serious unrequited crush, but she has as much game as the broken wine glass I just stepped on. After the first time they hung out, chastely, the girl immediately tweeted that the Dewey Decimal system makes her wet. As Emily put it, "Operation Get Chattanooga's Other Lezzie To Have A Crush On Me was a success. Too much of a success."

If the girl had played even mildly hard to get, Emily might be interested. Yes, she has facial piercings, but at least it's her lip and septum and not eyebrow and tongue. And yes, she lives in Chattanooga, but so does Emily, so she can't really judge her for that. A little strange would be easy distraction from Jesus and Moon Pies. Besides, she's six months into a break-up. And even though Emily and her ex are the kind of lesbians who move immediately from lovers to best friends—which isn't that much of a difference since lesbian bed death often renders us lovers in name only after the first anniversary—her girlfriend started dating someone immediately and Emily hasn't even had a rebound. But Emily doesn't want the available rebound at her feet, wagging her tail and waiting to be petted. She wants the girl who treats her like that bottle you could have recycled but didn't because the trash can was right there. The less likely someone is to do Emily right, the more likely she is to carve their initials in a tree.

I am like Emily. I only get crushes on girls who are unavailable not because they are in relationships or aren't dating or are as emotionally barren as large Eastern European nations, but because they actively don't like me. Rather get a tick bite than sit next to me on the bus? I love you. The only person I really want to be with is my ex-girlfriend, who lives across the country and hates me so much that she made a voodoo doll in my image, which is why I can only see out of one eye and never have good hair days. It wasn't always like this, of course. In the four years we were together, there were moments of senseless happiness; cooling her feet with a wet washcloth after a day of walking around Paris, both of us too vain for sensible shoes; holding each other after wrecking her car, glad to be alive, yes, but more glad to be alive together. I was a terrific girlfriend in those beginning days. I discovered an unknown species of my girlfriend's spirit animal and named it after her. I trained her cat to flush the toilet and wash the egg pan after brunch. I tied a match and a birthday candle together and slipped them in an envelope filled with lavender petals and sent them through the mail even though she lived next door. But as good as the good was, the bad was worse. Our break up was so tumultuous that after she punched me in the face and kicked me out of the house—actions almost justified if one considers monogamy a virtue—I gave up. Now I am like Emily, happy to leave the real for the fantastic. In Emily's situation, I would let my admirer think I was interested long enough get a few drinks out of it. I would have called her when no one else was giving me attention, when I was drunk and in the mood for mediocre sex. I would have told her that I'd love to get breakfast but am really busy today. I would be just sweet enough to keep her answering my midnight phone calls and then I would drop her with less thought that a cigarette tossed from my car window when the novelty wore off.

When they finally slept together, the girl became more infatuated. She actually said, "I want to make love to you." This is worse than both the tongue and eyebrow rings. As the girl falls harder, the less Emily is interested. Right now, six months into a break-up and a move, Emily would rather skip intimacy for drunken hook-ups and pining for the ones she'll never talk to. But I hope she treats this girl right; tells her that she isn't interested. Maybe Emily will be honest and cut her free or maybe she'll give up, settle for the puppy at her feet. Or maybe she'll wait for the perfect combination of loving more than you are loved. And maybe I'll wait too. I'll be the favorite aunt, the friend never too busy for drinks, the one you set up with the few single friends you have left, waiting for the one who hates me from 3000 miles away to throw out the voodoo doll and call one last time.