Everyone Loves a Top

And we should turn that love into a American Idol-style reality show. 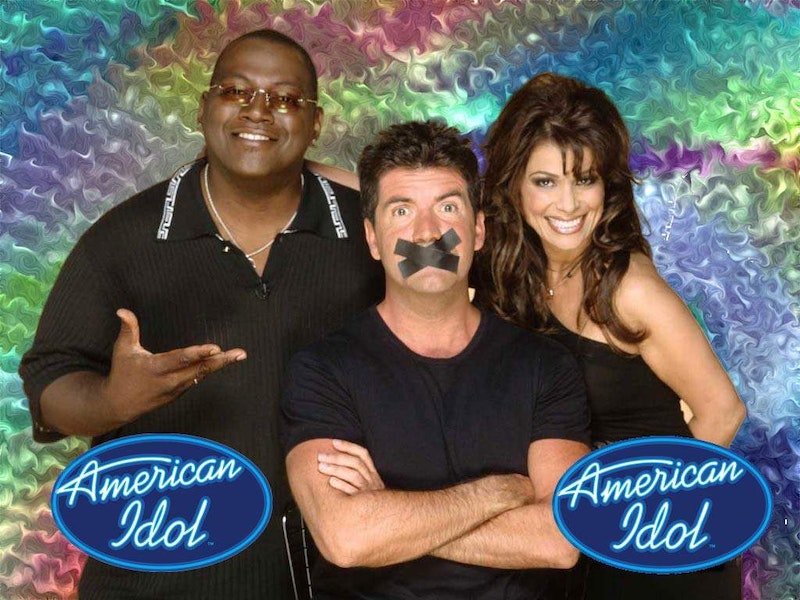 The first thing you figure out when you become a gay dude is whether you’re a top or a bottom. You’ll see a hot guy and be like, “Fuck yeah I want to do him (top!)” or “YAY OMG I want him to do me (bottom!).” Um, the only thing is that there’s a completely unnecessary and inexplicable surplus of bottoms in the gaysphere, and somebody really needs to do something to correct the imbalance.

What we need is a new kind of reality dating show. We’ve seen stuff like Bravo’s Boy Meets Boy where the leading gay dude picks a date from a pool of gays—which, BTW, also included a couple secret straights, totally unfair.

But what about a show that matches the hottest bottoms in America with the tops of their choice? What if there was a show where tops had to compete for the affection of America’s sexiest bottoms? Can you imagine all the drama?

Call it: America’s Next Top!

Top would be like if American Idol met The Bachelor and Paris Hilton’s My New BFF. There’d be “Hot Top Auditions,” a nationwide search through every cornfield, soccer field and basketball court in America for the hottest, brawniest, most delicious tops. Rain or shine, the tops would line up to appear before a panel of bitchy bottom judges.

I bet you didn’t know that being a gay is a whole lot more than singing show tunes, living at the gym, or contaminating unsuspecting straights with the fabulous gay bomb. Gays have the additional stress of figuring out who is gonna do what in the bedroom—all before the actual dating begins. You might meet the Man of Your Dreams at the local Whore Foods, but if you’re both bottoms, it’s probably not going to work girlfriend. Just when you thought the fun part of being gay was figuring out who was, wait till you start playing the “Who’s The Top Tango.” That’s when the party really starts.

For some reason, the top/bottom question fascinates everybody. Every gay dude gets asked at least once if he is “the man” or “the woman.” When Adam Lambert was on Idol, my BFF and I would conference after every episode: “Okay, based solely on this week’s performance, do you think Adam’s a bottom or a top?” But Adam put rumors to rest in an Us magazine video interview with Kris Allen, when the two are asked: “Who will take the top bunk on the American Idol tour bus?” Adam responds with a priceless: “I like the top” and Kris, a straight, busts out, letting everyone see that he gets the gay innuendo, isn’t dumb. And actually, the humorous face Kris made is what makes the whole thing so funny.

The really weird thing, though, is that a lot of straight bros ask about the gay. I’ve had a number of convos with straight guys about bottoms and tops, and once had a straight male friend tell me, unprompted, that “obviously” I was the bottom because of the way I dress. So I took out my weave and beat his ass with it.

I always thought straight guys were supposed to be super careful with their prized cocks, you know, making sure they keep them shielded from any and all gay dudes. But straight guys who are solidly comfortable in their sexuality can totally be curious about—and even want to try—the gay.  I’ve heard stories about plenty of straight guys who do it with their really fey gay friends on the D—you know, for fun! Doesn’t everybody have at least one gay experience at university or the army?

A show like Tops would be hilarious, so LOGO you better jump on it. Can you imagine the kinds of challenges the tops would have to do and get critiqued on by the panel of bitchy bottom judges? Maybe the bottom two tops would have a Push-Up off to see who stays and who goes?

“Eight sexy tops stand before me, but I only have seven jock straps in my hands. And these jock straps represent the men who are still in the running towards becoming America’s. Next. Top.”

The losing top, whoever it is, gets sent away with the requisite reality show catch phrase: “We’re sorry, but you’re just not the right fit.”