This Mascot Won't Be On Your Underwear

PINK, the suggestively-named line from Victoria's Secret, will feature mascots and logos from over 30 American colleges. Frat boys across the country are beside themselves with joy, no doubt, but the University of Minnesota wants to make it clear that Goldy Gopher (above) won't be giving a thumbs-up in anyone's pants. 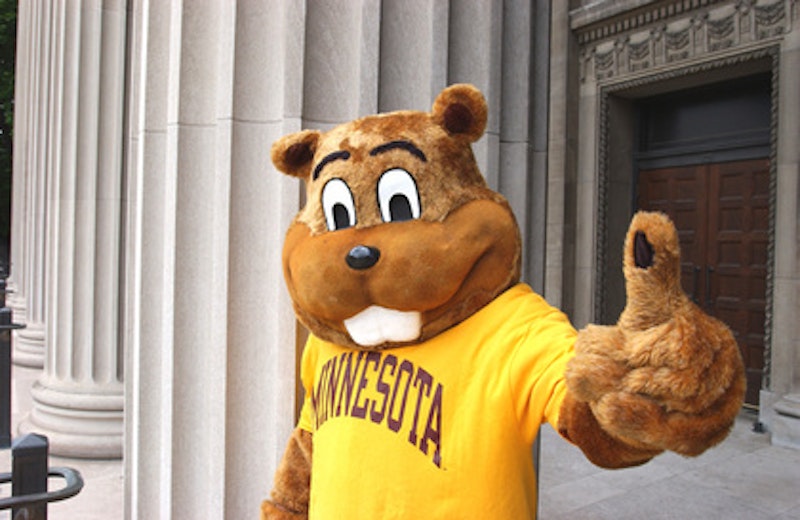 Despite previous reports, the University will not take part in Victoria's Secret's upcoming PINK Collegiate Collection.

University Associate Athletics Director Tom Wistrcill said the school notified the company that the clothing line was not in step with the University's values and focus.

However, a press release sent out this week by Victoria's Secret had the University listed as one of its 33 schools involved in the line.

"Quite frankly, the press release and the attention it received caught us completely by surprise," Wistrcill said.

Wistrcill said there may have been miscommunication between the parties involved, as the University uses the Collegiate Licensing Company as its middle man between companies requesting licenses and the school.