Complacency and blurring the lines of sexual assault. 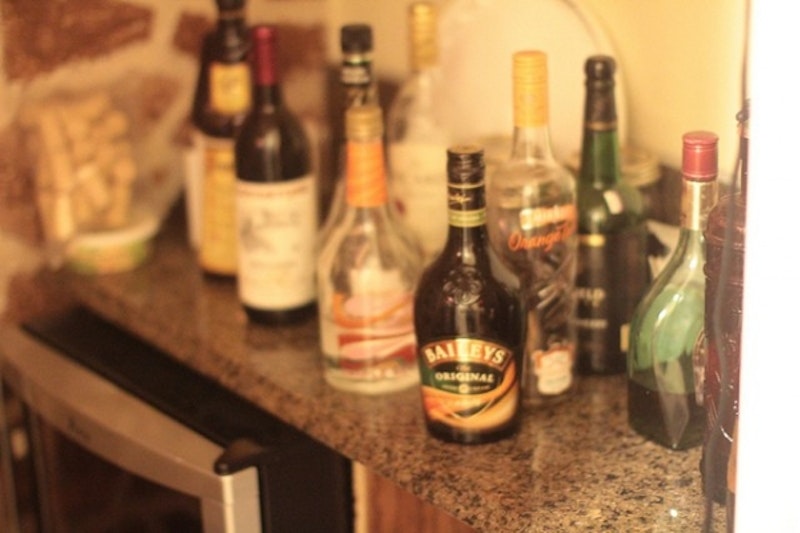 On Halloween night I stood in a circle with four male friends, hiding from a stampede of festively dressed underclassmen crowded around the keg downstairs. In my friend’s room, we embraced our youth and weekend of freedom, sipping on warm, flat Natty Lights. We would’ve been at bars, but were low on cash. The night before, the guys weren’t so modest with their bank accounts, venturing to bars where one of them was not so modest with his alcohol consumption.

He was drunk when he took a girl home, but he was hardly as inebriated as she was, one of the guys reported. I tried to distract myself from the conversation. In my bright fuchsia spaghetti-strap dress, sunflowers weaved into my long, braided hair (an attempt to be a flower child for Halloween), I suddenly felt very out of place. I stared at the room’s decorated walls, feigning curiosity at the San Francisco Giants poster and imagining the serene pool in the backyard of my grandparents’ California ranch house. But I couldn’t wander far from reality.

One of the guys interjected, “Wait, isn’t that kind of… rape?” The word barely escaped his lips before he waved a hand in the air, dismissing the matter nonchalantly and concluded: “Whatever.”

The association of these words—rape, whatever—appalled me but wasn’t surprising. These men, my friends, acknowledged the horror of the situation, but they could not bring themselves to further investigate what really happened. It’s easier to deny and dismiss.

They know having sex with an individual so noticeably intoxicated is wrong. They might even consider it rape, but they cannot be sure. American University’s Student Conduct Code steers them far from a concrete answer. According to the code, an individual is unable to consent to sex if he or she “reasonably appears to be without the mental or physical capacity to consent.”

This guideline does little. How do you determine someone’s mental capacity or whether their intoxication impairs capacity to consent to sex? The National Institute of Health reports that four out of five college students drink and that over 97,000 students between the ages of 18 and 24 experience alcohol-related sexual assault or date rape. I imagine this number excludes many of the young women and men who wake up in the morning confused and distraught over sexual encounters from the night before that they don’t recall.

The night before, it might not have been clear whether the person was capable of making a conscious decision. Perhaps his or her friends couldn’t predict that he or she would wake up in the morning with an unclear memory, confused about the night’s events. Your friend might yell at you when you try to pry him or her from another flirtatious drunk, then the next day might wish you’d stopped them. Even though you tried, they have no recollection of the attempt.

In Washington D.C. this is legally a moot point. According to D.C. law, intoxication does not impair consent, unless the perpetrator intoxicated the victim without his or her knowledge. However, in California, consent cannot be given when intoxicated and any sexual conduct is constituted as sexual abuse if the offender had a reasonable expectation to notice the victim’s intoxication.

Despite the California state flag hung above my friend’s bed, we are far from the sunny West Coast. Still, the men internally condemned their friend’s behavior yet externally excused it. They recognize no call to action, no suitable response to an already passed event.

What they view as history will likely haunt this young woman’s future. I don’t know how she responded in the morning—whether she confronted the boy she woke up with or hurried away from the scene—but I’m sure that whatever her outward reaction, her mind races, convoluted by a range of feelings.

Like many of my peers, I’ve experienced these emotions.

The summer before my freshman year of college, I woke up one morning disheveled and confused, bare and exposed in my full-sized mahogany bed, with mysterious, unwelcome company. The night before I’d invited a few friends over, as was the custom when my parents left town. I vaguely remember the night of heavy drinking. We grew up in a Big Ten college town: stumbling college students paraded the streets belligerently almost every night—nights like these were in our nature and consumed many weekends of our high school years, acquainting me with boys like the one in my bed, though I hadn’t invited him to my house that night and didn’t remember his arrival.

I do recall the overwhelming feeling of nausea that morning, both from the alcohol and the perplexing situation. The initial confusion, the self-disgust and the guilt overcame me after I confessed the event to my best friend, who ostracized me for sleeping with someone she had hoped to pursue, bore down heavily on me for weeks.

I vividly remember my friend Sam’s strained expression when he asked the day after whether I remembered what happened. When I uttered a quiet no, he nodded, knowing the events that had unfolded. As I turned my head to hide tears and keep from choking on any more words, the moment passed us by, and we never spoke of it again.

In instances like this past Halloween night, that old situation emerges from its lull, and I’m forced to re-evaluate a night I still have no recollection of. That night, while my mind worked in overdrive to suppress my thoughts, I scanned the room to see my friends’ faces transition similarly as Sam’s had—from concern to complacency. They know how blurred these lines are, and frankly, the gray-scale scares them. These are business majors, business students and graduates, who want to compute correct, absolute, tangible answers: they don’t want to debate the classifications of a felony.

Deep down, they know entering this path of discussion re-opens past memories, questionable scenarios and wounds. It’s possible that they could be considered both offenders and victims of sexual abuse. They’ve experienced amnesia from drinking too many times to know whether they consented, if the woman had consented, or if either had the mental capacity to consent. Furthermore, if they can’t remember the event, doesn’t that fact indicate their lack of mental capacity at the time?

When one of the men had disregarded rape with that tactless “whatever,” I couldn’t shake the subject from my conscience. I instantly thought of my friends and I who’ve experienced situations like these, waking up distraught and disgusted with ourselves for being in a place we would never have thought to be while sober. It’s never been a matter of whatever.

Studies by the National Department of Justice report that somewhere between one in four and one in five women survive rape or attempted rape during their time at college, and I wondered how the previous night contributed to this statistic. I peered over to my closest friend in the circle; his narrow brown eyes met mine apologetically. He recognized my discomfort.

Instead of saying anything, he reached into the torn cardboard blue and gray Natty Light case and detangled a beer from the plastic cover. He handed it to me and tossed a set of keys in my direction. Instead of taking the beer and reaching out for the keys, I just stared as the house key, Honda keychain and American University lanyard, crashed noisily on the hardwood floor, landing on the ground by my feet. I might as well have been frozen in place, my orange sandals hot-glued to the hardwood floor.

I didn’t feel like drinking, but my friend just wanted to shotgun a beer—to stab his keys into the bottom of a can and let warm, bubbly liquid slide down his throat. He didn’t want to discuss rape. I didn’t confront my friends’ complacency. I should have. Instead, I let them revert to the substance that blurs the lines of sexual assault and retreated downstairs. Passing a train of young men and women, I hoped their decisions to binge-drink wouldn’t lead them down a path they might regret, a pain far worse than a hangover.