Graphic violence in primetime is just fine, but don't you dare let me see a titty. 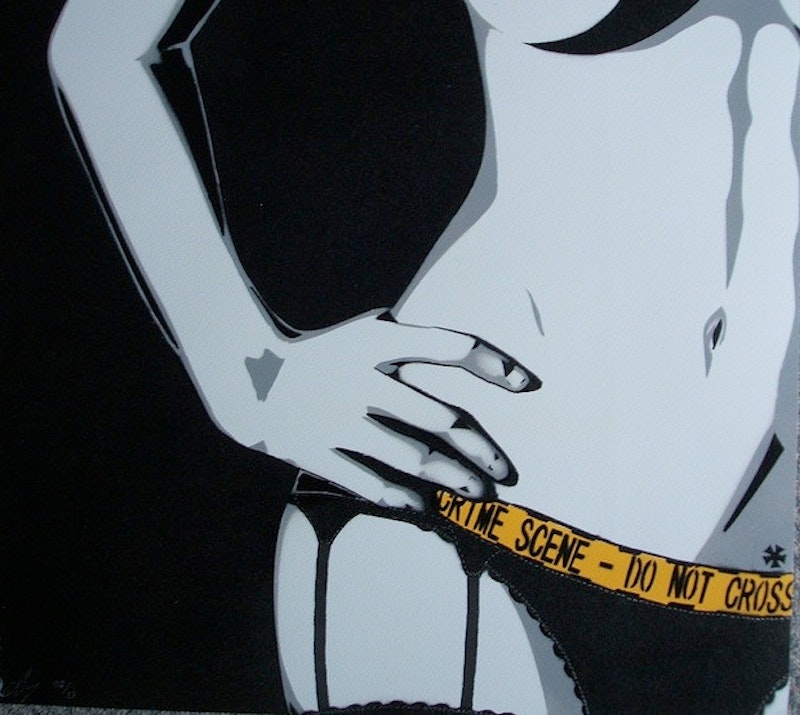 I’ve recently re-acquainted myself with cable news. Why, I’m not particularly sure, but Anderson Cooper, Matt Lauer, and Wolf Blitzer are all back in my life, for better or worse. Cooper was recently assaulted in Egypt while reporting on the revolution, and last week I could smell the self-righteousness oozing out of him as he reiterated again and again that he was broadcasting from a safe location. Well, good Anderson! Would hate to see your head get blown off on live TV. We’re already not that far from such entertainment. A couple of weeks ago, I saw the beginning of Written in Blood, one of Dateline NBC’s two-hour true crime documentaries. This one told the story of a Michigan family, the Jabalees, “torn apart” when mother and father are found dead on the floor of the garage, the victims of a messy and merciless killing.

Ann Curry introduced the night of gore and horror, and at its outset I couldn’t help but think about the fact that a nipple can’t be shown in primetime, but bloody crime photos of murdered bodies are a-okay. Even more nauseating was the sideways-baseball cap toting wigger son Ryan, who recounted the moment when he told his brother what had happened: “[I told him] mom and dad have passed. He said, ‘What do you mean Mom and Dad have passed?’ I said Mom and Dad passed, somebody killed them, somebody hurt them—they are not alive. It was just pretty much silence on the phone. I don't think he knew how to react the same way that I didn't react.” Brutal. Keep in mind this is all played over B-roll of the victims’ blood, mutilated bodies, family members crying, etc. The mother’s dying scrawl, a smudged and mopped away phrase written in her own blood (oh! clever title) is the bait that leads us through the next hour and 45 minutes, as Ryan’s older brother, Ron Jr., becomes the prime suspect in the case.

Dateline spends every moment trying to make a case for Ron Jr.’s guilt. At no point during the show do you think this is guy is going to get off. First of all, a month after the murders he told his uncle he “wasn’t sure” if he killed his parents or not. Chalk it up to a demanding Vicodin addiction, but adding to that his alibi was weak and I mean c’mon guys he totally did it. That was more or less the prosecution’s case, without any physical evidence to back it up (most of the scene had been mopped of blood, guts, and fingerprints by the murderer). The indignation I felt at the hypocrisy of our viewing standards washed away as I became more and more compelled by this story. I craved to see what would put Ron Jr. in jail, to see the moment when he finally confesses. No dice: he’s acquitted, and the show ends with its story unresolved. Huh? I feel like a used Kleenex. Did I just get played by Brian Williams?

We can’t help it: violence is compelling. We talk about how terrible it is and ask for every gory detail. The urge to rubberneck is always there. And that’s okay, I guess; it’s not like Dateline is making us more violent. What gets me is how prudish and dramatic we still are about acknowledging sex. It’s absurd that a pecker is still somehow deeply offensive and traumatic. I know we’ve come to this point after hundreds of years of history, but I was born—1992—into this modern culture and can only ask “Why?” It just doesn’t make sense that graphic violence is acceptable programming and sex, or benign sexual organs, is not. No wonder we have nuts like Jared Loughner and Seung-Hui Cho, psychos who are smart enough to know they will be forever memorialized and made infamous by the media. There’s nothing wrong with being compelled by true crime stories I guess, but let’s be real. There’re buckets of innuendo and sexual suggestion everywhere in the media. We all know everyone fucks or wants to. I can’t help but feel the cognitive dissonance we all experience every day has a lot to do with these arbitrary contradictions.