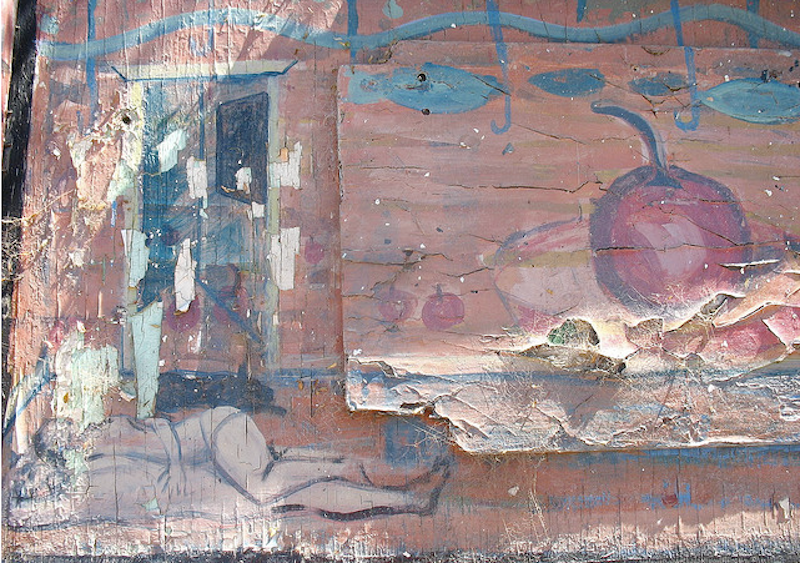 I lost my virginity at the delinquent age of 26, with a woman who’d become my first girlfriend. There is a chance that she Googles me—which is less self-satisfied and presumptive than simply indicative of the way things are. We like to keep track of our failures, to see how familiar faces slowly morph back into strangers. If you are reading his, hello. It's been a long time; I hope things are going well.

For the rest of you, it was spring break. I know this because she was still in college, 23 at the time. She had started collage late, as she too moved to another city to seek out love when she was 17—just as I had done for her. The cities themselves are not important, just that people will move to other states for what they believe to be love.

The apartments, the beds, the clothes removed, they are also not important, simply the residence of our respective reflections gliding over the other's cornea—which is perhaps a fancy way of saying "looking into each other's eyes," which is what meant the most, that final collapse into another person.

My experience was arguably a comedy; though I would have used the word tragedy to describe it all, one year later, waving goodbye to her at the airport, a large piece of glass between us. I must have been blurry, flashing my boarding pass to the first of many security guards, as there were tears coating her eyes, like a wet shield that cannot protect anymore.

I will not describe the details of that night, as the details are obvious, and somewhat universal. Biology took over, and three minutes later I was no longer a virgin. She, of course, kindly lay there, hosting this experience with a mixture of perhaps both love and loneliness, the former which was able to eclipse the latter that night.

The sex got worse and more infrequent. If this were fiction, I would have fucked her for two hours until every atom that united us exploded. I would have done this when I was 16—in a car overlooking the city, while a band for which we were the target audience played a bad song from the speakers. I still feel like I missed out on that, however ephemeral and subdued by its own disappointment. In real life, I dropped my teaspoon inside a condom and went oh, the same sound a person makes when they remember something.

Yesterday I bought a pork bun at a street stand. An overweight and homely guy in his early 20s also got one—and we ended up eating our respective pork buns while awkwardly standing next to each other in a way that made both of us slightly, and irrationally, defensive. It was like sex. The world had somehow brought us together, and there we were. I caught myself thinking "I bet you're a virgin," then suddenly felt really bad. I guess we are all cruel. If you are reading this, sorry. And hello, I hope things are going well.