Note to young, idealistic Bratz fans: Your teenage years will be nothing like what you're expecting. 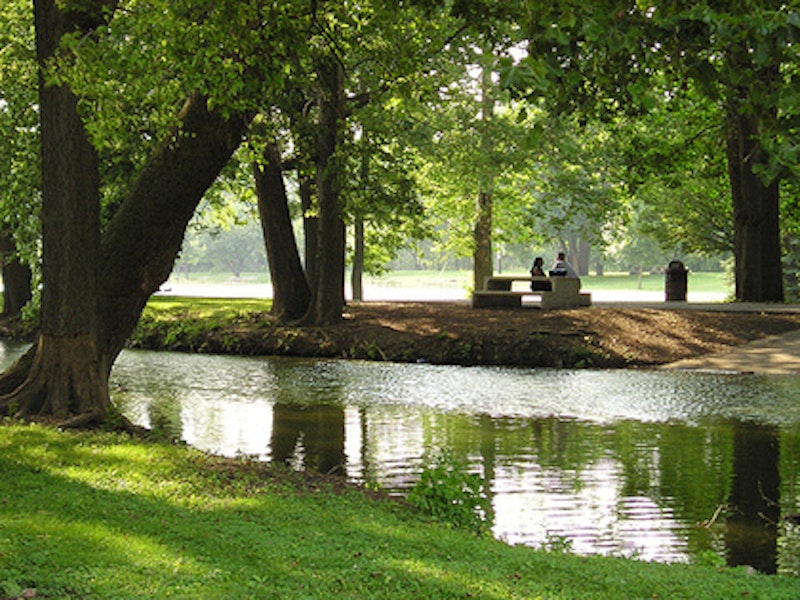 So I was watching Bratz the other day at my mother's apartment. Her neighbor, the kind of girl young enough and astute enough to make one marvel that anyone that young could indeed be that astute (her choice in movie notwithstanding), sat on the couch next to me. But maybe her choice of film was more astute than I could have guessed. Bratz revealed three remarkably poignant insights to me:

1) John Voight is in Bratz. Yes, the same John Voight who has played a President and a General and a rogue CIA operative also plays the aptly named Principal Dimly … in Bratz.

2) The Bratz are not actually bratty. Actually they're a group of very close, independent young women who don't fit in with any of the other cliques at school who give themselves the ironic nickname “Bratz.”

3) Bratz does not accurately represent reality. In comparison to the previous two points, I realize that this revelation must seem anything but poignant. Before jumping to conclusions, let me describe a scene:

An attractive young male actor, perhaps a long-lost Jonas brother, is in a store buying supplies for a party with one of the Bratz. He circles around her, complimenting her taste, talking about how much he enjoys spending time with her, how much he (ooh-la-la) really likes her. Maybe it still isn't obvious how this is anything other than routine. Notice how our young man doesn't play any games or try any pickup lines. He doesn't throw out jargon like (to quote Wikipedia):  "indicator of interest", "indicator of disinterest," "last minute resistance," "routine," "neg hits," "3 second rule," "set," "peacocking" "canned material." He doesn't pretend not to like her! He's honest about his feelings! And it works—she calls him back in the next scene.

This, of course, has no basis in reality.

Impressionable Bratz viewers be warned: Try honesty like that on a date and you won't be called back in the next week, let alone the next scene. No, you'll be pushed instead to an unspeakable purgatory, the waiting room before the Great Hall of a Second Date or the Silent Pit of Rejection. To belabor the religious imagery a bit more, I'll tell you about some company I've found in my time spent in the waiting room. There's an Angel of Hope and Support and a Devil of Realistic Insecurity, who probably resembles the "He’s just not that into you" guy.

Wait long enough and you'll be visited by both of them, given a front row seat to the battle for who can best explain the communication breakdown. Their arguments will force their way out of your mouth like a bar fight spilling out to the street; you'll have to stop brushing your teeth to let out a reassuring, "She's just busy," or an annoyed, "If she wanted to—she'd call."

Wait long enough and it'll be these two sitting beside you at the screening of your last date, analyzing every scene and mulling over every word. Every joke, even the harmless ones they laughed at, are reviewed and questioned (maybe your jokes are too harmless?). Every mention of an ex could have been taken as too heartbroken or too bitter or (worse) too boring.

The worst part about this is that there really aren't that many avenues of optimism. Like it or not, they haven't been called you back. So even if you avoid the really depressing conclusions (they aren't calling because they don't like you and they don't like you because you aren't good/fast/strong/rich/pretty enough), there was still something during the date that's keeping them from picking up the phone.

I know! It was the hand towels your bathroom. In the brief time she spent over at your apartment, you didn't have any clean towels for her after she washed her hands (your towels were in the wash). Yes, that must be it—those pesky hand towels. Always ruining relationships before they begin.

Oh, I've got it! Maybe she tried to call! Remember last month when you were a few minutes late paying your cell phone bill? Maybe that translates into, like, two or three calls that just won't go through. I mean—she had to call, right? And on and on ad infinitum. This line of thinking continues until you either get a call or you get over them. The best way I've found to do that is to go over to your mother's house, sit down for a warm meal, and try to avoid whatever fantasy is on the television. Particularly Bratz.