And the Dossier cover controversy. 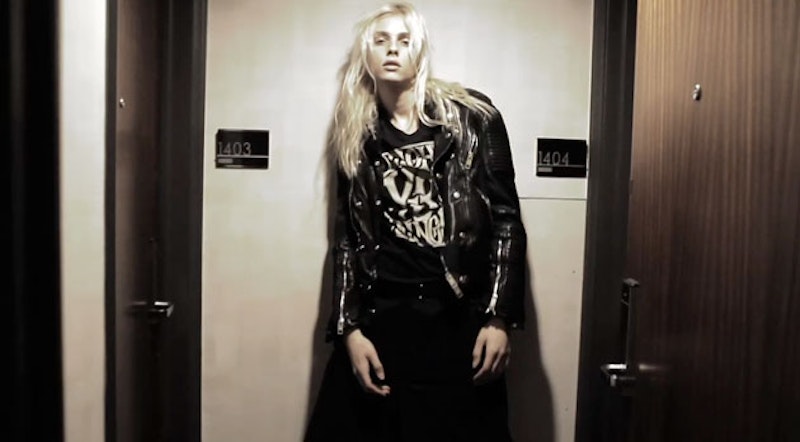 The androgynous Andrej has received attention because of his gender-bending looks. He walked in both the men’s and women’s spring 2011 shows for Jean Paul Gaultier, may be featured in the spring campaign for Marc by Marc Jacobs, and is consistently in a number of editorials in preeminent fashion magazines. He’s is a force to reckon with.

But given his feminine looks, is it right to censor a lissome male body when the covers of Men’s Health periodically features a chiseled, more in-your-face masculine figure? According to an article in the Huffington Post, Dossier co-founder and creative director Skye Parrot understands that “even though [the bookstores] know that Andrej was a man, he looked too much like a woman, basically.” With this logic, if a guy does not have the rock hard abs and pulsating pectorals of a bodybuilder, he may be subjected to the same critical censorship of a woman.

Now consider Chaz Bono. In a documentary about his sex change on the OWN network, we were not allowed to see his chest until after he had top surgery. What we were looking at was the same flesh as before, so why was it okay for us to watch him prance around topless in his kitchen now that he has something that resembles a male chest? It confuses me that in our culture we are so afraid of anything that remotely looks like a boob. Chaz doesn’t have a penis, yet we can see his chest; Andrej has a penis, but the bookstores don’t want to see his chest. This is a paradox that can easily be remedied if we just came to terms with the breast. In a culture centered on sex, is the female torso that taboo anymore?

I recently bumped into Andrej at a party in New York. He was tall, elegant and clad in a fur bolero. Yes, at a glance this person looks like a woman, and I think Andrej wants you to think that. He’s challenging our notions of beauty standards and blurring the male/female binary. In the bar, he was surrounded by designers and other models, all infatuated with his androgyny. Take a second look at him, and you will kind of figure out that he’s a man, but at that point does it even matter?