Why Is Blake Lively So Boring? 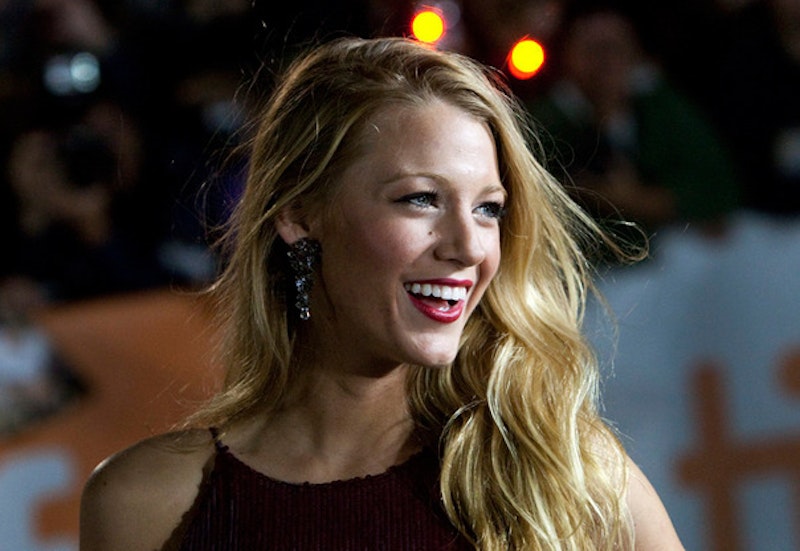 I can’t stand Blake Lively. If she’s in a movie, I’m not seeing it. Put her on the cover of a magazine? I’m not buying it. Compared to somebody like Angelina Jolie, who will kick your ass, Blake just seems so unremarkable and more boring than a bowl of uncooked oatmeal.

There are a ton of actresses in Hollywood, a new one every day, but almost none of them are more boring than the impossibly dull Blake Lively. I’ve only seen a couple clips from Gossip Girl, and I can barely keep my eyes open long enough to finish out an episode. But no matter, because it seems like the entire film, media, and fashion apparatus has gotten behind Blake, propping her up as America’s answer to Kate Middleton or something like that. Why? What’s her appeal? Aren’t there more interesting actresses out there who could be crowned America’s Sweetheart?

I’ll tell you exactly why I don’t like Blake Lively. It’s because she looks like that bitch every girl hated in high school: the Queen bee of the cafeteria, sitting over there with her fuckin’ Coach purse at the “A” table with Becky, Kelly, and Katie, while all you wanted in life at that time was to be part of the “A” group, too. She was the head of the cheerleading squad and dated the hottest jock on campus. I’m sorry, but when I look at her, I see the Mean Girl of every movie ever made about high school.

And that’s exactly why she’s famous.

Every year Vanity Fair does a “Young Hollywood” issue, in which the magazine profiles all the biggest up-and-coming stars of the silver screen. And guess what, everybody? The young starlets they feature are almost always white! I mean, like, super white, too. And guess what else! In 2008 Blake Lively made it to the list. So you know what that means: America likes its stars to look a certain way, preferably exactly the same!

I do not doubt that she’s pretty. Just look at her: gorgeous. Long, flowing blonde hair (or weave?), great eyes, she’s thin. I’m sure a ton of dudes and some lesbians would kill to get with her. But if she’s popular, it’s because she’s kind of like a template of “Middle America,” she is Every Girl in High School, the girl next door that everybody always talks about. You’d invite her over for dinner and she’d bring you a fresh baked (organic) Apple pie.

The problem with this is that a celebrity is never just a celebrity, but a figure who stands in for the cultural zeitgeist and as a point of reference of value. If somebody like Lady Gaga is famous, it’s because her presence means something about the direction we want our popular music to go. It means we’re over people like the Pussycat Dolls and are hungry for something exciting, something different. So if Blake Lively is popular, it’s because some of us uphold her as the standard of beauty and Americana. But when will America’s Sweetheart be somebody like Yaya DaCosta or Jennifer Hudson? When will she be bigger than a size four?

I’m worried that the more we prop up people like Blake Lively, the harder it will be to recognize the diversity of American beauty; that is, that there are many and various kinds of beauty in America, and being American doesn’t just mean looking like a Barbie Doll.

I’m willing to give Blake a chance if she could just figure out a way to get out of her bubble. Please don’t tell me she’s going to pull a Jennifer Aniston (also boring) and keep the same hair for the next 45 years. Like most boring actresses trying to break out of the niche they’ve built their career on, Blake played Krista in Ben Affleck’s The Town, a rough, hard-edged girl who has been used and abused. It was a challenge for Blake, an unconvincing one if you ask me. But it was her chance to distance herself from the WASP trait she’s known for on Gossip Girl, showing another side of her personality.