An Austin Chronicle interview with the authors of Destroy All Monsters: The Complete Guide to Punks On Film vs. an article about the author of Autobiography of a Recovering Skinhead. 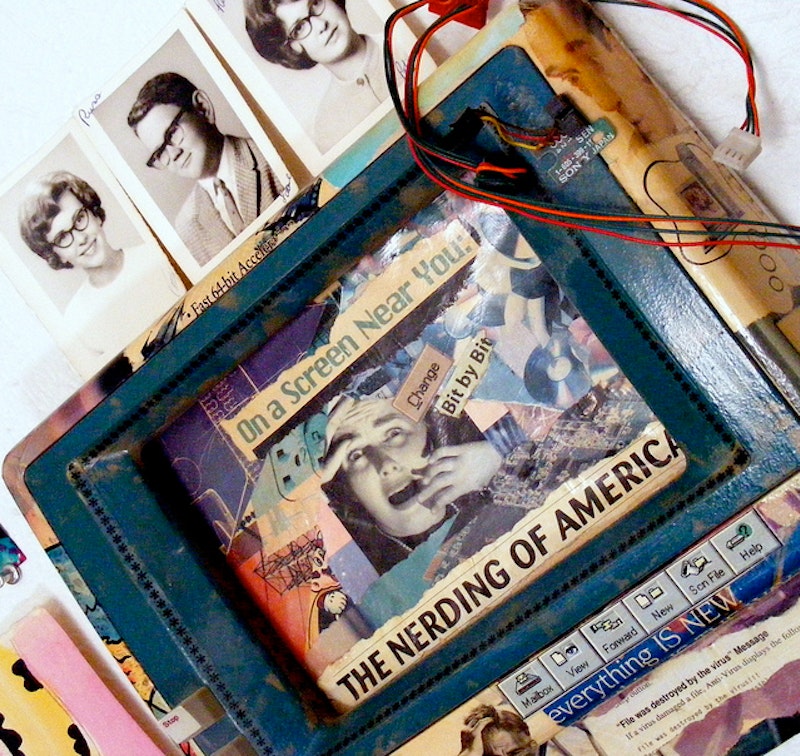 Zack Carlson: I just got more and more immersed in it.

Frank Meenik: So I get up there, and he’s not a skateboarder anymore. He’s not a punk rocker anymore.

Carlson: It was the usual story in that regard.

Bryan Connolly: My hands were blackened, and I got horribly sick because it was winter in Seattle and there was probably a cold going around, and there I was touching all these videos that had been touched by everyone else in Seattle.

Meenik: And we kidnapped him and we randomly beat this other human being for hours and videotaped the whole thing as a joke.

Connolly: That blew my mind.

Carlson: But it’s such a beautiful movie.

Meenik: And this is on the El train.

Carlson: That came out in 1986, and I'd seen kids like that at the mall, but even so, I saw that character, and I couldn't believe that, you know, his parents would let him out of the house like that.

Connolly: It was outrageous, and I couldn't imagine what would happen if I saw one because, you know, they would kill me.

Meenik: They liked me because basically I looked like a nut, so they wanted me on their other shows, and, you know, swastikas on a young kid's neck sells TV shows, so now I did a couple shows like that, and I kind of made a name for myself.

Carlson: As much shit as I talk about the Internet, honestly there'd be no way we could have done as complete a job as we did.

Meenik: But if your children are looking at these Web sites more regularly, and they're not looking at them for research, you need to step in and ask why and ask the right questions.

Connolly: But there's not a single moment in that movie at all where they're not just playing a cowboy or a bank robber or whatever.

Meenik: And they gave me a beer, and they start talking “multiracial society will never work.”

Carlson: When the kid is murdered, the middle-aged gas station attendant and the punk girl decide to get revenge by killing everybody involved in the kid's murder.

Meenik: And I just beat the crap out of this guy at this party.

Carlson: We’re insane so they don’t have to be.