Whatever Happened to Manners?

Pondering the new etiquette in our society. 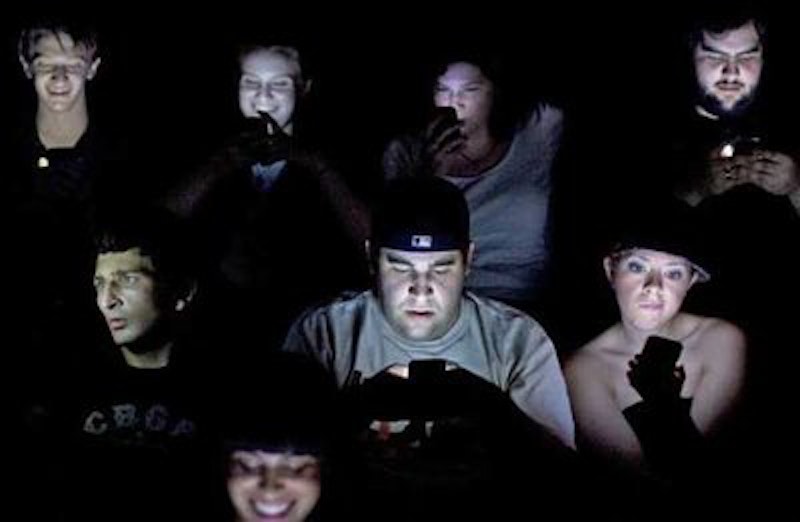 I used to read The Washington Post every Sunday morning, including the column by Judith Martin, aka Miss Manners. She’d dole out ever-perfect advice in an increasingly imperfect world, with sarcasm and common sense. I no longer buy the Post but often wonder what Miss Manners has to say about modern etiquette.

This past Sunday I mentioned to the family that I felt bad about not calling my parents, who live 170 miles away, more often. Actually, they don’t call me either unless someone has died or it’s my birthday. My family responded that at their age, it is now my responsibility to call them, not vice versa. I didn’t quite grasp that concept. I don’t want to talk smack about Mom and Dad, but they are still quite capable of digitally pushing buttons on a phone. Dad will not hesitate to email me just to say hello and I usually respond as soon as I receive his email. This got me thinking about the new etiquette in our society.

Do you ever call someone and leave a voicemail, then two seconds later they text you? I understand if they message something like “In a meeting, catch up with you later.” What I don’t understand is why they can’t pick up the phone and talk but can engage in a lengthy texting session.

Texting should be for a transmission of facts like “Meet you at the theater at 7PM.” Judi R. Smith, president of Mannersmith Etiquette Consulting says, “Anything that requires subjective conversation such as choosing a restaurant requires a call.” I agree with response in kind: an email deserves a reply email, a text a text and a phone call a phone call, unless the call only requires a single answer to a question such as the phone number of your mechanic, in which case a text is appropriate.

It’s not necessarily rude to text while you're in the presence of others—if the point of the message is to involve the recipient in the physical gathering. On the other hand, communicating extensively via text when you should be fully engaged in what's going on in the real world will surely annoy those around you.

Additionally, retail customer service has gone to the dogs. When you finally get some attention, I get called “hon” or “sweetie” a lot from saleswomen. Now, I can handle this if the help looks like my mother but older. Anyone younger is inappropriate. I’ve started using the tit-for tat manners. You know, a “sweetie” for a “sweetie,” a “hon” for a “hon.” That seems to get their attention pretty quickly.

Finally, the overused phrase “no problem” is not a valid response to “thank you”, ditto the even more informal pseudo-Spanish “no problemo.” What was the problem to begin with? What happened to that singular yet powerful phrase, “You’re welcome?” In many languages, the customary reply does not always mean you’re welcome. In French the reply to thank you is often “de rien” which means, “it’s nothing.” I’ve been guilty of using a “no problem” reply myself, but no matter how you interpret it, in American English, the correct and only response to “thank you” is “you’re welcome.” What happened to manners? I miss Miss Manners more than I thought.