What the Mayans Didn't Know About Ben Affleck's Stubble 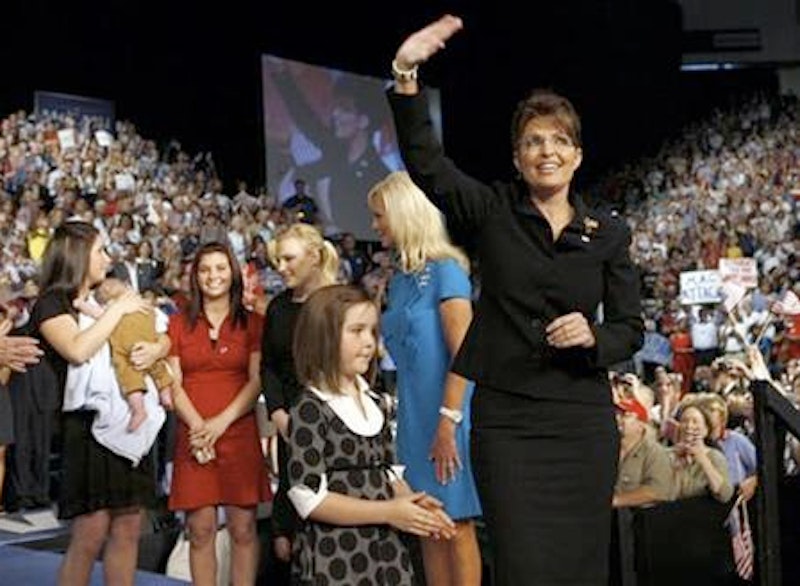 What lies ahead in the new year? Everyone has questions; a few of us have answers. In late March people will stop talking about the Mayan calendar and go back to talking about the Book of Revelations. Rooney Mara will appear in a film or do a guest shot on a premium cable series in which she has a full head of hair and giggles. Somebody will notice that MSNBC’s evening line-up repeats the same points in the same terms from program to program. Rick Perry will give what is supposed to be a heartfelt end-of-candidacy speech but will keep grinning and bobbing his head while he delivers it.

Living: A member of the Palin family is involved in a squalid, nonpolitical incident that drags media attention back to the family and keeps it there. To the max: Todd Palin is shot while vacationing with Sarah Palin, who comes under official suspicion for committing the crime because of footage that emerges of Todd with another woman, for instance a 20-year-old counter girl working at a fast food outlet. To the minimum: Track gets beat up at a club because he’s hitting on someone’s girlfriend; the boyfriend turns out to be the producer of a porn tape starring Track. Wild card possibility: Some member of the Palin family turns out to have been physically involved with somebody of the same sex, but this member and his/her fellow Palins do not believe the involvement to indicate homosexuality on his/her part.

Politics: Whether he gets nominated or not, whether he gets elected or not, Mitt Romney proves to be a weak candidate. Whoever gets nominated, fewer people are in the audience for the Republican acceptance speech than were in the audience for John McCain’s acceptance speech in 2008. Whoever the Republicans nominate for vice president will say and do embarrassing things. During the presidential debates, the Republican will say we need leadership (“Well, once again leadership is the answer here”) and the candidate’s spokespeople will say the same thing (“What people are looking for is leadership in the White House”).

Arts: Ben Affleck, moving further into adulthood, plays a suburban father. Early in the movie he leans across the breakfast table to playfully swat his nine-year-old son with a newspaper section. Just before or after this point, the son or the son’s younger sister says brightly, “What’s ‘overjaculation’?” and Affleck, pausing tremendously, says, “… Ask your mother.” At another point the mother, who looks great in blue jeans and a paint-spattered man’s shirt, either yelps and then shrugs whimsically as a newly installed shelf clatters to the floor and sends pots and pans flying (if it’s a comedy), or she briefly twists the gun from the hand of the younger home invader and snarls, “Get … away from … my kids!” (if it’s a thriller), or she sits down heavily on the living room’s Ikea couch and says, “Guys … guys, I’ll catch up with you” while she pushes the back of her hand against her suddenly sweaty, glycerined forehead (if it’s a drama).

In the drama version of suburban Affleck, Affleck eventually sits at his wife’s bedside, face heavy with stubble, and stares at her barely breathing form as early morning light falls across the medicine bottles and pill capsules. His nine-year-old son enters and stands silently by his side; after a long moment Affleck, eyes still on his wife, reaches over to pull him close.

Internet: Troublemakers will use social media sites to try and foment a revival in Brokeback Mountain jokes. They’ll do it just to see if they can, and it will turn out that they’re successful.

Aging: Asked in casual conversation what sort of music he likes, someone will reply that he likes all kinds, really, he’s eclectic. Then he will realize that this is a very standard answer and try to flesh it out. He likes Beethoven, he likes Motown, he likes Ella Fitzgerald and the Talking Heads and some of Philip Glass, he likes Toots and the Maytals and Johnny Cash and David Bowie, and he listens to sides by Benny Goodman and—who is it?—Stan Getz. Then it will occur to him that this is still a very standard answer and that, really, he likes many different genres of music well enough, but the specimens he likes in each genre are the ones that a bunch of other baby boomers also like. Then it will occur to him that it took 45 or 55 years of his life to figure this out.