To bring out all the family rancor. 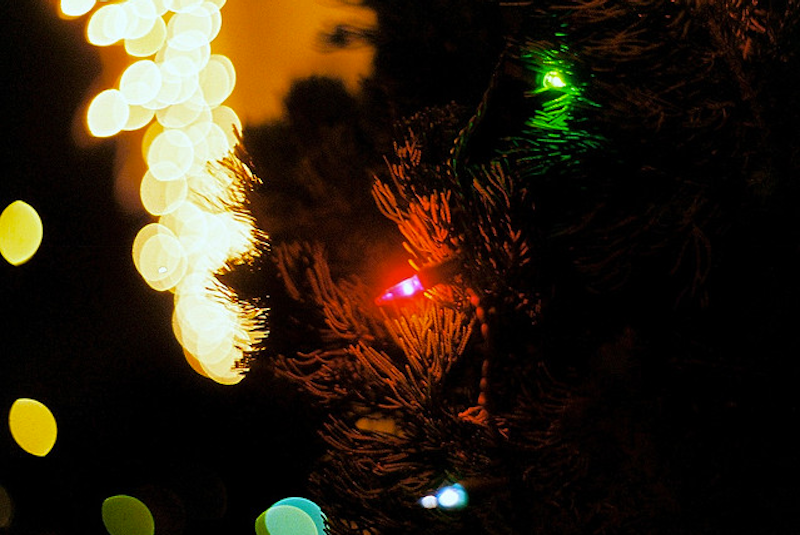 Over the Christmas holiday I learned that my aunt-in-law, Danielle, and my mother hate each other. What’s a week trapped in the suburbs with your relatives without some kind of mess! A few years ago, apparently, my mom gave my cousin Reah a bike. Reah had been living with my mother at the time, you know, just visiting and stuff like that, and my mom was being nice by offering her this new bicycle. When Danielle got wind of this satanical bicycle, she specifically told Reah, “Don’t you bring that bike home. And if you do, imo whoop you.” I mean, really? You’re really going to spank your kid over a free bike? But the way my mom tells it, that’s the way it is with everything she has ever given Reah. Well, Danielle’s ass must be jealous of you, Grandma Moore philosophizes. Fast-forward to Christmas day when yet again mom gives Reah (age 16.5, emphasis on the half) another gift, this time a Nintendo Wii, and Danielle, smiling, confiscates that, too. “Oh, let me just put it with your other stuff” with no intention whatsoever of giving it to her.

Later on, in the comfort of her Range Rover, mom tells us, Ya’ll know Danielle can’t stand me, which catches me totally by surprise because from what I know, Danielle is basically a God-fearing Mary Poppins. How can you hate Mary Poppins! To the untrained eye Danielle doesn’t seem like she’d do anything purposefully malicious or contrarian. Look, Danielle is a high-waisted, acid-washed jeans and snowman-sweater wearing, pie-baking second grade teacher! But I guess there’s more bitch under her magical umbrella than meets the eye. My uncle Marvin—a minister—complained to my grandma about Danielle’s bitchy ways: “Everybody thinks she’s Mary Poppins. Well guess what? Ain’t no Mary Poppins live here!”

Welcome back to St. Louis! What’s the point of coming together under the pretense of “family time” when it’s all for show? How come no visit home is complete without some kind of hot mess family situation that makes you semi-glad you only see these people a few times a year? It’s like, you love them and everything because they’re family and you don’t wish them any harm, but sometimes you just have to pause and be like, really?

I’ve realized that the first rule of family drama is that everything has to be said behind people’s backs. Oh sure, you can smile and laugh and joke while everybody’s at the table devouring the greens, dressing, turkey with brown gravy, cornbread, candied yams, glazed ham, macaroni and cheese, and cranberry sauce. But as soon as the object of gossip leaves the room, here come the collective “mmmhmm’s”; knives go in the backs and out comes the real tea. I guess it’s possible to say what you really want to say about the other person to their face, but gossip is so much more effective when it happens behind closed doors, when the nature of what actually happened or what was actually got said varies from person to person.

Everybody knows and accepts that my step-father is a little ridiculous: sleeps at night with the heat turned all the way off, has zero tolerance for dishes or water marks in the kitchen sink, thinks very highly of himself or, as he gets described, is “a legend in his own mind.” Long story short, nobody wants to be left in a room with David. Well, we were sitting at the kitchen table talking about the job market and stuff like that, and I was really surprised by the flow of the conversation because he seemed genuine, intelligent, interested, and actually quite helpful, all things he’s not supposed to be. At the end of our one-on-one he was like, Hey give me your email address. I want to send you some stuff. Okay, cool. I go into the kitchen to get some juice, my mom pulls me aside and she’s all, “Don’t you send him an email. He has spyware. And if you do give him your email, create a different one but don’t open it.”

As she told me this, I just shook my head in compliance and understanding because little did she know, earlier that day my cousin told me about how David installed spyware on my mother’s computer and cell phones as a way to keep tabs on her whereabouts. That way he can know where she is, who she’s talking to, and what she’s doing at all times. “She can’t even talk right on the phone anymore.” Now doesn’t this sound like something straight out of Tyler Perry movie?

There’s nothing like spyware and a pie baking bitch from hell to get you in the holiday spirit!