What Happened to Law & Order? 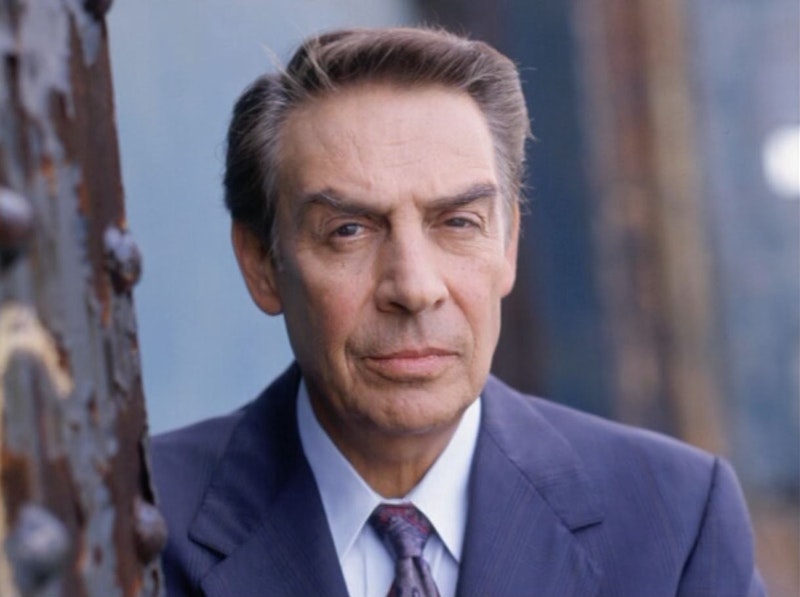 One night over the holidays at my parents’ place, after the niece and nephew are in bed, drinks flowing, I decide to put on an old family favorite, Law & Order; specifically, the season premiere of Law & Order: Organized Crime, the first of a three episode saga called “Gimme Shelter.” The second installment is on Law & Order: SVU and the third is on the recently revived Law & Order. I’m very familiar with the series’ downward turn in quality after the season 12 departure of Detective Elliot Stabler (Christopher Meloni), who later returned to the franchise in the Organized Crime squad. But evidently my parents, whose familiarity with the series is mostly limited to the Benson-Stabler era and before, aren’t caught up on the more recent seasons. My dad dryly noted, “This is bad.”

He’s right. It is bad. Law & Order has always been kind of bad—at worst a highly effective and pernicious work of propaganda (well covered on an episode of Last Week Tonight), at best a trashy TV show with formulaic plotting, hammy acting, emphatic music cues, and a laughably conservative slant on the show’s titular subject. But it hasn’t always been this bad. What happened? I ask myself as Stabler’s cocky informant gets pummeled in some sort of Brooklyn backyard fight club.

Though Law & Order is formulaic, the formula is its primary appeal. Broken down to its most basic components, it consists of: the “In the criminal justice system…” intro; a cold open of New Yorkers stumbling upon a victim; a dumb, often hilariously insensitive quip from the responding detective (an artform pioneered by Detective Lennie Briscoe, portrayed by the late Jerry Orbach); the credits, accompanied by an all-time TV theme banger from the legend Mike Post; the ripped-from-the-New York Post investigation; and lastly, the trial. The mystery is fun (part of why the spinoff Law & Order: Criminal Intent failed), as is the lack of mystery. For instance, the presence of a more famous actor usually means they’re the perp. The same goes for almost any character who works in tech, as well as rich old ladies. The more familiar one is with the nuances of the Law & Order formula, the easier it is to guess who committed the crime.

At some point, though, the series pivoted to a new formula. Not long after the Dick Wolf’s empire was reduced to SVU in 2010, the single, contained stories were largely replaced by multi-episode arcs, which abandoned the long-running victim discoveries for cold opens that depict the events leading up to the crime. In the context of a show about sex crimes, maybe ditching the standard victim discovery (not to mention the insensitive quip) makes sense. You can only have so many garbage men or drunk Hudson University frat guys trip over a rape victim before it starts to feel a little tacky, though I’m not sure the excessive depictions of abuse and assault favored in the flatscreen era are any more tasteful.

What doesn’t make sense is giving Captain Olivia Benson (Mariska Hargitay) an adopted child, whom she repeatedly risks orphaning by running into hostage situations every other episode. The most likely purpose of Benson’s child is to give her character, an unwanted child of rape, a chance at rebirth through motherhood—to offer her child the love she didn’t get. But the writers apparently never asked themselves if anyone actually wants to watch that. Is anybody really eager for scenes of Benson telling her kid it’s okay if he wants to do ballet instead of baseball? Or warning him on the dangers of vaping? Is this what counts as character development on primetime?

What happened to Law & Order? Prestige TV happened—the New Golden Era of Television—and with it the demand for longer story arcs and characters to whom we feel some degree of attachment. By the time Organized Crime came along and the original Law & Order returned, the series often felt less like a traditional police and legal procedural and more like the sensationalized adventures of 24’s Jack Bauer. But the show never needed long arcs to give us memorable characters (Ice T’s Sergeant Fin Tutuola, the franchise’s best character, is proof of this). In fact, the increasing focus on the personalities in the squad room at the expense of the series’ contained, single-episode mysteries—in X-Files terms, sacrificing monster-of-the-week for mythology—mostly serves to dilute the series’ “eight million stories in the naked city” appeal.

If prestige TV happened to Law & Order, we also have the MCU to thank for its current state. The series has always had crossover appeal, both within the franchise and with other NBC properties (like Homicide: Life on the Street and Chicago PD), but the introduction of Organized Crime started a new era of near constant crossovers, of which the three-part premiere is just one example. Besides milking the sexual tension between Benson and the recently widowed Stabler, whose paths cross often enough to suggest deep connections between organized crime and sex crimes, the intertwining narratives of the Law & Order Extended Universe manufacture a demand to keep up with every arm of the franchise. Skip one episode and who knows what you’ll miss.

This all results in TV that feels weirdly inessential. The images are almost vulgar in their lack of distinction, digital photography—shooting on film went out with Stabler—that brings the squad room to life with all the visual richness of the Home Shopping Network, a far cry from the comparatively gorgeous 1990s Law & Order and early SVU. With the same degree of detachment, like God, we gaze upon our beloved Extended Universe with complete indifference.

“This is really bad,” my dad says again, his point further emphasized by the show’s iconic DUN-DUN sound effect.