Adjusting to life in London. 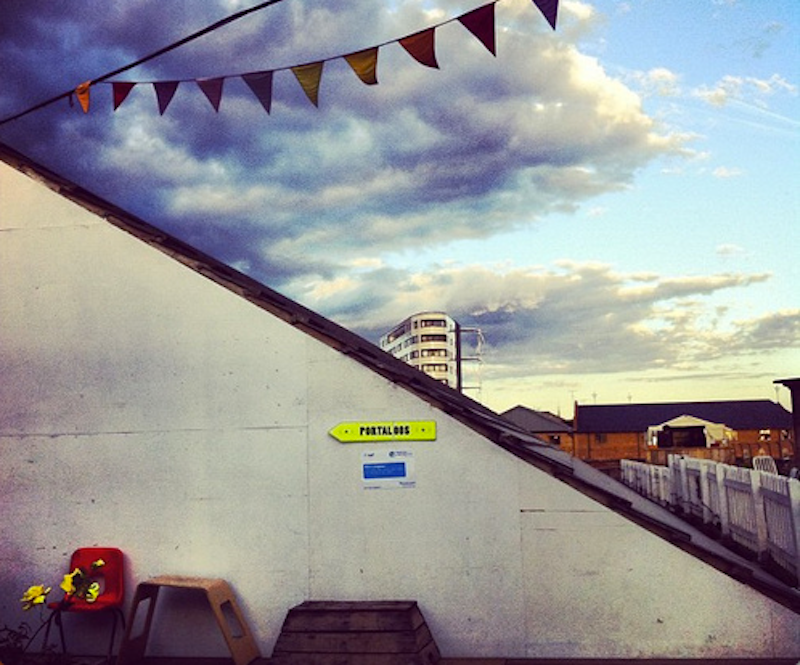 I currently live in an apartment in Dalston, East London with three other people. The guy in the room next to mine smokes weed all the time. I think that’s his whole purpose in London—to get his lungs on as much British pot as possible. And that’s great and everything, but really he does smoke weed all the time. I’m not sure if he even eats or has a job or does anything else, because he’s always locked in his room smoking weed. One Saturday he came back late, around six a.m. The first thing he did when he got back? He had himself a joint. I mean, don’t you want to brush your teeth first? Maybe have a coffee? At this point I’m actually afraid to see what this “human” looks like.

London is such an expensive city that nearly everyone here has at least one flat mate. People share a lot in ridiculously expensive places like San Francisco and New York City too, but here it’s almost a cultural thing that you live with flat mates well into your 30s or 40s, even if you’re a professional who makes a really good salary, or until you can afford to buy your own place. Flat sharing is so common in London that nearly every apartment you rent comes furnished, which means you’re expected to provide your own sequin panties and strawberry flavored condoms.

Needless to say I was nervous about moving to London and knowing that the only way I could afford to live comfortably in someplace cool would be to have roommates. The choice was that I could either live on my own but never be able to do anything else, or I could live with people and have some extra cash to go places and do stuff and buy clothes online at OAK, which is essentially my top priority.

How will it be having a roommate for the first time since 2005? I’m 30! I’m set in my ways! How am I supposed to organize dinner parties and walk around naked and talk to myself and clip my toenails and have sex with people if I have roommates! I guess the answer is that you just do what you’d normally do, like my one flatmate who was having extremely loud, porny sex the other night. Loud sex don’t care.

There’s something very American about having your own personal space. I don’t think we like to share in America, and my resistance to living with strange people just highlights that even more.

Living on your own is great, but when you’re moving to a new place, a whole new culture where you don’t have (m)any friends, sometimes having flatmates is the best way to force yourself to socialize or go home knowing that at least you won’t be all alone, even if the people there are loud sex-havers and chronic weed smokers.