The truth is that everybody cares about the way they look. 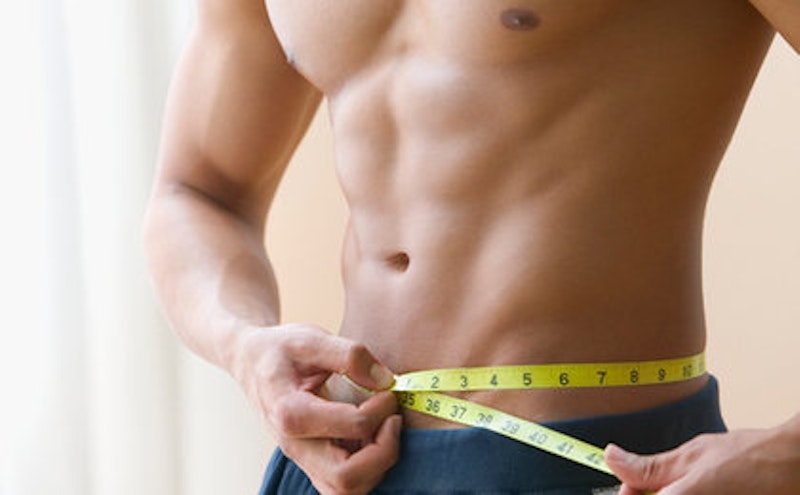 Last week I participated in a HuffPost Live segment on gay men and body image issues, a panel about why gay men care so much about having a gym bod. The truth is that everybody cares about the way they look. Nobody wants to leave the house on a bad hair day or with a wig on backwards. We all have appearance rituals. But there’s something even more pronounced about this in the gay male world, where men are more visual and extreme masculinity and musculature are appreciated above all else.

As a small-framed guy I have exactly zero interest in beefing myself up, and I will not be skinny-shamed by gay male culture. It means that I feel totally awkward in tank tops but wear them anyway, and it means that I sort of avoid shorts because I think my legs are too skinny. But those are my own issues. I couldn’t give two shits if some guy finds my body too skinny or if I’m not bulky enough for some. There are plenty of muscle heads out there, and any guy who is interested in me will be interested in my small frame.

Just about every gay guy I know goes to the gym, but it’s almost never because they want to be fit or healthy. Gay male culture places a huge premium on having a nice, tight, hot muscular bod—such a high premium that if you’re a gay dude without a nice, tight muscular bod you basically don’t exist. I even have friends who go to the gym before going out on the weekend so their tits are extra perky. The end result is that a large majority of gay guys work out so they can acquire this magical body and thusly be blessed with a bountiful surplus of tail. But that just seems boring. I’m bored.

I like skinny guys partially because it’s what I like and because as a skinny person myself I find that you just fit together better when you’re fucking! More leeway to toss each other around and get it turnt up! I really don’t want to be crushed underneath someone, fighting a cow when I’m actually just here to have an orgasm.

I hate muscles, but that doesn’t mean I don’t think they’re nice to look at or that I’m just into skin and bones either. You don’t need to have a six pack or washboard abs to get my interest. I’m probably the only person who doesn’t find muscles sexy, who thinks toned skinny guys are the absolute best. In fact I know I’m the only person who thinks this because just yesterday I sat next to a couple of girls on the bus who were talking about hot guys, a topic I’m an expert in, and one of them said: “Ugh, I can’t stand skinny guys.” Welp, there’s your proof!

People think it’s just women who have to deal with image issues, but all men suffer from them, too. Our abs aren’t ripped enough! Our dicks are too small! We get soft too soon! Our hair is falling out! Put a stop to male pattern baldness! If I paid any attention to all the subliminal—and sometimes even explicit—messages that gay male culture fed me, and even in the broader male culture in general, I’d try to change myself to fit in with the ideal. But a lot of guys buy into the aspiration and try to sculpt their bodies into what the gay porn playing in clubs and bedrooms around the world tell them they should look like, the message being: your body is never good enough. You are never good enough.

It’s a Catch-22 in a lot of ways because it’s a human thing to model yourself after what you desire. You dress a certain way to get a certain job or to look like a certain status or to attract this particular type of person. That’s how I learned to be comfortable in my body, because I know that the muscle heads are not interested in me and I’m not interested in them either. People who are into you are going to be into you, and we should really learn to love ourselves the way we are and wait for that person to come around. When I wear black plastic jeans or whatever other ridiculousness I’m wearing at the moment, I know that the guys who are attracted to me are going to be attracted to the full me, not just some dumb phoned-in body type.