Two Sides of the Financial Crisis

As work opportunities shrink, an arbitrary difference in climate can make all the difference for two similar men. 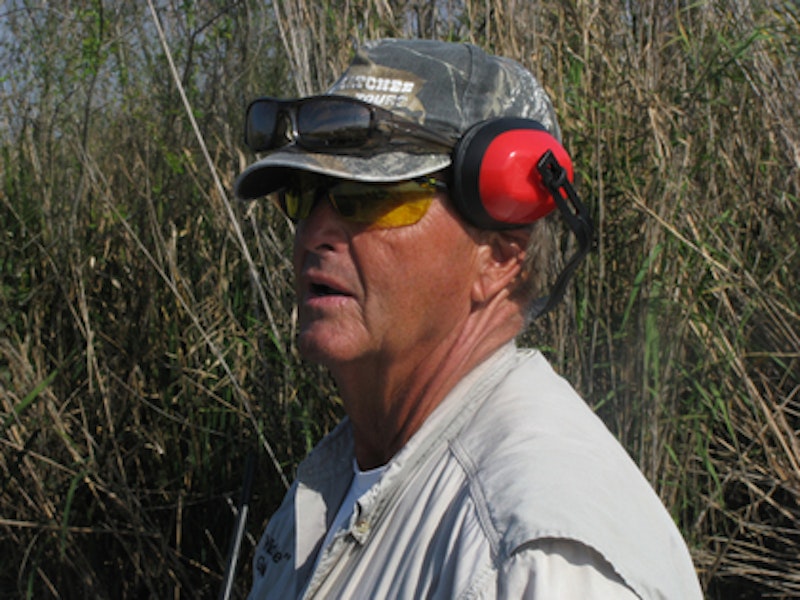 This is a snapshot of two weathered men, not far apart in age, who, for better and worse, are at starkly contrasting points in their lives.

A few days before Christmas, one of my sons and I were picking up a few last-minute gifts in Hampden, a popular neighborhood in Baltimore that was once George Wallace country, but has in the last decade or so morphed into a hybrid of lifelong residents and a pre-gentrified East Village (circa 1988) sort of crowd. We’d finished the onerous shopping chores and tried, freezing from a wicked wind and sub-freezing temperatures, to hail a taxi back home. It didn’t help that the traffic was impossible and so even cabbies across the street who’d have normally done a u-turn to catch the fare had to pass us by. A call to the dispatch office was in vain: all lines were busy, leaving me with a helpless feeling not dissimilar to standing in the rain on 5th Ave. in Manhattan at rush hour, just hoping for a lucky break.

Early on, we’d ignored a fellow who was waving his hands from half a block away, assuming he was a hobo looking for a buck or two to get some cheap booze at the nearby liquor store. Normally, I’m not a bad sport at all in dealings with the homeless (or those posing as such), and almost always reach into my pocket, but the frantic pace of the day put me in a Scrooge kind of mood. Half an hour later, the guy came up to us, and somewhat exasperated, I listened to his story, if only for a diversion.

It turned out he wasn’t seeking a handout, but was a makeshift hack, and simply wanted to give us a ride home for a reasonable price. I immediately said yes, horrifying my son, who’d sized up this character as a Bad Man, and we walked over to his dilapidated van and got in. That two busted windows were replaced by cardboard and the fact that he had to open the hood of the vehicle and pour two gallons of water into some part of the engine didn’t inspire confidence, but eventually we were on our way.

Walt was a yakker, and as we rode on the expressway for a short stint, he explained his current predicament and why he’d been reduced to luck-of-the-draw jobs and wearing threadbare clothes. It turned out that he’d been laid off from a construction company last summer, had exhausted his savings and was praying for the housing market to recover so he could once again find work. My imagination might’ve been on overdrive, but Walt’s tale of woe seemed believable, particularly in the current economic climate, and he was reasonably articulate and pretty good company.

My teenager just sat up straight, occasionally giving me a piercing glare, as if I’d taken him to an unwanted tour of Skid Row, and took a call on the cell from his brother and whispered the peril that Dad the Sucker had gotten him into. As it happened, the van wheezed its way to our house, and as Walt and I shook hands, him accepting 25 bucks with a huge smile, it was impossible not to reflect on the state of the economy and how men of ostensible good will had fallen off the grid, with no upside on the horizon. My son berated me, claiming that the hobo might’ve had a gun and stuck us up, but I told him to hush his mouth and go read a book.

Several weeks later, over the MLK/Obama long weekend, the family and I visited friends in Palm Beach, the wealthy enclave of Florida that, despite a crippling retail holiday season for the elite shops on Worth Ave. and the chatter around town that many winter residents (primarily from the Northeast) got stung by Bernie Madoff, was a different world altogether from workaday Hampden. First, despite what locals called a “cold snap,” it never dipped below 65 degrees during our stay; second, unlike up north, where the trees in winter resemble skeletons, Palm Beach is a carnival of blossoming flowers and people dressed in shorts and polo shirts.

It was a welcome respite from the slushy weather in Baltimore, but the highlight of the brief trip was a “Loxahatchee” tour of one portion of the nearby Everglades on a noisy airboat, captained by an old eccentric who goes by the name of “Wild Lyle.” Like my fleeting friend Walt, Lyle was also wrinkled and his face full of worry lines. But he was tanned instead of pasty white, and his gruff growl was most likely the price of taking tourists for expensive spins on his boat each day so they could see the sleeping gators and spectacular array of birds, most notably, at least to me, the Great Blue Heron and Snowy Egret, as well as the odd buzzard and vulture.

Lyle was also a non-stop talker but instead of stories about unemployment and living off his guile, he weaved yarn upon yarn about his life in Southern Florida—most of it near the Everglades, save his military service in Vietnam—where he was raised to hunt with his “grandpappy” and father, respect nature and largely shun supermarkets and fend for himself in the woods. I wouldn’t have been at all surprised if he’d done a Davy Crockett and bragged about killin’ him a ‘bar when he was only three.

I’m no good at botany and biology or, in fact, anything to do with nature, so it was hard to tell if Lyle’s convoluted lessons about the 17 strains of the turtle family found in the Everglades, the fossils of elephant skulls, the mating habits of alligators and the flight patterns of birds were accurate, but it all seemed pretty ironclad to me. In fact, the six of us were fairly transfixed by his patter and, at least for the hour-long ride, felt just as badly as him that bobcats are now rarely seen in the Everglades.

There was just was one awkward moment during the journey: despite Lyle’s detailed history of his neck of the woods, stretching back millions of years, he let slip that evolution wasn’t something he believed in. Normally, I’d have called the guy out on this and engaged in a political rhubarb, but as he was a gregarious host—and owned the boat cruising in swamps filled with gators—it seemed prudent to hush up. So I did (even though I was itching to hear his opinion of Barack Obama and former Florida Gov. Jeb Bush) and instead contemplated, wistfully, the differences between Lyle and Walt, the former on top of the world, and the latter desperately gathering dollar bills instead of deep-pocketed tourists.