And then hate yourself. 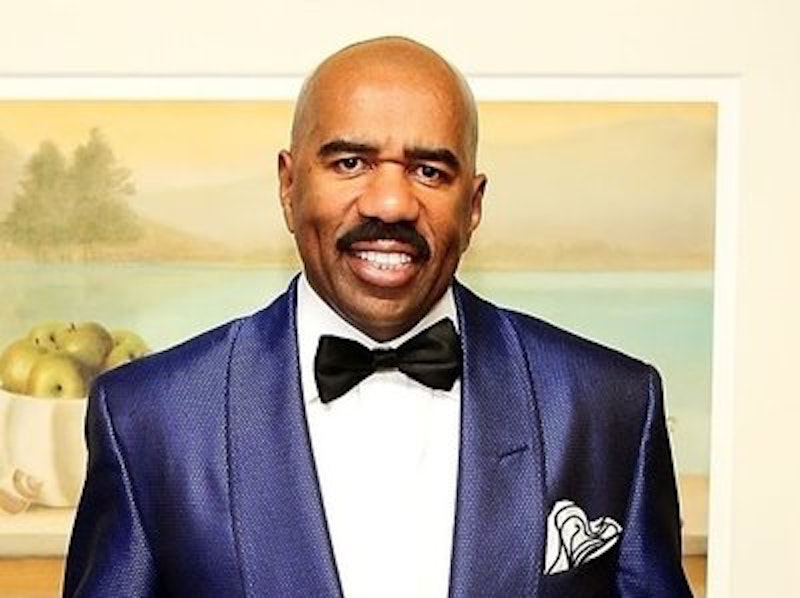 "There is no truer statement: men are simple." That's the first sentence of the first chapter of Steve Harvey's 2009 dating guide Act Like a Lady: Think Like a Man, and it sets the tone for what follows: an extended portrait of Man as sex-crazed, irresponsible, socially-broken, emotionally stunted dunderhead.

I had to read Harvey's bilge recently for work, and it joined the short list of worst books I've ever read. His vision of craven and pitiful manliness isn’t new, but his take on it is unusually blatant in its clueless pomposity. The conceit of Act Like a Lady is that Harvey's providing women with the deep, dark secrets of men—secrets that’ll allow women to date and keep a guy. Though, given Harvey's description of manly men, it's unclear why any sentient being would want to saddle herself with one.

In Harvey's telling, all men are driven by "who they are, what they do, and how much they make"—or, in other words, men are all shallow careerists, incapable of relating to others because of the unending deafening roar of their own needy egos. When men do have relationships, it's mostly for the sex, and even more importantly for the chance to brag to other men. Men don't express love by talking to their significant others; instead, they express it through being overprotective wackos. Harvey says his wife "understands that primal need I have to make sure nothing bad happens to her," a primal need which, he explains, made him so neurotic and demanding that his wife had to give up scuba-diving. "Marjorie is a pretty adventurous girl," he says smugly, "but she's cut out a lot of that stuff—the diving and parasailing" because Harvey didn't like it. Women! Get a man, and you'll never be able to enjoy your hobbies again.

Harvey's advice about men isn't based on any sort of scientific evidence, or on research. He's an expert because he's a man—and because he "spent countless hours talking to my friends, all of whom are men." Harvey is everyman, and therefore all men who are not like him, such as gay men, aren't really men at all.

Harvey believes that all men are the same. Men, as he says, are simple, which means that men aren't really fully human. Instead, they're some sort of lower primate, driven by instinct and stereotype. Men can't control themselves, and are only vaguely connected to their own emotional lives. They collect money and have sex, and then sit in a corner and fart and scratch themselves. It's what men do.

Given this dim view, you'd think that Harvey would advocate for universal matriarchy. But of course he doesn't. Instead, female superiority means that women need to spend their lives catering to masculine weakness via a sad inverse chivalry. Women need to let men take the lead, because otherwise men's feelings will be hurt. Women need to put off having sex at the beginning of a relationship, because otherwise men will lose interest—and label those sex-having women as sluts. To "think like a man" doesn't really mean thinking like a man. It means babying, pampering, cajoling and leading men. It means putting men's feelings and thoughts first, not because men are better, but because men are inferior. Men are basically whiny, demanding children, and women must spend their lives mopping up their spit, in the name of familial and social harmony.

It's a dreary fate for women—and for men as well. Dating and marriage becomes a bleak, bland bargain. Women will be subservient; in exchange, men promise to be emotionally barren. If this were really the only way people could fall in love, you'd have to conclude that the species shouldn't propagate. Luckily, Act Like a Lady, Think Like a Man tells you nothing about actual ladies or men. It teaches only one, solid, convincing lesson: whatever gender you are, you don't want to date Steve Harvey.