Is Superman a Muslim Immigrant? 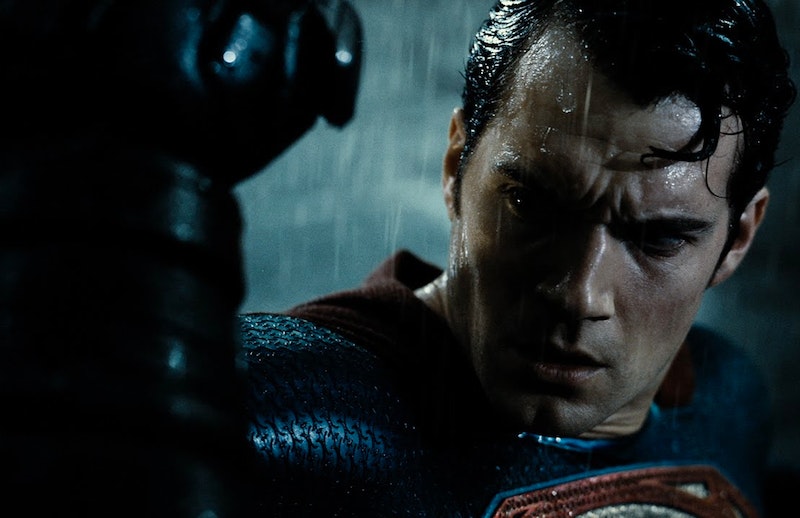 The superhero genre has long purported to be a defense of the marginalized. Heroes like Wonder Woman, and Captain America fought against fascist anti-Semitic bullies in World War II. Some of their successors, like the X-Men, are hated minorities themselves, stigmatized as sneaky, disgusting mutants by the very society they strive to protect. Superheroes deliver a message of tolerance: the outsider should be defended. The outsider may even be a hero.

This is the logic behind Kaleem Aftab's review of Batman vs. Superman: Dawn of Justice at Vice—easily the most convincing and thoughtful defense of the film that I've seen. Most viewers (including me) saw Dawn of Justice as a washed-out, joyless exercise in incoherent continuity porn, but Aftab argues the film is actually a parable about America's joyless, incoherent, post-9/11 Islamophobia. Superman, for Aftab, is an alien Muslim immigrant, who comes to America to flee desperate circumstances at home. But thanks to the actions of extremist elements (the super-powered murderous Kryptonian Zod from Man of Steel), Superman is loathed, condemned, and attacked. "The end of Batman v Superman, far from being the hot mess some claim," Aftab concludes, "is a condemnation of what America is becoming, a place where immigrants, especially those unfairly tainted because of the mass destruction caused by a few, are no longer part of a viable American dream.”

There's only one problem with this view. Superman isn't Muslim. He's a Christian kid from Kansas. And he's not some brown-skinned immigrant. He's white. This is the message of the most important scene in the film; the moment when Ben Affleck's Batman has Henry Cavill's Superman at his mercy, and is about to kill him. At the last moment, Superman mutters "Martha!" That's the name of his mother. It's also the name of Batman's mother. Batman freezes, confronted with clear evidence that Superman is not an alien weirdo at all, but is instead exactly what he appears to be—a normal white guy who deserves the benefit of the doubt. Superman is one of us. If his mom's name were Majida, or Kamala, Batman would’ve just killed him.

The film does show non-white people on occasion. Early on, Lois Lane goes off to Nairobi to confront some terrorists/warlords. Superman has to rescue her; in the confusion many innocent people die. People in Nairobi mistakenly blame Superman, much like people the world over hate America and don't realize the ultimate benevolence of the planet's most awesome do-gooder. Later, Superman rescues people from a disaster in Mexico, and Day of the Dead crowds huddle around to reach and reverently touch their literal white savior. In Batman vs. Superman, non-white foreigners are terrorists, confused victims, or awe-struck genuflectors before benevolent imperial intervention.

There’s one other option; the aliens can be white themselves. Superman was originally created by two Jewish working-class kids, who gave their immigrant hero wholesome Midwestern Christian foster parents. Superman is a dream of an immigrant making it good, but that’s only managed by complete assimilation, and a repudiation of one's ethnic identity. Nerdy Clark Kent can even be seen as a Jewish stereotype. Jerry Siegel and Joe Shuster mocked their own heritage as they fashion a new, virile, more-American-than-American superself.

Superman is treated as a dangerous alien other in Dawn of Justice, and if you're optimistic, you could see that as a rebuke to Donald Trump, and everyone who treats foreigners and immigrants badly. But director Zack Snyder's narrative isn't really a plea to recognize or tolerate difference. It's an argument that Superman is not different in the first place; Batman has erred, not because he fears difference, but because he's failed to recognize that Superman, the white guy with the cape and the all-American mom, isn't different at all.

Batman vs. Superman isn't an indictment of post-9/11 America. It's simply a restatement of  the superhero genre's longstanding belief in assimilation for those white people willing to divest themselves of all signs of their roots.  Superman isn't Jewish, and he's not Muslim either. He's white. That's why Batman, and the film, can sympathize with him.