The Tooth Fairy is a Fraud 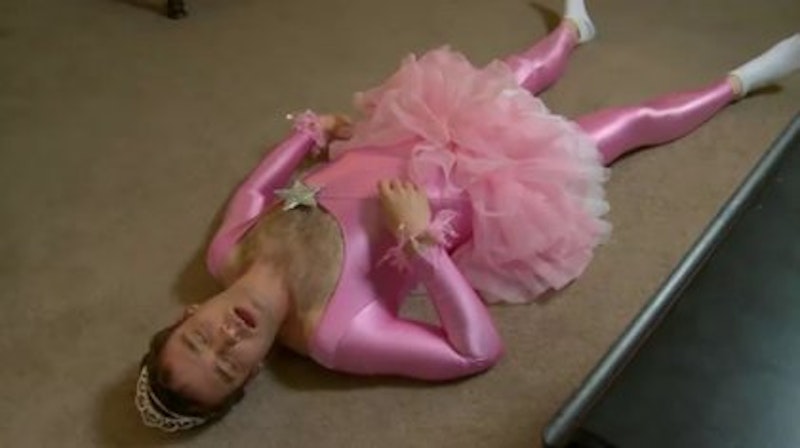 Crushing the hopes and dreams of childhood is not fun, but unfortunately as parents, we often get stuck with the task. We’re the ones who set up the carefully constructed myths of Santa Claus and his magical flying reindeer and the North Pole. We talk about the Easter Bunny, (a giant, terrifying actual rabbit who haunts our homes every spring) and how it hops around leaving Peeps and pieces of plastic grass the vacuum cleaner will find for months. So when do the lies end?

Many parents choose not to ever initiate these fantasy sequences. They tell their kids right off the bat that Santa is bullshit and the parents buy the presents. “I’m not going to lie to my kid,” I’ve heard them say. And I’m fine with it, except when their kids go around telling kids who do believe that there’s no Santa Claus. Seriously? Keep it to your own family, dream wreckers. Haven’t you seen Miracle on 34th Street?

I will admit to one time telling one of my children, at age 11, “You know there’s no Santa Claus, right?” Because honestly, there is a point where the kid doesn’t believe anymore, and is just pretending to believe so that they don’t get underwear and socks and pajamas for Christmas. Chances are they found out on the bus years before, but it’s like they don’t want to crush mom and dad with the news that they know. In the meantime, they passively aggressively comment on the inability of one man to fly around the world, how does he afford all the presents, etc. There should be an age limit on Santa Claus. You’re eight? Awesome! There’s no Santa. Get over it.

But when it comes to the Tooth Fairy? No way. Christmas Eve and sugar plum visions are one thing, but some creepy fairy with a tooth fetish showing up in kids’ rooms the middle of the night? Needs to go. My son, the youngest of four, lost a tooth a few days ago and promptly put it under his pillow. When he woke up in the morning, it was still there. Here’s where the pragmatic parents have the advantage. “Oh, your tooth fell out? Cool. Throw it out and get a glass of water.” And boom, they’re done. But those of us who have kept up the myths? We’re trapped, now.

Of course at the breakfast table his sister, 10, who has recently become wise to the ways of the parental myths, scoffed, “When Janie lost her tooth at Aunt Emma’s house, I saw her mom take the tooth and put money under the pillow.” My response? “Well, maybe that’s how they do it in Pennsylvania, but here in Maryland there’s a tooth fairy! She’s just late sometimes.” And then, to my son: “If you lose your tooth after noon, sometimes you don’t make it onto her schedule until the next day.”

As myth parents, we are often forced to come up with these fibs on the fly: She was in another time zone last night. The dog probably barked and scared her away. Maybe she was drinking too much fairy juice again at a party with the St. Patrick’s Day leprechaun. Or Captain Hook caught her.

But when you’re down to your last kid who believes in something, you find yourself in a state of perpetual childhood-ending nostalgia. I pick up stray Matchbox cars off his bedroom floor and think about how I don’t see him play with them anymore. The blue blanket he used to sleep with every night is tucked away in a drawer. The footie pajamas don’t fit anymore, because he’s too tall.

So maybe, even though she is a colossal pain in the ass, the tooth fairy can stay around just for a few more teeth or so.