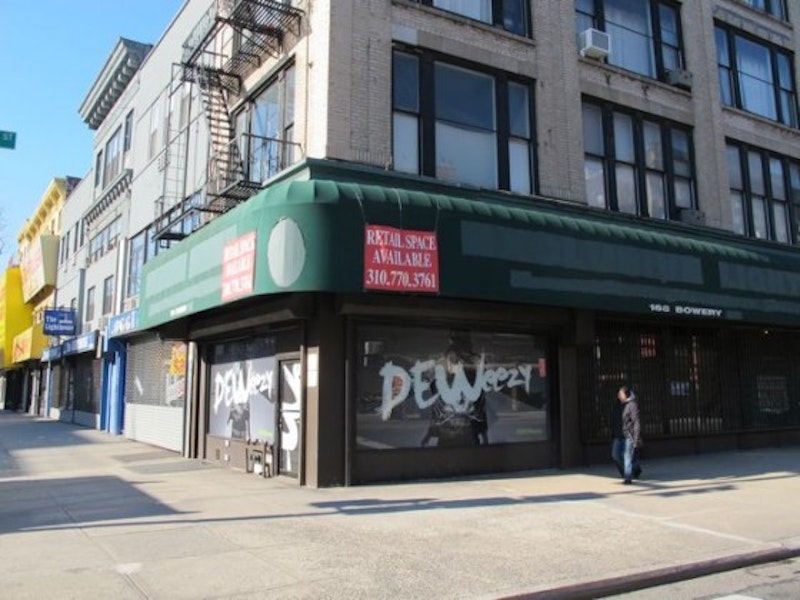 Imagine us making one another’s acquaintance while at sea. By chance, we discover that I am a fantastic violinist, while you know your way around a stand-up bass, and our chemistry as performers is as uncanny as it is mesmerizing. We vow, right then and there, to team up as a duo; we are magical, brilliant, and potentially unstoppable. The only problem is that this impassioned exchange is happening on the forward deck of the Titanic two hours before it’s due to sink.

“DEWeezy”—a recently minted venture between soft-drink brand Mountain Dew and Southern rapper Lil Wayne that’s encouraged advertising journalism as a whole to reintroduce “portmanteau” to the popular lexicon—is comparable in the only way that matters: it is, quite frankly, a terrible idea that reeks of desperation, cynicism, and cluelessness. It is our industrial-entertainment complex at its very worst, manufacturing enthusiasm where none should exist—without so much as a poorly envisioned beverage to justify it.

As recently as maybe 2001, Mountain Dew managed, through sheer marketing muscle, to position itself as the Nike of soft drinks, appealing to extreme-sport athletes through sheer advertising muscle—quite a feat given that Mountain Dew was introduced to the public in 1948. Today, anonymous energy drinks are the national soft-drink of everybody under the age of 25, and Mountain Dew is like a living museum piece: available wherever foodstuffs and petrol are sold, but culturally blah. 2008 might as well be 2001 for all intents and purposes, which I bring up because 2008 is the last time Lil Wayne mattered on an artistic level. Incarceration is not to blame; even prior to his in-processing, a trend of laziness and clock-punching was detectable in Weezy’s LPs, singles, and features.

Mountain Dew’s influence is next to non-existent; Lil Wayne’s influence is on the wane. This is the opposite of sound financial planning; it’s a suit in a Pepsico boardroom proposing that the Mountain Dew brand partner with a rapper, and when challenged to suggest a rapper the brand might partner with, proposing Lil Wayne because there was a story about Lil Wayne on msnbc.com that morning. It is Wayne Campbell (Mike Myers) asserting that Pearl Jam play Waynestock because there’s a copy of Ten nearby in Wayne’s World 2. It is Mountain Dew grasping at straws. It is Weezy feathering his nest because he knows that we know that he doesn’t really care, anymore, about elevating the rap game. It is 50 Cent, sipping a Formula 50 in the backseat of a 2013 Cadillac Escalade, checking his eTrade account via BlackBerry while laughing darkly and uncontrollably at this particular meme.