If You Want To Cover Your Tracks, Flush Twice

No, seriously, go ahead; we’ll wait. 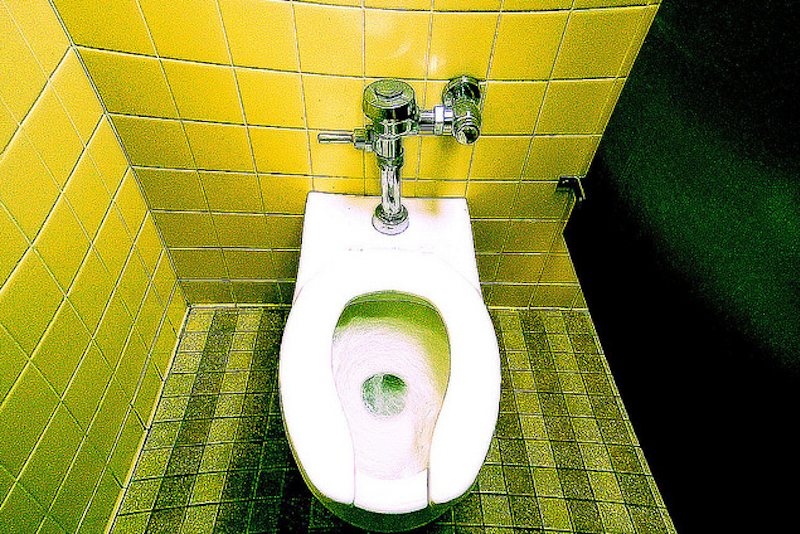 You know what I think? I think you’re afraid to flush again.

No, not at home—your home is your castle, after all, and you’ll do what you like there—no, I mean at work, in the communal men’s room. That there’s an invisible, intangible water-conservation fairy hovering whose non-presence is enough to intimidate you into a lone, half-hearted flush that doesn’t get the job done. Well, you don’t know me, but I am happy to stand in as a generic authority figure, the guy with crossed arms in a cable-knit sweater who nods slowly with grave paternal understanding as if to say: “I grant you permission to flush again. Fuck the environment.”

I mean, maybe you don’t need to flush a second time, depending on what you’ve sacrificed to the porcelain gods, but too often lately I’m rolling up on stalls where the job just isn’t done, you know?

In effect, the deal hasn’t been closed: scraps of toilet paper and other things are swirling around down there. So your correspondent recoils in disgust, and executes that second flush you couldn’t be bothered to execute, face averted, before tending to his own personal business. Unless, of course, the toilet seat is soiled, as it occasionally is. So suddenly a welcome sojourn to the men’s room—what’s supposed to be a break from the tedium of a workstation—is transformed into another chore, a disgusting buck-passing exercise.

There’s a simple solution that applies to many aspects of life: pay attention. If you’re reading this, you’re probably an adult or close to it, which means that you know something about cleaning up after yourself. If you’re paying attention to what you’re leaving behind in a stall, you’ll likely leave behind a clean stall for your successor. This feeds into karma in a direct sense, but it’s indisputable that a decrease in unexpected low-boy maintenance correlates to a reduction in stress, anxiety, and pique—and you never know whose day you’re improving just by tidying up.

Maybe it’s your boss. Maybe you’re getting a raise.