The Need for Drug Education

If people want to do drugs, they’re going to find a way. 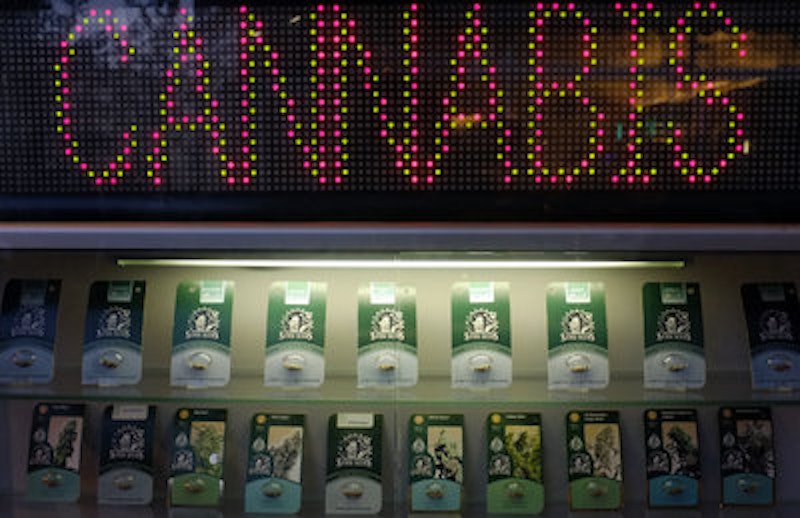 In 2013, 12 people signed a White House petition to ban all electronic dance music in the United States. The rationale? Electronic dance music “is turning our children into drug addicts and murderers,” according to a couple of frumpy party poopers. To be fair, the petition came out after the unfortunate drug-related deaths during that year’s Electric Zoo dance music festival. If you know anything about club culture or EDM festivals, then you know that people automatically assume that an interest in dance music or nightlife is just an excuse to do drugs, drugs and more drugs. And part of me thinks: what’s so wrong with that?

If you grew up in the 90s you remember the famous Partnership for a Drug-Free America PSAs: “this is your brain on drugs.” The warning message was that drugs are bad for you, and that you’ll die a horrible death if you even lick half a pill. Of the 1,501,043 drug arrests made in 2013, 1,253,358 were for possession of a controlled substance, while only 265,685 were for the sale or manufacture of drugs. The United States spends $51 billion a year on the so-called “war on drugs,” a war that disproportionately targets black and Latino men: 61 percent of drug arrests are of brown men. These people will forever have a record because they had some weed or a little cocaine on them. It’s more like a war on black people.

If people want to do drugs they’re going to find a way, on or off the radar. Laws won’t stop them, and metaphorical egg-frying commercials won’t work. The threat of arrest isn’t going to stop people from doing drugs. Being searched on your way into a nightclub by big huge burly security people is definitely not going to keep people from doing drugs, an irony given how prevalent drug use is in nightlife communities.

What if drug policies focused on educating people about responsible drug use and helping them overcome addiction instead of giving them a criminal record for the rest of their lives, making them ineligible for visas to other countries, federal student loans and even employment?

After a recent weekend in Amsterdam, a place where the smell of legal-ass weed wafts through the streets like the aroma of fresh bread at a bakery, I was surprised by how actively the city warned tourists about buying drugs from street dealers. Weed and sex work are legal in Amsterdam, as everyone knows, and the city attracts thousands of tourists every year who go there to fuck and get high. But recently a drug dealer has been selling a strand of “white heroin” that’s killed three tourists and poisoned at least a dozen others.

Outside of all the major nightclubs and high-density areas were giant LED signs warning tourists not to purchase drugs from street dealers. Signs were even posted in the bathrooms at Starbucks. You won’t be arrested for carrying drugs, the flyers read, and they encouraged you to call for help if someone in your party displayed a certain set of symptoms. If that wasn’t progressive enough the city’s mayor, Eberhard van der Laan, has launched a series of testing kits that will be sold around the city so people can test to be sure their cocaine is actually cocaine.

What a responsible way of dealing with the real side effects of drug use. President Obama, who undoubtedly knows the skewed incarceration rates for young black and Latino men in possession of weed, has already called on Congress to decriminalize marijuana. As the comedian Katt Williams tells it, weed is not a drug—“it’s just a plant, it just grows like that. And if you should so happen to set it on fire… there are some effects.”

People need vices because they distract us from the fact that we have bills to pay and go to work tomorrow. So the problem with recreational drug use is not the people who do them but the war launched against them. It’s how the media positions all drug users as wayward criminals without showing that caffeine, tobacco and alcohol are also drugs. The problem is preferring to criminalize rather than educate, selling drug testing kits or something so that at least people can be safe doing what they are already going to do whether the law says they can or not.