Why Detroit Needs a Techno Club

Techno saved Berlin, could it save Detroit? 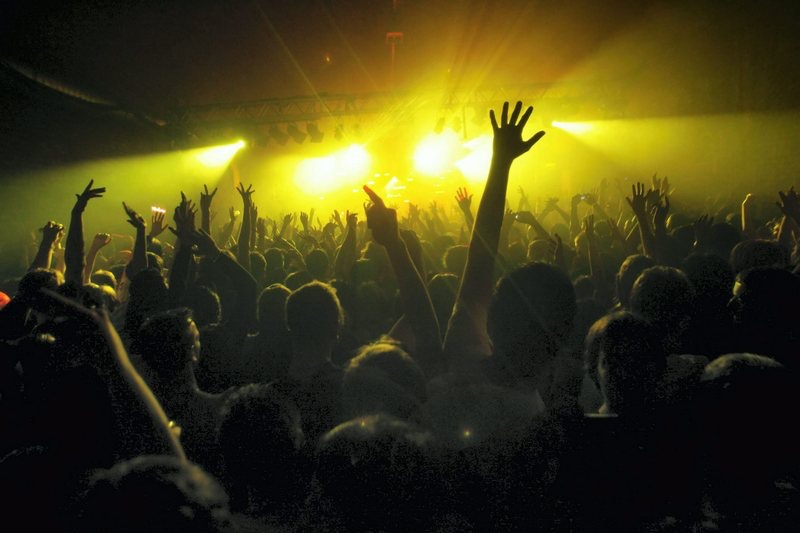 Perhaps the last thing you think Detroit needs is a techno night club. But “techno tourism”—the ability to hop on a cheap flight to visit a storied nightclub and see a line-up of great DJs—is real, and it’s what German club entrepreneur Dimitri Hegemann is betting on to regenerate Detroit. On November 29th, Hegemann announced plans to transform the Fisher Body Plant 21, a beautifully dystopian automobile factory coated in asbestos, broken glass and graffiti that’s been abandoned since 1994, into a youth hostel, pop-up restaurant, and nightclub.

The proposed club could likely be one of the only venues of its kind in the United States—a true destination. No other city in America has as much abandoned real estate or the musical history to foster this type of venue. A club of this magnitude would not only help put Detroit back on the map musically but it would also add fire to the city’s already bursting creative scenes.

It’s easy to put on a choice techno record, say something by Ben Klock or Rødhåd, both Berlin-bred DJs who ranked in this year’s Top 10 on Resident Advisor’s list of the top DJs in the world, without realizing that techno was bred in Detroit. During the 1980s, amid Detroit’s crumbling infrastructure, three black youths—Kevin Saunderson, Derrick May and Juan Atkins—developed a new style of dance music inspired by the mechanical sounds of car factories in Detroit. This was the backdrop of Detroit’s new black “high tech soul,” a sound that never really took off there or elsewhere in the United States but crossed over to Europe—specifically Berlin—and took them by storm.

When the Berlin Wall fell in 1989, leading to countless creative possibilities in the many abandoned buildings in former East Berlin, the booming bass of techno was by-and-large the soundtrack to a newly reunified Germany. Techno shook illegal basement nightclubs all around former East Berlin, and Dimitri Hegemann, who founded the influential underground techno club Tresor, which I went to over the summer, was key in introducing and fostering a culture of Detroit techno in Berlin.

What started as an underground dance music form created by middle-class black youths in Detroit during the 1980s has since become the main tourism industry in the new creative Berlin, spawning some of the world’s greatest nightclubs. Techno has helped Berlin emerge out of the ashes as a new global center of creativity.

Today, Hegemann wants to give techno back to Detroit, a music that helped save Berlin in many ways, by turning the city into a global techno destination just like Berlin. “All the ingredients are there,” he says, suggesting how Detroit, like Berlin in the 90s and still today, has huge swaths of abandoned factories and warehouses to be discovered and put to innovative use.

If you haven’t danced all night to pulsating techno in a converted warehouse, like the proposed Fisher Body Plant 21, you’re really missing out. There’s something magical about playing around in and discovering a huge, cavernous space, with large pillars, huge ceilings, nooks and crannies of all kinds, and a certain industrial flare that’s so much more interesting than dancing in a nightclub designed to look “like a nightclub.” You know the clubs: they have bottle service tables and dumb-ass VIP sections and put no imagination behind the venue at all. Unfortunately, this is the primary characteristic of most nightclubs in the United States and many cities around the world.

Techno is music inspired by the sounds coming out of factories, and was initially danced to in dark illegal warehouses. Now, because techno is a musical industry, a business, if a nominally sub-cultural one, most of those warehouses are completely legal but converted in a way to still give that gritty, illegal flavor.

In many ways the repurposing of industrial buildings as techno nightclubs is not dissimilar to how the same spaces were converted from factories to loft apartments everywhere from New York to Chicago starting in the 1970s. Most renovated loft apartments in former post-industrial cities are out of financial reach for the great majority of people because “industrial chic” has an embedded sense of cool.

Warehouse living is over. Now it’s all about warehouse clubbing.

America needs a world-famous warehouse nightclub. We need this type of space to foster new underground dance artists, a genre currently celebrated each May at the Detroit Movement Festival. We need this type of investment in creativity to bring attention to the history of electronic dance music in Detroit and to give a platform for American electronic musicians and DJs, people like Robert Hood, DVS1, Rrose, Silent Servant, Kim Ann Foxman and The Black Madonna, to name a few.

Today, American cities are increasingly unaffordable for artists and we’re losing much of our creative talent to Berlin. Electronic musicians, DJs, artists and performers have been leaving America in droves since the 90s and setting up a new life in Berlin, where the promise of great, creative nightlife, abundant space, time, affordable rent and a nice quality of life (for now) help foster artistic freedom and practice.

As someone who ditched America myself, I don’t think Americans moving to Berlin is a bad idea. Berlin is fucking fabulous! Detroit could never be Berlin, not least because it’s much easier (though not less stressful and confusing) for American artists to move to Berlin on an artist visa than it is for European artists to move to the United States on any visa. But Detroit could become something else, its own thing. So it does make me wonder what could happen if Detroit became America’s great creative mecca, and if techno—a music the city birthed—was the engine that jump-started it all.