The Merits of Universal Studios 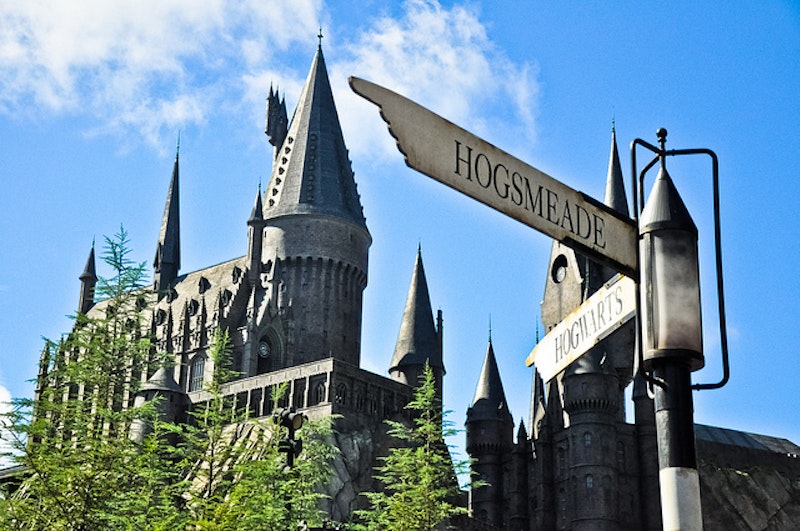 The images that come to mind when I think of Disney World are of wailing children begging for cotton candy, Frozen dolls or some other overpriced, mass-produced pieces of garbage. I figured Universal Studios would be no different, so when my family planned a trip there, I promised that I’d avoid the amusement park. Lying in the sun with a book seemed like a far more relaxing idea.

After a lazy day of unsuccessfully trying to darken my ghostly complexion, I ditched my plan and headed to the theme park with the family. I insisted we first visit Diagon Alley, the main attraction at The Wizarding World of Harry Potter. I was an intense Potter fan when the books were initially being published. The only thing I looked forward to more than the sequels was my inevitable letter from Hogwarts (some owl must have lost it in the mail).

I saw every shop and alley I remember envisioning as a kid. The reviews are true: this is J.K. Rowling’s story come to life. Sipping Butterbeer at the Leaky Cauldron and buying chocolate frogs at the candy shop was surreal. True to the book, a gigantic, fire breathing dragon sat atop Gringott’s Bank at the end of the street. A maintenance issue caused the wait for a Gringott’s tour to stretch over an hour, but I didn’t mind because an adorably enthusiastic British family, dressed in handmade Hogwarts attire, stood next to us. I had to keep my elbow ready to nudge each one of my three younger siblings for unintentionally mimicking their accents. The ride itself was unbelievable. The holograms, 4D effects and animatronics allowed us full immersion in Potter’s world. I couldn’t stop talking as I exited the ride. “Did you see that dragon? It looked so real! Anyone else having trouble going down these stairs?”

The other half of Potter World was only accessible by The Hogwarts Express. Even the train had a 4D screen instead of windows. After being saved from Dementors by Harry, we arrived safely at Hogwarts. What most astounded me was its grandiosity. I was wide-eyed as we approached it, using our Express Passes to dodge the line. This ride simulated the sensation of flying on a broomstick, successfully fulfilling my childhood dreams.

Afterwards, we left Hogwarts to find the park transformed for a Halloween Horror Nights event. We walked through the haunted houses and caught a bit of The Rocky Horror Picture Show. Why would anyone call Disney World “The Most Magical Place on Earth?” Universal Studios clearly has it beat.