The Market for Cultural Outrage

Winona Ryder, Lena Dunham, and Amy Schumer on the pyre. 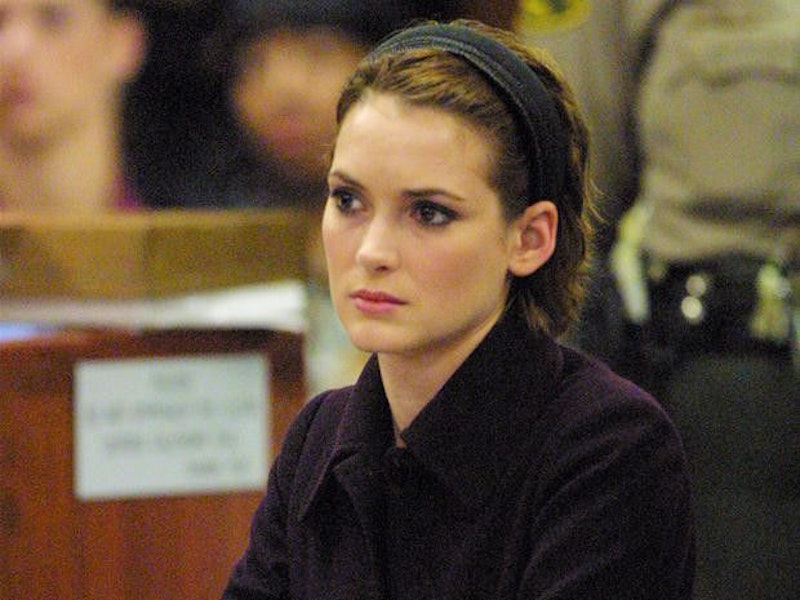 Basic cable channel Extra ran a show called Celebrity Justice for three years in the early aughts, sort of an off-brand niche spinoff of Entertainment Tonight. This report from the spring of 2002 on the Winona Ryder shoplifting case opens with “Celebrity Justice is now in session!” The segment seems so dated now in its language and pre-TMZ naïveté, the subtext something like “Spoiled rich bitch of an actress gets a taste of what it’s like for the little people in a court of law.” Yes, Ryder brazenly stuffed thousands of dollars worth of clothing into her purse at a Saks Fifth Avenue while blissed out on a cocktail of Valium, Vicodin, and Percocet. Would our modern market for outrage condemn her now, or could she spin it into some kind of anti-hero move, a piece of performance art striking down the heteronormative capitalist patriarchy in one stylish swoop?

I’m so relieved that Ryder has starred in another hit after a 14-year dry spell. Stranger Things sounded like a boring mess when the hysteria started bubbling up in late July: distracting streams of references, slobbering fan service, and yet another piece of '80s nostalgia that people somehow aren’t sick of yet. How has the '80s obsession gone on for a decade and a half? I thought the '90s wave would take over now that everyone’s wearing chokers, Doc Martens and severely short bangs. I Love the '80s aired when I was in fourth grade: how the hell is this still happening? But it didn’t matter, I loved Stranger Things, my girlfriend and I watched it all in two nights. Ryder is pretty much hysterical for the duration of the series, but it’s so great to see her again, looking very good for a mom, and apparently no worse for wear after a sustained hiatus from high profile acting.

I wonder how she’d be treated today. Ryder’s public attitude is a relic of the era when she snagged all that stuff at Saks: fiercely private, doesn’t go on the Internet, lets the work speak for itself. There’s something to be said for that at a time when other celebrities’ big mouths and Twitter trigger fingers make the Notes app screenshot apology too common. And people are even less forgiving of trespassing celebrities, so quickly climbing their moral high horses and diving right into the gutter: they implore you to “delete your account,” they use the stupid cliché “garbage person” or “trash person,” and all of a sudden, they hit you with the very ad hominem attacks that they routinely denounce and crucify others for. Lena Dunham and Amy Schumer’s latest lashing is a potent example of the kind of masochism and celebrity justice we dole out today. Immediately it becomes okay to rag on Dunham and Schumer’s appearances, and the body-shaming, fat-shaming, and utter contempt come oozing out of a facade of social justice barely masking a deep well of self-hatred and misanthropy. Is Dunham regressive? Racist? Oh, please! I couldn’t care less. The outrage market is our own emotionally abusive relationship with pop culture: scared shitless of saying the wrong thing or phrasing something the wrong way, and we relieve that tension through vilifying and shaming our peers and people on the pedestal. Ryder is lucky to have a career renaissance without incident, because it took her years to recover from Celebrity Justice.