The Man Who Caffeinates Silicon Valley

Phil Jaber of Philz Coffee fell in love with coffee as a child. 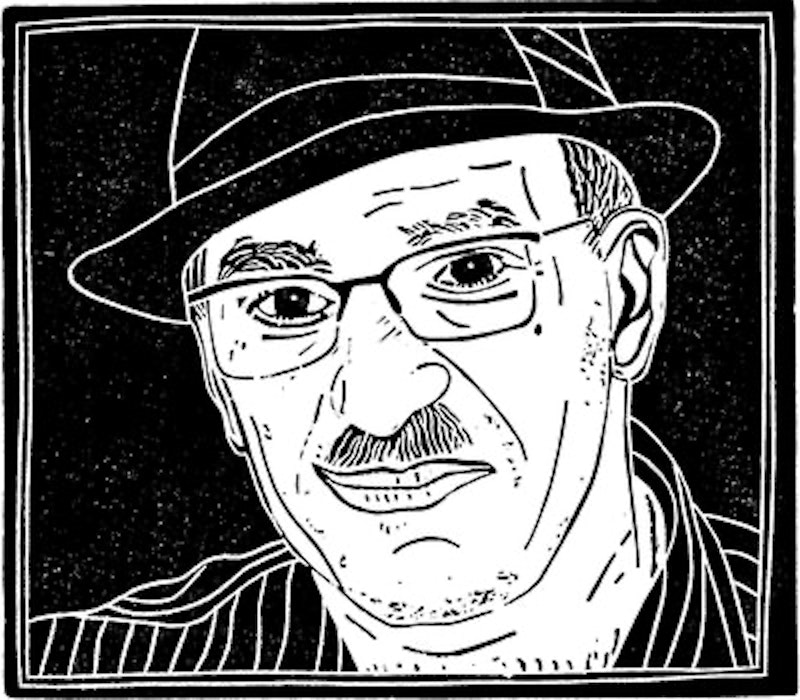 I first experienced Philz Coffee in 2007. My wife and I were visiting San Francisco when we saw a sign that read: “BEST HANDMADE COFFEE IN THE CITY.”  "What the hell is handmade coffee," I asked. "We have to check this out."

We entered a medium-sized coffee house with comfy sofas, old wooden chairs and vintage photographs of trolleys on the wall. Every seat was filled with hipster types immersed in their laptops and iPads. A large chalkboard over the front counter boasted names of coffee blends like "Silken Splendor," "Jacob's Wonderbar" and "Anesthesia to the Upside."

After 15 minutes in line, we were summoned by a smiling barista. I ordered something called "Tantalizing Turkish" while my wife opted for "Philharmonic." We watched as the barista ground a fresh batch of beans, put them in a coffee cone, poured hot water over the cone, poured the brew into a second cone, then added some kind of powdered spice and a sprig of mint. The process took about five minutes. The barista slid the cup forward and said, "Try that and make sure it's perfect."

I took a sip. I was greeted by a taste I've never encountered before. The coffee was smooth and aromatic and imbued with the middle-eastern flavor of cardamom and mint. The taste was like chai tea but it had the unmistakable bite of coffee and chocolate. "Holy crap," I said to my wife. "This is the best coffee I've ever had." My wife sipped her coffee. She immediately started laughing. "This is goooood."

The founder of Philz Coffee is Phil Jaber. Born in Palestine prior to the 1967 exodus, Jaber fell in love with coffee as a child when he secretly sipped the dark brew at family parties. As an eight-year-old, he set up a coffee stand outside the family's front yard and sold to passersby. His family moved to Northern California when he was 12. Jaber's father bought a grocery store in San Francisco and put his son to work. After high school, Jaber and his older brother bought their own grocery store in the San Francisco Mission District.

Jaber did well selling cigarettes and beer, but his first love remained coffee. He saw the business potential and began conducting his own market research. "I used to go to coffee shops and park my car and watch people go in. I used to time them. For example, the guy with a brown suit walked in at 10:15 a.m. and 10:30 he's out with a cup of coffee. I said to myself, 'That's not what I'm looking for.' I want people to go in and sit, for community, like going to your grandma's house, full of love."

Around 1990, Jaber began experimenting with his own coffee blends searching for the perfect combination of beans. He started selling coffee from his grocery store and attracted a loyal clientele. In 2002, Jaber sold his liquor license and converted the store into the first Philz Coffee. Located at the corner of Folsom and 24th Sts., Philz Coffee quickly attained a cult status. "It took off like a rocket," Jaber says. "There was no hiccup."

Unlike Starbucks, Philz brews coffee one cup at a time. They use a hand-pour method that requires 3 1/2 times more grounds per cup than standard machine-brewed coffee. Coffee is brewed at somewhere between 190-200 degrees (just below boiling) and the resulting drink is less bitter and more mellow than standard coffee. Philz does not sell espresso drinks like lattes or cappuccinos and they have no sugar or cream bar. The baristas add all the extras for you.

Jaber always believed coffee created community. He likes it when customers stay for hours at a time. His goal is to create a home away from home, a place where people can socialize and laugh and feel relaxed. "Coffee is making friends. Coffee is social. Coffee teaches you to be patient. You can't drink it all at once. Coffee is to settle, to calm down."

"We use holy water," Jaber says. "My clientele are like flowers. I steal them from other coffee shops. My coffee is so subtle, so clean, that it makes you calm. It makes you sociable. It stimulates you from the back of the brain forward. It's medicine."

Philz Coffee has benefited from the "Slow Coffee" Movement that’s swept its way across Northern California. Peter Giuliano of the Specialty Coffee Association of America theorizes that the movement is a return to a pre-20th century ethos when coffee was a luxury to be consumed with others. "Coffee has a long history of not being something that is cheap fuel for you on your way to work," Giuliano says. "It has a history of being something that has conversation involved with it. When you slow down and appreciate coffee, it has a ritual aspect to it, not only around consumption but in its preparation."

During the early 20th century, coffee became a cheap drink for the masses as a way to increase worker productivity. The opening of the Panama Canal in 1914 allowed access to Columbia's previously unreachable Pacific Coast. Americans fell in love with South American coffee and the abundant supply made the drink cheap and easily accessible. By 1919, American coffee consumption tripled.

The era of Folgers gave way to the age of Starbucks. Today, artisanal roasters like Four Barrel, Blue Bottle and Sightglass have sprouted across San Francisco. With prices at four to five dollars a cup, coffee has become an expensive luxury. But people keep lining up.

These days, Phil Jaber's son Jacob runs the company. They have 15 locations in Northern California, and have become the darling of the tech community, with coffee bars at both Facebook and Google headquarters. They're also the coffee of choice for the offices of Twitter and LinkedIn and it’s offered on Virgin American flights.

Jaber credits his success to trust, faith and a unique way of doing business. "You must love what you do. You must have faith in what you do. Be generous. Treat people like you want to be treated... with love, respect and hospitality. We are all from under the canopy of heaven."

"I cry sometimes thinking about what happened to us," Phil Jaber says. "Thank you, God. That's all I can say."