The Little Piece of Sea Glass That Couldn’t 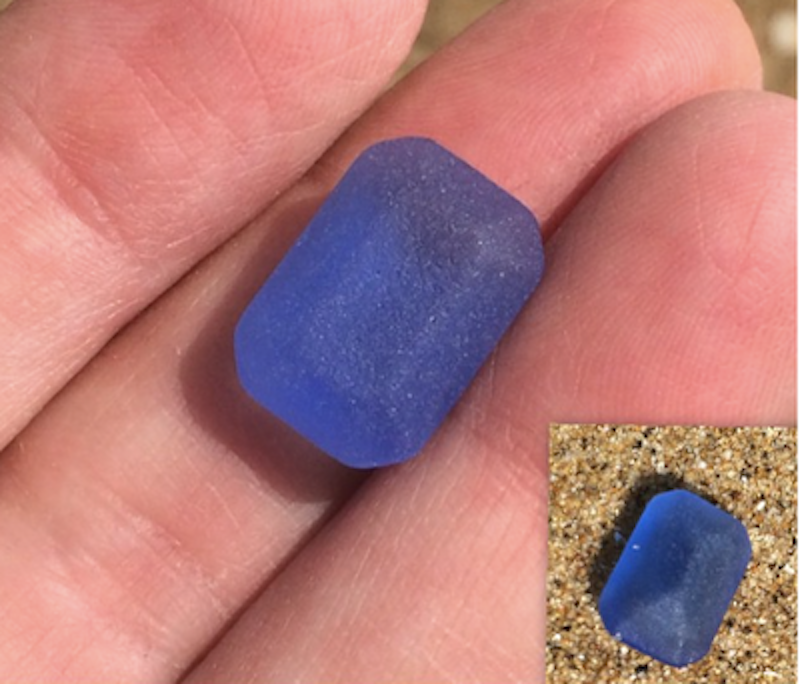 Last weekend the 10th annual North American Sea Glass Festival was held in Ocean City, Maryland. Many regular readers know I’m an avid beachcomber, kayaker and sea glass hunter, and I had a collector’s exhibit at the show this year. I also competed in the “Shard of the Year” contest (which, if you’re a Christopher Guest film buff, begs for a mockumentary ala Best in Show).

“I was especially excited about the lectures and collector's area, since my main focus on the festival was for the educational part of the festival,” said the festival’s co-chair Kimberly Hannon, Vice President of the North American Sea Glass Association. “We had a huge turnout for our lectures, which leads me to believe that we must continue to include the educational sector of the festival, which would strengthen NASGA's mission.”

More than 4000 attendees and over 100 vendors, mainly jewelers, filled the OC convention center, and 650 entries made it to the World Series of sea glass, the Shard of the Year (SOTY) contest, including a half dozen or so contenders from yours truly. I thought one piece (pictured, above) had a shot for at least an honorable mention. I’d won two at last year’s contest when there were even more entries.

In addition to the grand prize and runner-up, the prize categories include pottery/ceramics, whimsical/toys, bottle stopper, most unusual, historical, art glass, marbles, buttons, and figural. Five dollars gets you an entry card on which you can enter up to three pieces. Sea glass enthusiasts enter a wide range of glass qualities—from one piece of plain white glass up to the most amazing bottle that ever rolled up on a beach several continents away. (See all this year’s winners on the NASGA Facebook page.)

So here’s my story. I’ve been collecting sea glass since 2001 when I found a perfectly frosted orange cat-eye marble one day on a Chesapeake Bay beach where I took my kids to play. Been a bit obsessed ever since. I’ve read every book, attended every lecture, gone to every conference, and even began speaking at some. I can tell you pretty much anything about past winners of each of the last nine years’ contests from studying (okay, stalking) their photos on the NASGA website. So when I found the piece shown above, I was excited. It was the find of the year for me, easily one of the best five finds in my collection. It’s a sea glass “jewel,” a beveled, perfectly tumbled piece of cobalt-colored glass from an old piece of costume jewelry. It was a sit-down-on-the-beach, holy-crap kind of rare find. I was hopeful about its chances until I saw the other 650 entries and was kind of bummed that so many of them were from other countries.

This is the North American Sea Glass Festival, but many entries (including a number of the winners) were from Italy, England, Russia, Bermuda, other islands, and who knows where else. I was pleased to see the actual winning shard was from a ship lantern that originated in nearby Fenwick Island, and there were some undeniably amazing pieces (the miniature dog that won for figural- wow) but my little blue Titanic-esque “heart of the Chesapeake Bay” won zilch. It didn’t stand a chance in the new world order—this Olympics of sea glass where anyone could (and in fact, did) sit at a computer and spend over $500 in an online auction buying a cool piece of sea glass from overseas.

I suggested to the judges (one of whom noted my piece was a Top-10 beauty and has been informed of the honorable mention ribbon oversight) that an “international” category be added for next year. Immigration for humans? I’m all for it. Sea glass? No. I’m a sea glass racist. When the winner in one of the categories was asked from what body of water the piece had originated and answered “England,” I joked via text with my daughter about the Revolutionary War and "tea glass" parties.

This hobby is supposed to be about combing beaches. That’s where the fun is. I wasn’t really that sad about losing. My find is a personal winner, and always will be. To most of the the 600-plus fellow "losers," our pieces are treasures because of how we felt in that moment when we found them.

The festival really was great. I learned a lot from the experts about a number of my finds including a rare miniature bottle I’d known nothing about. I loved spending time with my daughter, who’s as passionate about this stuff as I am. My kids are bred beachcombers and always find better stuff due to their location closer to the beach. I had a blast sharing pieces, trading with other collectors. The joy for me comes from the hunt: in the sand, not on a computer or a jewelry shop, or even from a judge’s blue ribbon.

—See Mary’s photos from the NASGA festival on Instagram.