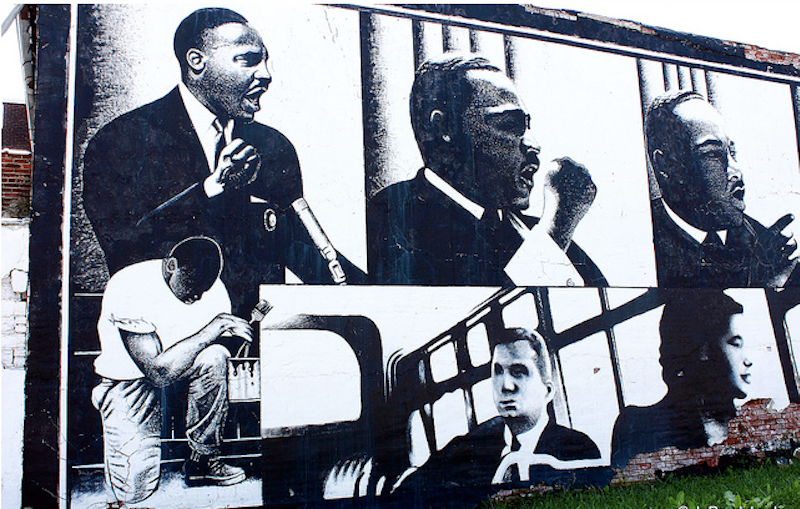 The Reverend Jesse Jackson: There's a story in the Bible of a man who hung around the graveyard.

Bono: And he had a mischief, by the way, a little bit of a wicked glint in his eye. I just had to tell you.

Jackson: The idea of walking in a restaurant with your hood on, and your glasses at night, in a kind of intimidating style.

Bono: We can get cold, fizzy drinks. Surely, we can get the drugs. This is America.

Jackson: So the impact of cultural marginalization and cultural decadence is having a devastating impact upon the minds of children, who consume so much of it.

Bono: And we would get to the children, and those children would be dead.

Jackson: Or they can't have strings in their tennis shoes.

Bono: And then just as Quincy Jones says, you're waiting for God to walk through the room sometimes.

Jackson: One goes out the roof. One goes to the floor.

Bono: It's because over the years, a lot of this money was wasted, not necessarily by the Africans, but was spent on, you know, on propping up dictators, crack despots like Mobutu, who put money in their Swiss bank accounts.

Bono: I have said that. I've been advised not to.

Bono: And they're going to come along just to make sure it doesn't get too boring.

Jackson:  But of course, in Cuba they could go into the hills.

Bono: I remember having a child in my hand that was about 2-and-a-half inches long, an African child.

Jackson: And I think that what many whites do, of course, is that when they look at us in the stunted growth pattern, they say, "Well, we pour money there. We do things. They don't seem to grow. What's wrong with them?"