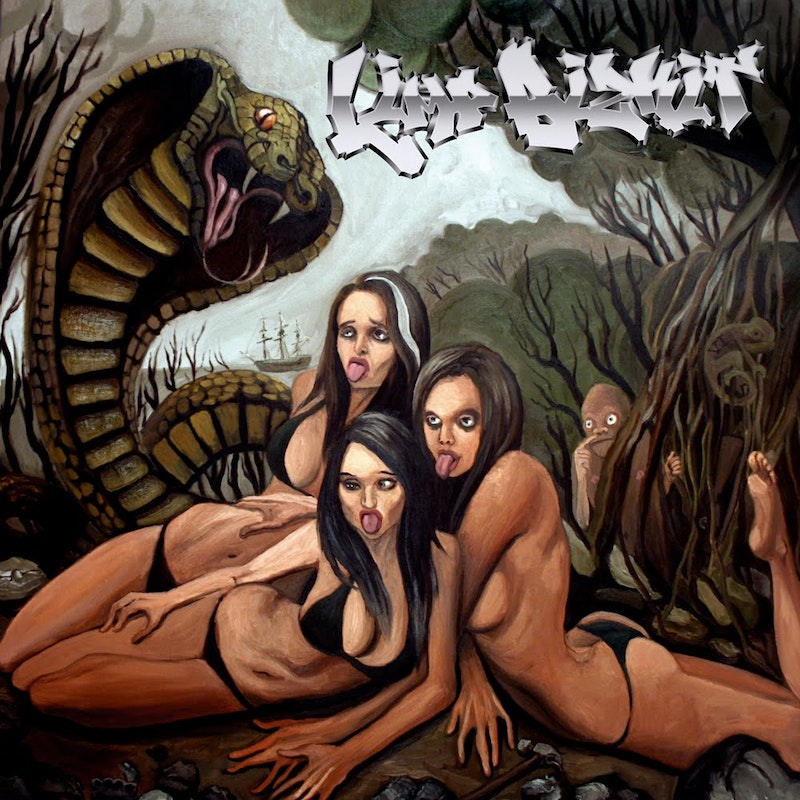 In 2011, there’s really no reason for a Limp Bizkit album to exist. The moment has passed, the ground has shifted: this isn’t their addled, pre-9/11 world to pummel and menace, and it hasn’t been for some time now. In the wake of the Florida-based quintet’s last release—an overpriced series of tuneless dirges titled The Unquestionable Truth, Part I that failed to convince anybody of much—the unquestionable truth lay in the silence of cash registers.

Gold Cobra is what the band has dubbed its comeback LP, and its cover art—courtesy of long-suffering guitarist Wes Borland—is appropriately Smell The Glove horrible: transparently phallic, arching cobra of monstrous proportions, trio of ghastly, bikini’d creatures that suggest Sirens from Greek mythology, some brain-dead Suttree-esque voyeur observing from behind the tree-line. One is put in mind of 70s/80s amateur van detailing, of art projects conceived and executed under the influence of homemade street drugs, of Jim Anchower, of, well, Limp Bizkit-inspired conceptual paintings by Limp Bizkit fans.

(I have no hard data to support this, but I’d say that 99 percent of interpretations of that thing up there are identical: the band is the cobra, the harpies are groupies, that dweeb in the background is the listener. If you reached this or a similar conclusion, you, like me, have wasted 60 seconds of your life that you’ll never get back.)

In the pantheon of Bizkit imagery, this is nothing special; contextually, it’s transcended by the altered-snapshot ordinariness of Results May Vary cover art (no Borland, no legitimacy) came across as downright revolutionary, a Photoshop riot.

Without having heard a note of this album, I feel confident in saying that the cover is enough, that it carries or implies the promise of dunderheaded, circa-2000 state-of-the-art mook-metal with such utter and total effectiveness, with such wanton-if-unsurprising tastelessness, that there’s no shame in framing Gold Cobra as an idea rather of an actual collection of songs with verses, choruses, drop-tuned guitars, and publishing credits. Unless, of course, the track listing is huge red herring, and Gold Cobra is actually a punk-rock opera about the evil forces of Cobra from G.I. Joe. But don’t count on that.