The Biggest Character on Tilghman Island

Captain Buddy Harrison is the person I want to meet. 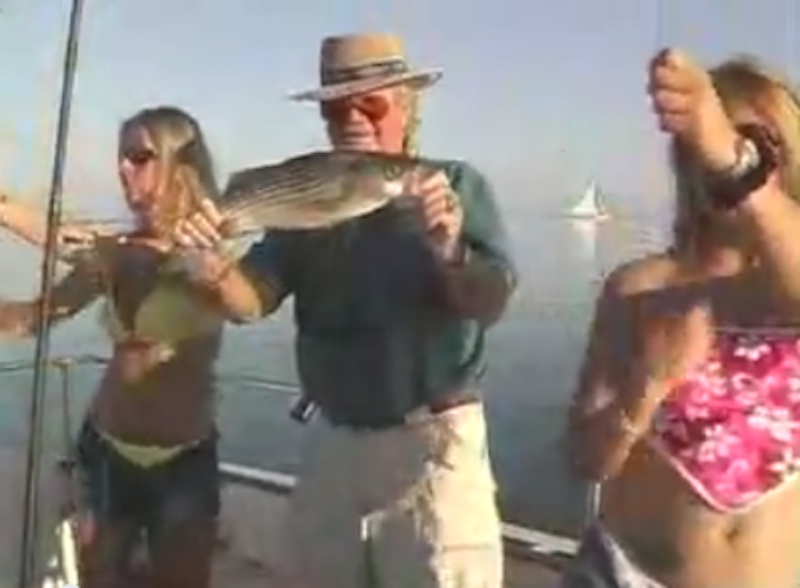 When I’m on Tilghman Island, a tiny place tucked away on Maryland’s Eastern Shore, I come across some fascinating people. Many islanders were born and bred here; some have never even been to the nearest “big city,” Easton (it’s not, but there’s a movie theatre and a Walmart, so it’s New York City compared to here). You couldn’t invent the characters who walk this small under-four-mile stretch of land once home to only the Choptank Indians.

There is a legendary man named Captain Buddy Harrison on Tilghman Island, though I’ve never met him. I’ve heard about him from everyone else on the island and he’s one of the people in the world I’d most like to meet. He’s a charter boat fishing captain and an owner of the source of the island’s self-described “no apologies, lots of butter” country cooking, Chesapeake House Harrison’s Country Inn. It’s a huge operation with marina, hotel, charter fishing and hunting, restaurant and shop. The islanders call it “Buddyworld” because it’s simply the local Disneyworld. Captain Buddy’s been in the news a few times for violating fishing and hunting regulations, allegedly having lost his licenses in both. Rumors of high-finance real estate deals abound. But someone made my day yesterday by telling me about the existence of this video:

… and it is surreal.

“Stop stayin’ home and wishin’, and get out on the Chesapeake Bay and fishin’!”

I’m not sure when the video was made, it was uploaded in 2007, just two years after YouTube was founded and looks like it may have been produced originally on probably VHS or something. It’s quite highly produced with musical score/background singers, a full-scale video production, bikini-clad background dancers (with their hysterical reel-it-in dance and vague looks of disinterest) and of course the star: Captain Buddy himself. Rapping. Sort of.

I got a big straw hat and a diamond ring.

I got a Rolex watch and snakeskin boots

and I'm mighty proud of my island roots.”

If you don’t watch the video for the outrageous gold jewelry, worse-than-Donald-Trump-comb-over and reeling in of dead fish impersonating real fish, please watch it for those sockless snakeskin boots, “Pop Up Video-“ style captions and use of the phrase “Viagra plan” in the background song lyrics.

In one of the most hilarious parts of the video, Captain Buddy, who appears to be drunk during the entire production, sing/speaks “There’s no need to go back to town, Captain Buddy’s gonna bed you down,” while he’s lying slumped over on a cheap motel comforter.

One rumor on the island is that if you owed Captain Buddy money, the bridgetender knew your car, would stop you at the drawbridge and raise it under the Captain’s orders so you couldn’t get onto the island. Harrison himself, now age 80, even confirms the story in the video, which ends with a shot of him passing under the island drawbridge. “You better get on that Buddy Plan.”

People talk about having dinner with presidents, celebrities or authors? I’d take an oyster dinner with Captain Buddy Harrison over any of them.