Apply these to your daily lives. 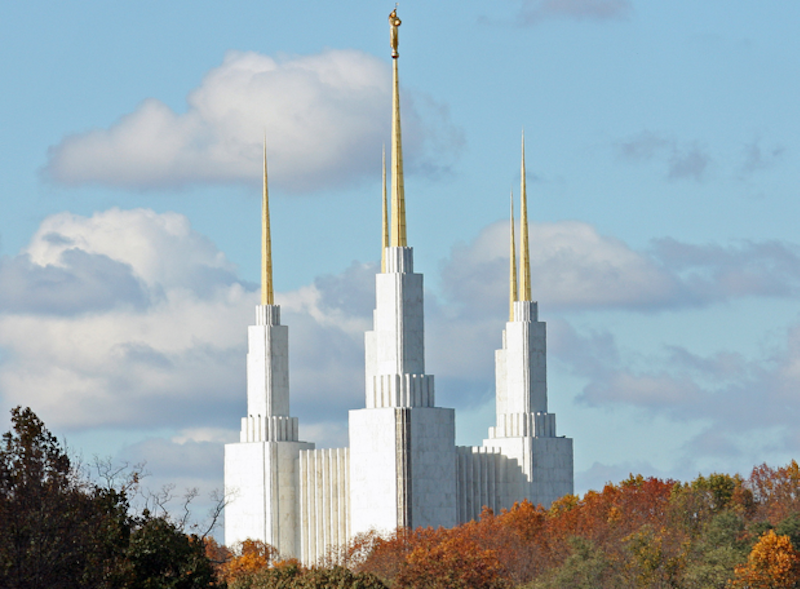 Grant that I can like Mormons while being an atheist. As so many people have observed, Mormons seem nicer, tidier, and more polite than average regardless of how weird others may consider some aspects of their faith. And since all of you religious people look fairly crazy to me, I don’t like seeing the Mormons singled out for abuse.

If nothing else, remember they gave us Donny and Marie Osmond. Marie has a new album called Music as Medicine (which would be a great title for a Christian Science album, too) on April 15, the same week as my book (with cartoonist Nathan Smith) Libertarianism for Beginners. Why not get both and enjoy them together?

If new Marie doesn’t do it for you, take a look back at her and Donny’s astounding TV segment covering Steely Dan’s “Reelin’ in the Years.” You have to at least appreciate their influence on a couple Simpsons sequences even if you don’t enjoy the ice skaters.

Consider how weird it is that Glenn Beck didn’t like Mitt Romney. Beck is a convert to Mormonism—and an odd guy—but no mere partisan of his new faith, since he didn’t endorse Romney’s 2012 presidential campaign, and you’d think Romney would’ve been the perfect chance for Beck to defeat Progressivism (in the form of Obama), back a fellow Mormon, and seemingly fulfill the old Mormon prophecy about how a Mormon president would rescue the republic at its time of greatest need, when “the Constitution is hanging by a thread.”

But know the odd context of the “prophecy.” It was likely intended as a reference to Mormonism founder Joseph Smith’s own pro-free-trade, independent presidential campaign in 1844, cut short by the guns of a mob of assassins.

Worry with me that Romney may in fact be as good as it was ever gonna get. No, really. Have you seen this year’s candidates? I’m now reduced to hoping Cruz stops Trump.

Thank the Book of Mormon for Battlestar Galactica. That’s right. Think about it. Ancient land of pyramids as a starting point. Thirteen Colonies/tribes (a la the U.S. and Israel, respectively, with one “lost tribe”). Angels. Demonic tempter figure. Different planets for different folks. Ancient wars of annihilation. Quasi-resurrection stuff. It’s not a coincidence. You were basically watching the Book of Mormon on Netflix a couple years ago, my friend.

Wonder with me how director Bryan Singer will make Galactica seem fresh again if he ever does the rumored film version. I mean, we’ve seen this story twice already—and the second time around it played constantly with the idea that “all of this has happened before,” as if both the show itself and the events depicted within it are part of a repeating historical cycle (perhaps including the Book of Mormon as well). How do you do a two-hour remake version of that a few years later without it just becoming meta-redundant?

Agree that it makes a lot of sense Singer is doing X-Men: Apocalypse in a few months. I think he’s got a soft spot for this Biblical-prophecy type stuff—and mutants, of course, not just Mormons. He was adopted into a Jewish family, you know.

Resist fascism by remembering Starship Troopers. Instead of adapting Galactica, Singer may adapt libertarian Robert Heinlein’s novel The Moon Is a Harsh Mistress. Singer wasn’t responsible for the earlier Heinlein film adaptation Starship Troopers—and it wasn’t too libertarian in tone—but one of many moments in it that effectively parodied fascist propaganda was its off-hand reference to the extermination of a colony of “Mormon extremists.” When we remember that those extremists were still people—as in some sense were the giant insects who were trying to defeat humanity and of course the mutants in the X-Men movies—we enlarge the fellowship of sapient beings and help foster the biggest love of all.