Jill Soloway can shut her mouth. 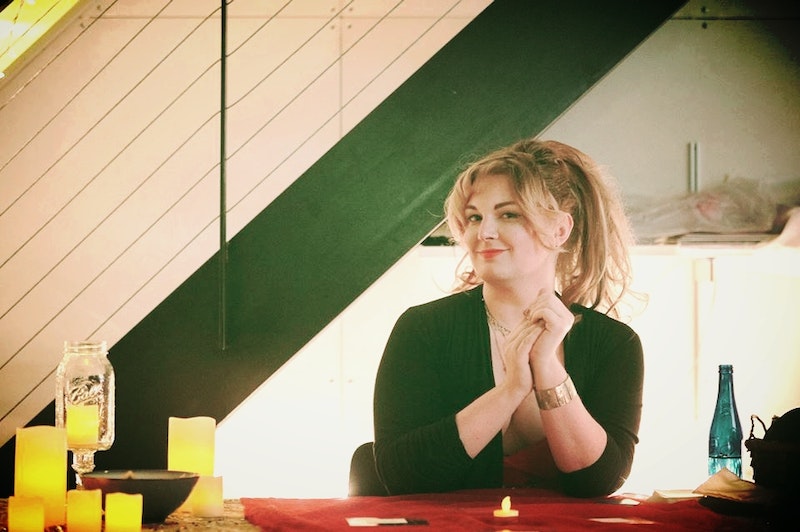 2015 was heralded as the most violent year for trans people on record, but there’s no way to quantify that in any meaningful fashion. Contrary to popular belief, violence isn’t just a case of getting shot or stabbed. Attacks on people’s identities and sense of self are just as damaging as physical abuse in their own ways; suicide is, in many cases, just a murder that takes place over the course of many years.

That’s how Bryn Kelly was taken from us. The beloved trans writer was found dead of an apparent suicide in her apartment last week. Having been in New York City for less than four years (and out for less than six months), I had never met Bryn, nor had I read her work. My first introduction to her accomplishments was postmortem; a friend shared her story “Other Balms, Other Gileads” the day after the news broke. I left the tab open, unread, for a full day. When I made it through the last paragraph on Saturday morning, I wept. It wasn’t just the hormones, either. Bryn had a mastery of emotion through her fiction that I wish I had, that I wish I’d been able to tell her she had personally. But she’ll never know how much her words meant to me in that moment.

Thankfully, there are other things Bryn will never know—among them, that on the morning I read her work for the first time, Transparent creator Jill Soloway took to Twitter to insert herself into the community’s grief. In a now-deleted tweet, Soloway wrote “Please support the memorial fund for @brynnn beloved member of our extended @transparent_tv family.” The show account tag alone would be in poor enough taste, but for Soloway to claim to have loved Bryn when she apparently wasn’t good enough to actually write for Transparent—which has yet to employ a single trans woman writer other than Our Lady J—is so tacky that it’s, well, transparent.

But it’s even worse when you compare Soloway’s crocodile tears to the content she’s actually pumping out. In her show’s new second season, the episode entitled “Man on the Land” brings Maura (Jeffrey Tambor) to a trans-exclusionary women’s music festival, the better to showcase her insultingly unrealistic naivete. As Twitterer @jlina pointed out before Soloway deleted her tweet, Bryn was an organizer for Camp Trans, an annual protest outside Michfest—the festival which is so clumsily aped in “Man on the Land.” Soloway hadn’t enough integrity to draw upon Bryn’s lived experience and talent while she was alive, yet she uses the death of a community figurehead to draw more attention to her show? The lack of self-awareness is baffling.

Then again, that’s what I’ve come to expect from Soloway and Transparent. At every turn, she’s blocked trans people who give her the slightest bit of grief on social media and given no time to perspectives that differ from her own in her countless fawning cis media interviews. Soloway’s personal brand relies on maintaining her status as the “trans whisperer,” a cis girl who somehow—through dint of discovering her parent is transgender—understands on a fundamental level the realities of dysphoria, transitioning, and average daily life as a trans person. She exists in a bubble that appears impervious to any needle.

I hope that, for her sake and that of the trans community, someone manages to chisel through that barrier soon. I’m frankly tired of having Soloway as a mouthpiece for the community, and if she pulls anything like this graveside grandstanding again, we’ll run her out of town on a rail. Until then, I just pray she’ll leave us in peace to bury our dead.

See, we don’t need cis people to help raise money for memorial services—especially not when they’re the ones who create a climate that results in memorials rather than birthdays. Bryn’s fund reached its goal in five days; any additional funds “will go directly to a scholarship for trans women and a NY based housing justice organization,” according to the organizer. This is the strength of the trans community. We don’t need outside help to help us grieve. If anything, we need it to fight the discrimination and violence our “extended family” faces every day.

Jill Soloway is at best a distraction, someone who centers the conversation on herself while claiming to be a trans advocate. But we don’t need conversations on how sad it is to be trans. We need to talk about how to live better, how to bolster trans mental health so we stop worrying which of our friends will kill themselves next. We need conversations about how to prevent the wave of trans kids who find themselves on the street, and where to direct them when they still, inevitably, fall through the cavernous cracks.

All these conversations require one thing: more volume for diverse trans voices. So until you’re ready to legitimately lift up everyday trans folks, Ms. Soloway, I invite you to shut your mouth and listen for a while.