The most self-absorbed and greedy generation has left their kids in financial and moral hock. 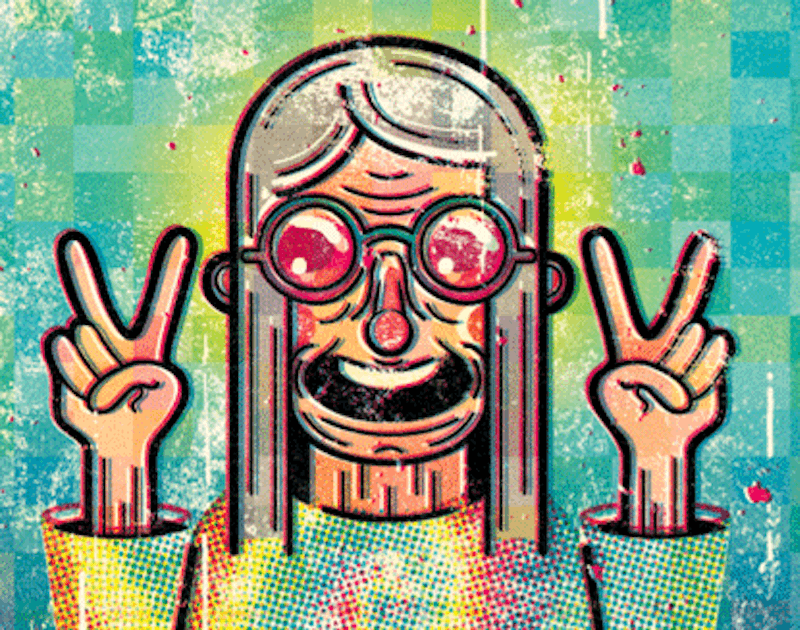 Nick Gillespie’s “The Real Class Warfare is Baby Boomers vs. Younger Americans” is the clearest cut on our generation gap I’ve yet seen. What exactly have the Baby Boomers done for us? To recap: they gave up in the 1960s, became selfish, materialist yuppies, coasted comfortably through the 80s and 90s, hoarded all the wealth and stuff they could, sought happiness in materialism to mixed results, drained our government of resources with too many tax cuts, too few regulations, and refused to give up one iota of their Social Security or Medicaid. Baby Boomer Bankers crashed our economy with spectacular success not through any ingeniously evil master plan—but with vastly inflated egos and an unquenchable thirst for money, more and more money. Then again, these are the people who thought Gordon Gekko was the hero of Wall Street. It’s really not a surprise that an army of Patrick Batemans did this to us.

The Baby Boomers grew up around serious strife—Vietnam, the Cold War, Cuban Missile Crisis, Chicago ’68, the lingering effects of WWII—and they’re over it! They’ve been spoiling themselves ever since Carter left the White House. Everything comes back to money. They’ve had their spiritual experience: Boomers believe they already changed the world, and expect my generation to do the same with vastly diminished resources, and a pop culture so congested with indigestible regurgitation it’s amazing we haven’t all gone blue in the face yet. There won’t be a second Beatles because the Boomers won’t let it happen. Generation X and especially the Millennials have been brought up in a Boomer value system that we can’t escape: craven commercialism, business acumen at the expense of meaningful progress, personally and culturally. We’re a culture retarded by perpetual adolescents, adult children, and a growing legion of poor and very poor Americans not only disregarded by Boomers in power but also mocked by scumbags like Mitt Romney (b. 1947).

Electing Romney would crystallize all that is awful about the most selfish, egotistical generation in history: the man is so focused on accumulating wealth and rising the ladder for its own sake, that he comes off as bizarrely inhuman, more often than not comically robotic, like an ill-programmed android missing his empathy chip. Making money is not a goal in and of itself. Investment bankers and spec traders have such massive egos and such volatile self-esteem issues because they are dead inside. There is nothing that stirs them, and they have no defense against the waves of doubt and worthlessness besides more stuff and more money. That may work for some lesser-brained folks, but it’s a mentality that will destroy the United States before 2050 if left unchecked.

Baby Boomers are not thinking of their kids, they’re thinking of themselves. They whine about tax increases and entitlement cuts without ever thinking of what they’re leaving behind for the kids they raised as totally unique and special and radically awesome and gifted in their own special way. The coddling we got was not about us, it was about them—our kids are special and deserve the best because they came from us, and remember, they’ll never be as cool or smart as us, and we’ll make sure of it by destroying public education, art and music programs, physical fitness, even pop culture. When probed on climate change and what it means even 50 years down the line, they pass the buck: “I won’t be around.” The fuckers!

We are the children of violent, narrow-sighted and minded narcissists dead set on heading into as plush a retirement as possible. They can afford $200 Bruce Springsteen tickets, luxury condos, and endless media collections in multiple formats. None of these things are inherently bad—we can harness all the comforts and medical/technological advances we have into something of a human paradise as Terrence McKenna says. We sorely need an attitude adjustment, though, and don’t count on it coming from organizations and bodies like Viacom, G.E., Disney, News Corp., CBS, and Time Warner, who exist to grow, make money, gain, and maintain power. It’s a sick machine feeding itself, exhausting ambition, creativity, and will in a blind pursuit of higher returns.

Younger Millennials feel emasculated by a behemoth culture of wealth and the empty pleasures of digital popularity. We seem unable to do anything but pass the time. Occupy Wall Street was a flailing, pseudo-intellectual mish-mash of overripe idealism, the PC-compulsion to recognize everyone’s point of view no matter how chronically ill-informed and stupid, and a shocking lack of pragmatism. A not-so-silent majority of craven racists rose as the Tea Party and continue to pockmark our discourse with blatantly bigoted attacks against President Obama for being “un-American” despite absolutely zero evidence attesting to this. These idiots were co-opted from the beginning by greedy neocons who don’t want to pay taxes or build a future for our kids. There is no in between.

Instead of questioning the systems and ideas that keep companies like Microsoft running, we make jokes about how no one uses Bing. Instead of crying foul at Apple’s absurdly inhumane manufacturing process in China, where workers either kill themselves or drop dead of exhaustion, we ask Siri for sex advice and call her a bitch. The Po-Mo 90s effectively destroyed any sentimentality or real feeling left in our pop culture. Irony is the death of humanity. Now we talk in double reverse sarcasms, constantly unsure of what we mean and if we believe in anything at all other than our own material satisfaction. It’s why you have half a nation doped on anti-depressants, stimulants, and benzos.

We didn’t make the choice to behave selfishly or be so self-absorbed—it’s in our DNA. It’s the only way we know how to live: free from sacrifice, in a world where someone else will surely do it, able to enjoy all the amenities, comforts, and distractions possible in the first world, multi-decade coke binge we’re coming down from right now. The Baby Boomers are so selfish and delusional they can’t see what they’re doing to their kids’ quality of life, how we’ll have to pay into entitlement systems that will never give us what it gave them, how oil and natural gas will be exhausted before our own retirement, and how wickedly poisonous a value system they’ve passed down.

So tax them. Take away their Social Security, their benefits, their inflated salaries. Redistribute that wealth and bring some of that nice down here. Allow us to pay into a socialized medical system that’s better than the one we’ve already got (the E.R.). In essence, it’s the cognitive dissonance that’s killing us. The United States is far from the best country in the world, yet it’s all we’re ever taught. There is nothing that we are the best at and no one wants to admit it. We should be spitting on people like Mitt Romney because he is what is wrong with this world: he feels nothing, and people outside his tax bracket may as well not exist.

Bill Gates would be a far more inspiring leader because of how many lives he’s saved, how he’s single-handedly increasing the quality of life for thousands of people abroad. He’s still mega-rich, but being wealthy comes with a responsibility to make the world a better, more livable place. I don’t really care what Obama believes deep in his heart, because his stump speech is exactly what we need to hear: sacrifice, ambition, recognition of the oppressed, and a healthy scorn for the poor suits who get their feelings hurt every time the President bad mouths Wall Street.

The Boomers are looting the ship as it sinks, hogging the lifeboats and plugging their ears as their kids drown in a debt-saddled first world lifestyle they’ll never be able to afford.